Producers of TV shows are ready to do anything to get TRP. The idea of crossing the limits of decency in a quintessential family entertainment show is out of date. Shows with love stories are getting reduced to the extent of obscenity in the intimate scenes between the protagonist and heroine But now Nia Sharma’s item dance in a comedy show is being discussed in the media and it is being said that this performance is for the promotion of one of her music videos but some people associated with the creative team of the show say that For this part of the show, the creative team was being pressurized by the management itself.

According to sources in the making of the Zee comedy show, music composer Anu Malik had come as a special guest for the shoot of the show, to be aired this week, while singer Rahul Vaidya and bold star Nia Sharma were here to promote one of their music videos. People present on the shooting of the show say that Nia Sharma and Rahul Vaidya had a lot of fun during the shooting. During the shoot, Sanket Bhosle in his Sanjay Dutt avatar started his chat show ‘Baba Ka Darbar’ on stage with Farah Khan and Anu Malik as his special guests. In the middle of this act, Rahul and Nia entered the set. During this, Nia Sharma also danced on her recently released song. Although the tunes of the song are like Garba, the performances shown by Nia Sharma during this time were seen by people like an item dance. 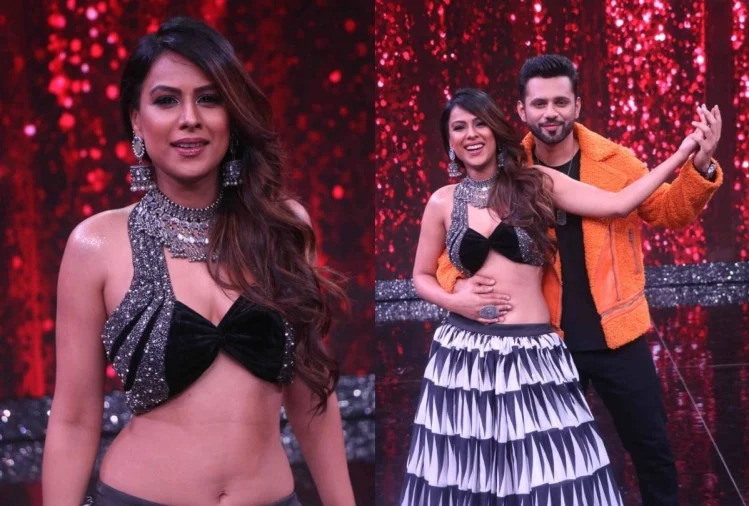 However, in a statement released later about the shoot, Nia Sharma said, “It was a very short and sweet visit, but we had a great time promoting our song with Baba Sanket Bhosle and Farah ma’am. The festivities of Navratri are on and the trend of music videos is also in full swing. I also got to dress up in this. I had some wonderful moments.” Music composer Anu Malik said on the occasion, “It is an unprecedented moment for Farah and me as Rahul started his journey in front of us and since then, where he sits by my side in a comedy show to promote his song. His journey has been commendable. He is one of the best and most talented human beings I have met. I wish them all the best.”

Your Favourite Stars Who Vanished From Spotlight; Where Are They? What Do They Do?
Taking The Path Less Traversed: Nusrat Jahan
Know Why Anupam Kher Said, ‘Mahesh Bhatt Is A Very Big Fraud’, Wants To Teach A Lesson.
Shoaib IbrahimWins Heats By This Epic Reply To A Fan Asking If Wife Dipika Kakar Is ‘Hindu Or Muslim’