“No Welcome In The City Of Nawabs”, Protest Against Priyanka Chopra In Lucknow, Deets Inside!!

There is a protest against Global Icon Priyanka Chopra in Lucknow. Three years later, Priyanka Chopra, who came to India, was promoting a hair product in Mumbai recently. It was said that she would leave for America directly after promotion, but unfortunately, things didn’t work out in a planned manner and that did not happen. Let us tell you she is in Lucknow these days. In the city of Nawabs, Priyanka Chopra is going to different Anganwadi centers and meeting children over there. 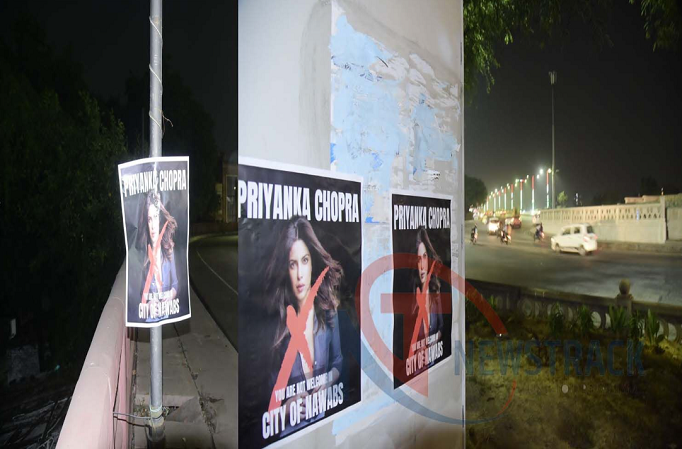 But something quite surprising is coming to the fore after her visit to Lucknow. Actually, posters of Priyanka Chopra are installed in Gomtinagar, Lucknow. And every poster there has a cross with red color. Not only this, it is written on the posters- “You are not welcome in the city of Nawabs”. Now the question arises that why is there a protest against global icon and India’s desi girl Priyanka in Lucknow? Who is doing this? The answers to these questions have not been revealed yet. However, the police is investigating the matter. 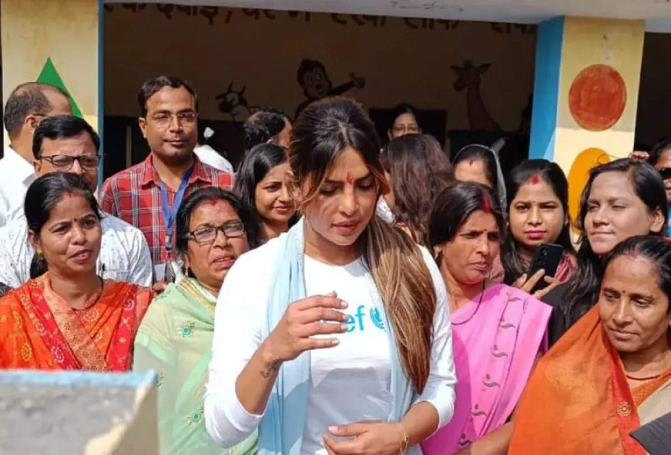 Let us tell you that Bollywood actress Priyanka Chopra has reached Lucknow under UNICEF program after promoting in Mumbai. She will stay here for two days. According to the information received, Priyanka will visit Lok Bandhu Hospital and One Stop Center 181 women helpline during this period. Apart from this, Priyanka Chopra will also visit New Born Care Unit and Women’s Hospital and UNICEF office at Gomtinagar. Let us tell you Priyanka is traveling to India without her daughter Malti who is with her father Nick Jonas.