Once Worked As A Waitress, Now Smriti Irani Handling The Ministry In Modi Government- Deets Inside

Union Women and Child Development Minister in the Modi government, Smriti Irani was once a popular TV actress. Of course, today the world knows her for politics, but there was a time when her image was that of a daughter-in-law who took care of the house. Smriti’s birthday is on 23rd March. She was born in the year 1976 in Delhi. Smriti, who started her career with TV serial Aatish, has worked in serials like Hum Hain Kal Aaj Aur Kal, Kavita and Kyunki Saas Bhi Kabhi Bahu Thi, but do you know what Smriti used to do before coming to the world of TV. 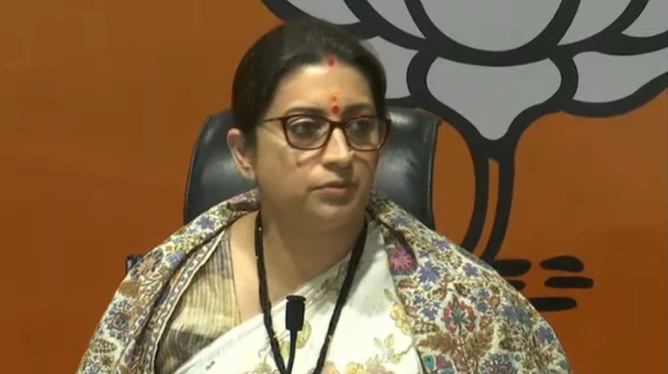 Smriti has studied till class 12 from Holy Child Auxilium School. After this she took admission in School of Learning, University of Delhi. To help her father and earn some money, Smriti even worked as a waitress in a hotel. During this time someone suggested her to try her luck in modeling and thus she came from Delhi to Mumbai.
In the year 1998, Smriti made her place in the Miss India pageant finalist. In the same year, she was seen performing in the song ‘Boliyan’ from Mika Singh’s album ‘Sawan Mein Lag Gayi Aag’. She became a household name with Ekta Kapoor’s show ‘Kyunki Saas Bhi Kabhi Bahu Thi’. Although earlier Ekta Kapoor’s team rejected her for this role. 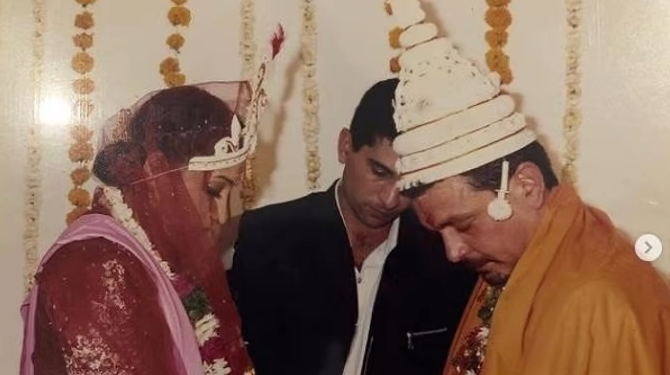 Smriti also worked in many serials like ‘Virudh’, ‘Teen Bahurani’ and ‘Ek Thi Nayika’. In 2003, Smriti Irani joined the Bharatiya Janata Party. The very next year, she was made the Vice President of the Youth Wing of Maharashtra. In 2010, Smriti became the National Secretary of BJP and President of Women’s Wing. In the year 2014, contested the Lok Sabha against Rahul Gandhi from the Amethi seat of UP, although she lost. In the 2019 Lok Sabha elections, Smriti Irani defeated Rahul Gandhi by 38000 votes. Smriti Irani has been the Minister of Human Resource and Development in the Modi government and is currently handling the Minister of Textiles and the Ministry of Women and Child Development.

In 2001, she married Parsi entrepreneur Zubin Irani. In October 2001, she gave birth to a son, who was named Johar. Two years later, ie in September 2003, she became the mother of daughter Joish. Zubin’s first wife’s name was Mona. Mona and Smriti were already friends. After Zubin and Mona separated, Zubin married Smriti.