Priyanka Chopra is global domination. She has proved to the world her talent and her worth but is still at the receiving end of a lot of criticism. She has been getting trolled for everything that she does. And a few years ago, she was trolled for her picture that she posted on social media.

Now that Priyanka Chopra is married to the global pop sensation Nick Jonas, she has become a target of people for marrying someone much younger than her. But before that happened, she was criticized for her dresses and appearance. And even her hairstyle or the way she posted her looks on social media.

Well, we’ve got our hands at an older picture of Priyanka Chopra and she seems to be out of her zone in that pic. She is donning a blonde hair color and look off the element. 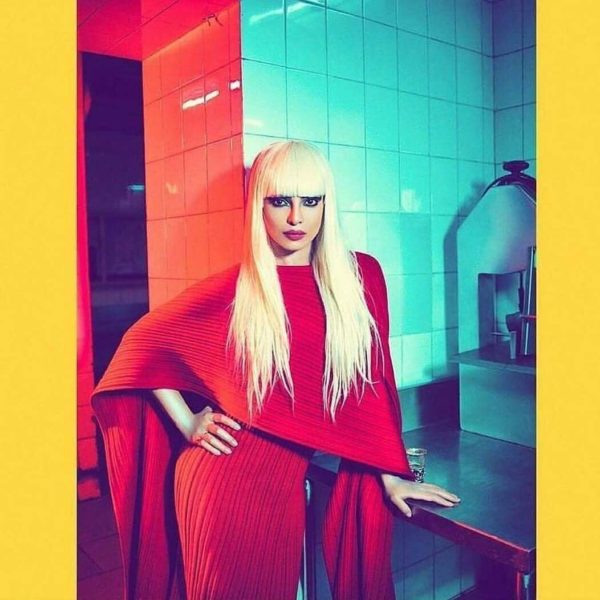 picture from 2015 has gone viral and people are having a hilarious time captioning the same. Hair Stylist Priyanka Borkar shared the picture on Instagram and this is how it got circulated over the internet.

1. You ordered noodles
2. you didnt like them
3. you put the noodle bowl on the head of the waiter
4. … pic.twitter.com/fwuCuAldjk

Guys, the wait is over. Radhe Maa is back. pic.twitter.com/bfk60vMfSd

Ranveer Singh’s Dad Doesn’t Like Him Spending Money On Flowers For Deepika, Ranveer’s Response Will Win Your Heart
Video Of Rajeev Sen & Charu Asopa Having Golgappe At Their Wedding Is Couple Goals
Paras Chhabra In Shock As His Suitor Aanchal Khurana Hospitalized Right After Mujhse Shaadi Karoge!
“Faisal Cheated On Me Twice”- Muskaan Kataria Opens On Her Break-Up