Rakhi Sawant has been in the headlines recently. It all started last Monday when the pictures of Rakhi Sawant getting married to an NRI started doing rounds. The actress shared the pictures with a leading entertainment portal. She could be seen wearing a beautiful white bridal gown and donning a red choodha in her hands. The news of her wedding to an NRI in JW Marriott hotel in Mumbai on 28th July became the headlines of the day. However, the actress later rubbished all these news stating that she isn’t actually married yet. 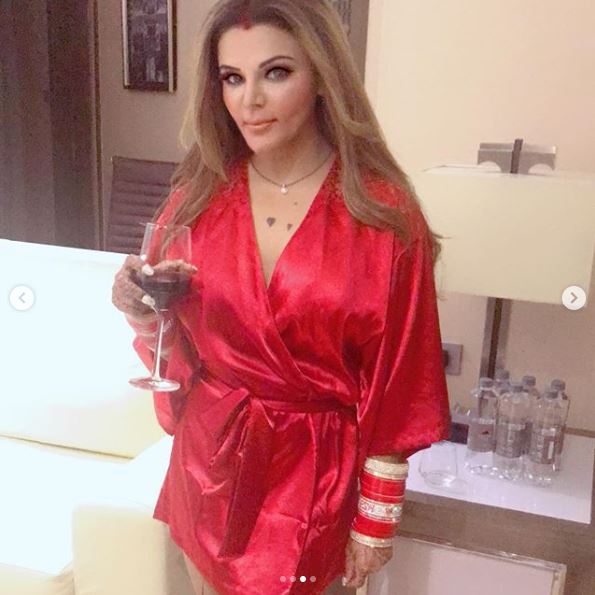 However, a few days later, Rakhi Sawant shared yet another video in which people could see her mangalsutra and sindoor clearly. People guessed that she wouldn’t take a joke to such level and the discussions surrounding her marriage became hot once again. Talking to the website, she said, “Main darr gayi thi, haan maine shaadi kar li hai. I am confirming the news with you today. (I was scared but yes, I got married. I am confirming the news with you.).”

Rakhi also shared details about her husband. She said, “His name is Ritesh and he is in the UK. In fact, he has already left. My visa is underway and I will join him. Of course, I shall continue to work whatever I get in India, so will shuttle for that. I always wanted to produce TV shows and I think my long-standing dream will now be fulfilled. I thank Jesus for giving me such a wonderful husband.”

“He was my fan ever since he first saw my first interview with Prabhu Chawla. He whatsapped me. Messaging and then talking to him, we became friends with the passage of time. This happened about a year-and-half back,” she added.