Rhea Kapoor Flaunted Her Hot Dress; even Karan Is Blown Away

Sonam Kapoor’s sister Rhea Kapoor’s wedding is going to be almost a month. After marriage, both of them had come out with many pictures of parties and functions. Now, these days Rhea is enjoying her honeymoon in the Maldives with her husband Karan Boolani. During this, she was seen in a very hot dress. Rhea has appeared in a completely different avatar in every function since her marriage. She mostly likes to wear simple outfits. 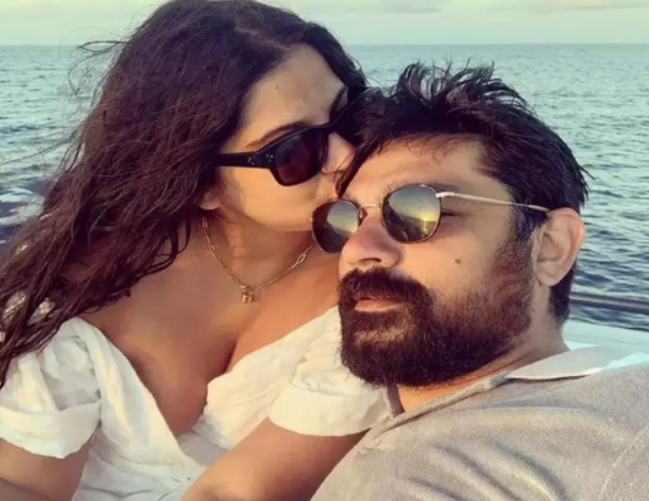 The fashion sense of Anil Kapoor’s younger daughter had grabbed the most limelight during the Kapoor family’s home functions. She wore a chunari made of white-coloured pearls apart from the rest of the brides, which was a new tradition in itself. Riya was also praised a lot due to her styling sense. Now once again in their honeymoon photos too, their outfits are making headlines for being completely different. 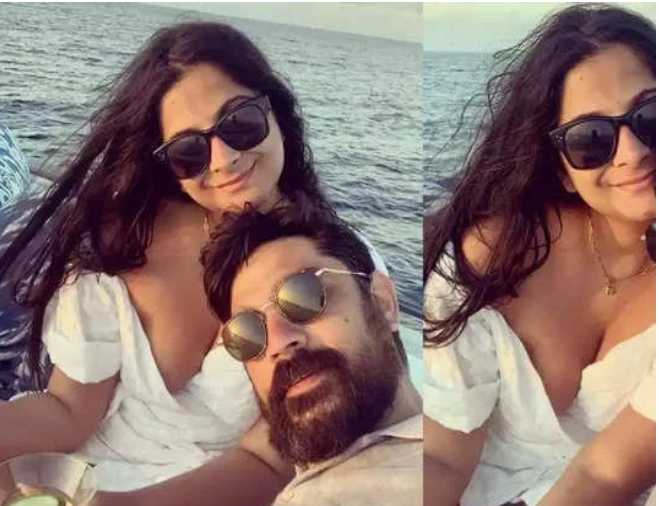 Actually, Karan Boolani has shared some pictures of his honeymoon with his wife Rhea Kapoor on social media. In these photos, Rhea was once again seen in a bold look. These pictures of both are becoming increasingly viral on the internet. Rhea is seen in a white dress in which she looks very beautiful and cheerful. While Rhea choose a midi dress for herself, Karan was seen in a gray T-shirt.

The white dress that Riya wore was a fuzz-free style that looked perfect for any vacation or holiday. The outfit looked very comfortable to look at. Rhea’s dress was given wrap pattern detailing from the front, which was giving a deep V neckline in her attire. Due to which Rhea’s look became very bold. At the same time, check prints were also seen in this dress with matching colours. The sleeves were kept fairly loose keeping the sleeves half and a white stripe was added at the hemline. 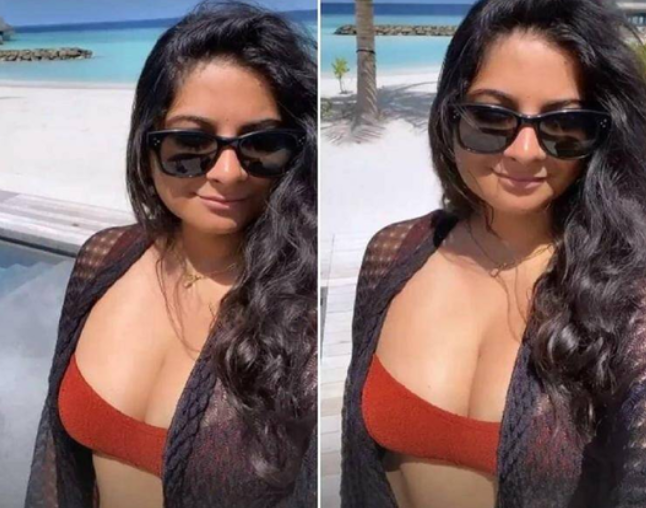 The waistline of this wrap patterned dress was given a ribbon of matching fabric, which helped to show off her body curves. Keeping this look makeup-free, Rhea wore a gold chain with a lock around her neck. At the same time, along with her husband Karan, she was also wearing black shades. Rhea left her hair open. You can also take ideas from this look of Rhea in terms of honeymoon.
In this look of her honeymoon, Rhea is seen wearing a bralette top. She wore a revealing bralette top of red color, in which a deep U neckline was given. At the same time, the strappy sleeves were making it even more classy. In the hot sun, she clicked this picture of her on the seashore. To avoid tanning, Rhea also carried a black shrug made of net cloth. Rhea looked very bold and beautiful in open hair with matching shades.