Saif Ali Khan Completes The Shooting Of Adipurush, Playing The Character Of ‘Lankesh.’

Saif Ali Khan will be seen in the role of Lankesh in Om Raut’s directorial venture Aadipurush. Saif has completed shooting for his part for this film. The director of the film has shared some pictures in which Saif is seen cutting the cake and enjoying his wrap-up. Pictures of the actor cutting the cake and celebrating with his team are going viral on the internet. 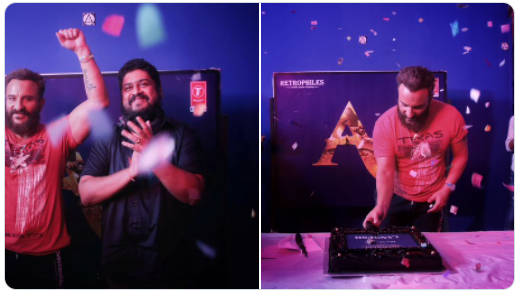 Director Om Raut shared Saif Ali Khan’s pictures on his Twitter handle and wrote, “It was a lot of fun shooting with you Saif Ali Khan!!!” 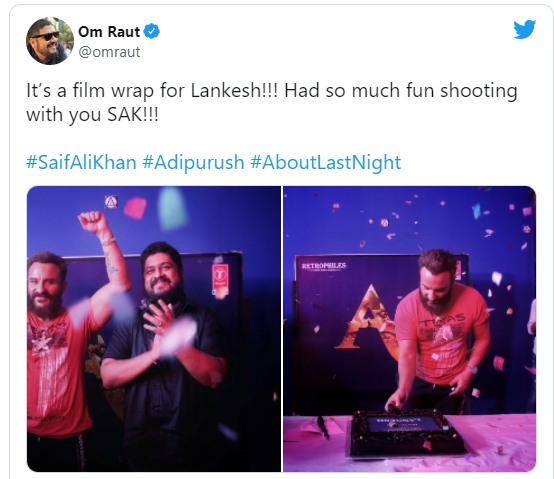 Prabhas is playing the character of Maryada Purushottam Ram in Aadipurush. Kriti Sanon has been roped in to play the role of Sita. The long-running search for Laxman in the film has stopped on actor Sunny Singh. The film is going to release next year on Thursday of Independence Day week i.e. 11 August 2022. Akshay Kumar’s film ‘Raksha Bandhan’ with director Aanand L Rai will also be released on the same day. Apart from Hindi, this Ram Katha, starring Prabhas, Kriti Sanon, Sunny Singh and Saif Ali Khan, will also be released in Tamil, Telugu, Kannada and Malayalam. 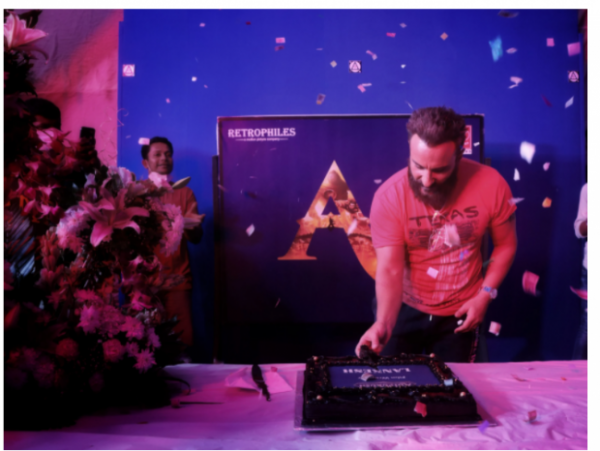 Film director Om Raut is bringing VFX technicians from Hollywood films like “Avatar” and “Star Wars” this time to the film. Om Raut’s previous film ‘Tanahji’ has been the highest-grossing film of Hindi cinema of the last year. The budget of the film ‘Adipurush’ is said to be around Rs 400 crore. ‘Adipurush’ is being produced by Bhushan Kumar’s T-Series.