The untimely demise of TV actor and Bigg Boss 13 winner Sidharth Shukla left the entire nation in a state of a shock earlier in September. Besides his die-hard fans, one person who might not just get over this loss is actress Shehnaaz Gill. Gill and Shukla developed an unbreakable bond with each other inside the Bigg Boss house. They were rumored to be dating too.

Shehnaaz was in great pain after losing Sidharth. She was not even ready to get back to work. But recently, the actress had to make a public appearance for the sake of her work commitments. Her movie ‘Honsla Rakh‘ alongside Diljit Dosanjh and Sonam Bajwa is coming out soon. Shehnaaz is currently in London promoting the same. Several short clips and photos of Shehnaaz from an interview have surfaced online in which Shehnaaz can be spotted to be a little lost and silent. She is not her usual chirpy self, yet strong enough to face the world.

The clips and photos of Shehnaaz which are doing the rounds on the internet have made her fans call her ‘sherni’ for putting up a brave exterior. In one of the videos, the singer could be heard saying that she would tell herself ‘Honsla Rakh’. Her fans are also asking her to stay strong.

Sharing the video of Shehnaaz from Honsla Rakh interviews, one fan penned, “Please don’t break my heart, trust me I have been broken before…”@ishehnaaz_gill #ShehnaazGill #Shehnaazians #HonslaRakh.”

Kangana Jokes About Thalaivi-Trend In Pakistan

Take a look at some of the tweets: 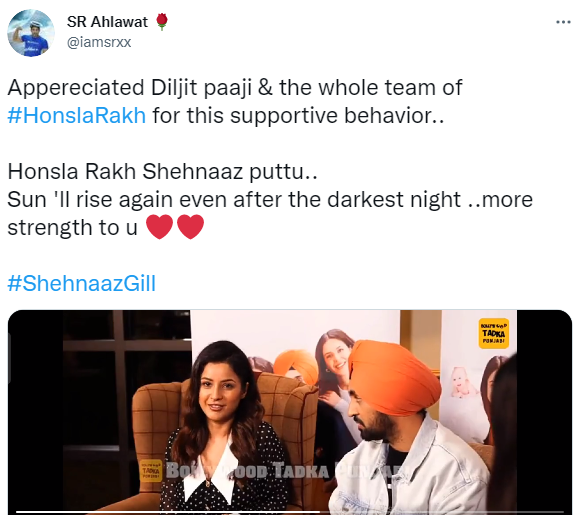 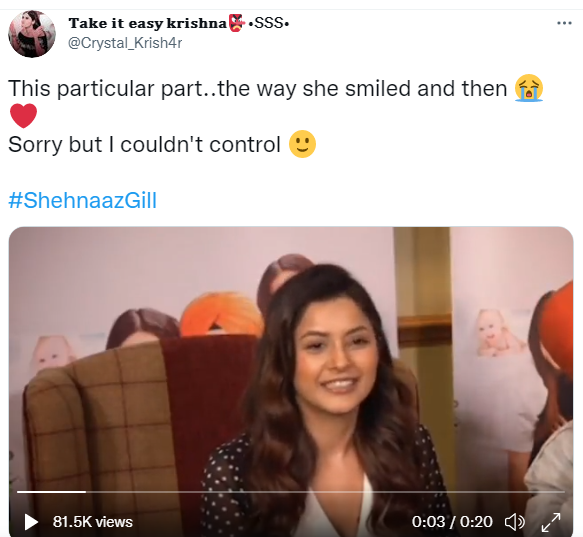 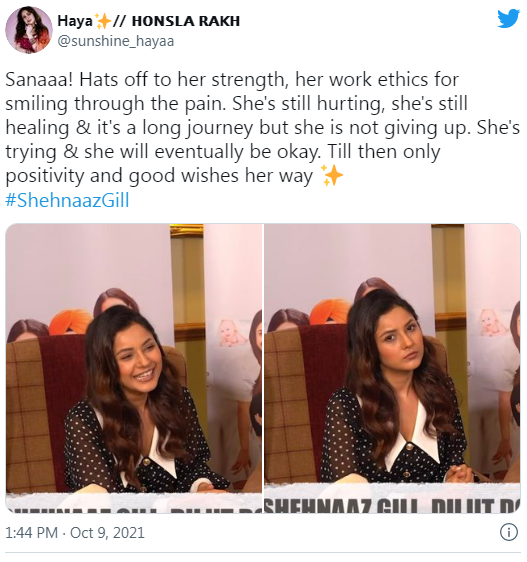 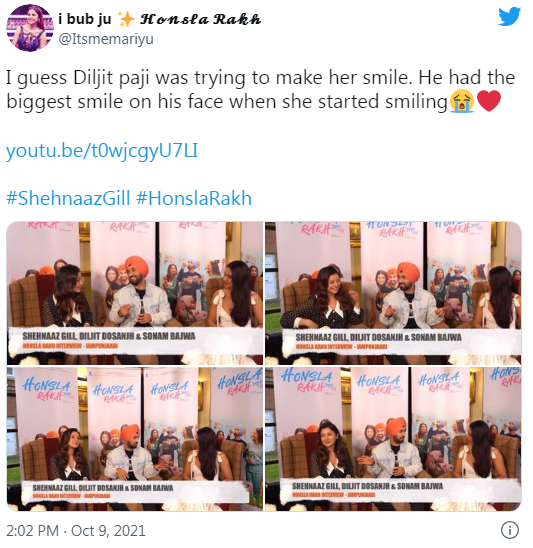 In an interview, Dosanjh has praised Shehnaaz a lot He has also revealed that Shehnaaz can calm any crying baby in two minutes. He said, “Shehnaaz kisi bhi bacche ko 2 minute mein chup kra sakt hai,” she used to say, “bet lagao paise do abhi baccha chup karke dikahti hun.” Meanwhile, Diljit has also been treating fans with amusing videos starring him and Shehnaaz Gill from the promotions.

For the unversed, Sidharth reportedly breathed his last in his lady love, Shehnaaz’s lap. Since his sudden death, Shehnaaz kept herself away from media glare and social media.