Holi, the festival of colours, was celebrated with traditional zeal across the country. People enjoyed the celebration with their loved ones, who were drenched in colour. Many celebs used their social media accounts to share photos from their Holi celebrations.

Shilpa Shetty, among others, offered fans a sneak peek inside her Holi celebrations with her children, Samisha and Viaan. She shared a video of her two tiny munchkins having a good time at the festival. On the other hand, Shilpa turned green and had her children play with flower petals instead of colours. 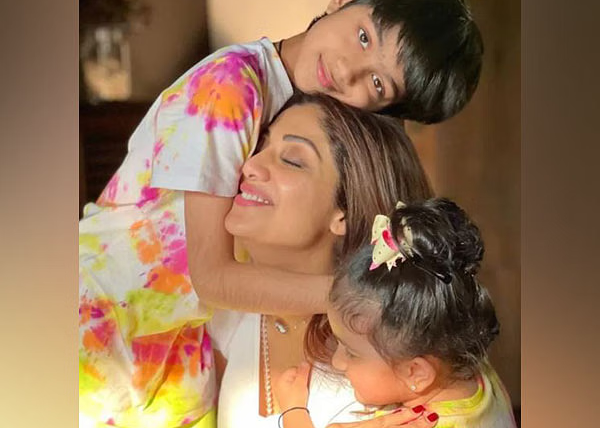 Both of the children are wearing white clothing in the short video clip. Viaan was dressed in a traditional kurta, while Samisha wore a bespoke top with her name printed on it. Sharing the glimpse, Shilpa wrote, “May all your worries and grief burn away in the Holika fire. It is the season of new beginnings, a new harvest, a new moon, and a new zeal for life… May you be showered with all the colours of happiness and love. Happy Holi to you and your dear ones! #HappyHoli #happiness #happyvibes #festivalofcolours #holi2022.” 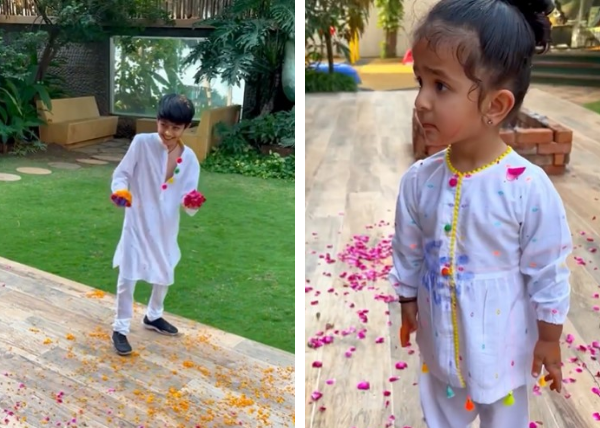 The adorable video drew the attention of Shilpa Shetty’s fans and industry pals, who flooded the comment section. Shamita Shetty, Shilpa’s sister, was one of the first to leave a remark, writing, “Happy Holi,” with three hearts. Farah Khan wrote, “This laddoo is so edible,” along with a heart emoticon. “Such a nice video happy holi viaana nd samisha,” one admirer remarked in addition to them. God bless you and send you tonnes of love.” Shilpa Shetty and her children had also celebrated Holika Dahan. While executing the ceremonies, she even posted the clip.

Shilpa also offered a glimpse of her Holika Dahan festivities with Samisha and Viaan last night.

Meanwhile, Shilpa is currently filming her forthcoming film ‘Sukhee,’ directed by Sonal Joshi, who has previously worked as an assistant director on films such as ‘Dhoom 3’ and ‘Jab Harry Met Sejal,’ among others.