Shruti Haasan And Her Beau Santanu Hazarika Pose For A Sweet Photo: Checkout!!!

Shruti Haasan is open about her relationship with Santanu Hazarika, a visual artist. The couple is in a live-in relationship and frequently post photos of themselves together on social media, giving followers a taste of their chemistry. 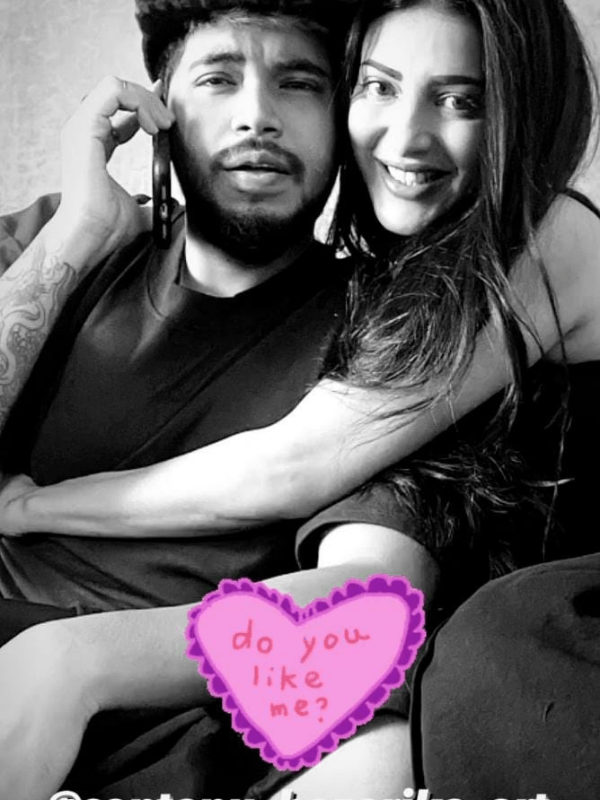 Shruti Haasan uploaded a photo with boyfriend Santanu Hazarika on her Instagram account. As they posed for the photo, the actress could be seen clinging on to him with enormous smile, and she even placed a sticker that reads, “Do you like me?”

She is a frequent user of social media and frequently uses it to share bits of her professional and personal life. Shruti Haasan recently revealed when she first met her lover and when the two began dating in an Instagram Ask Me Anything session with followers. 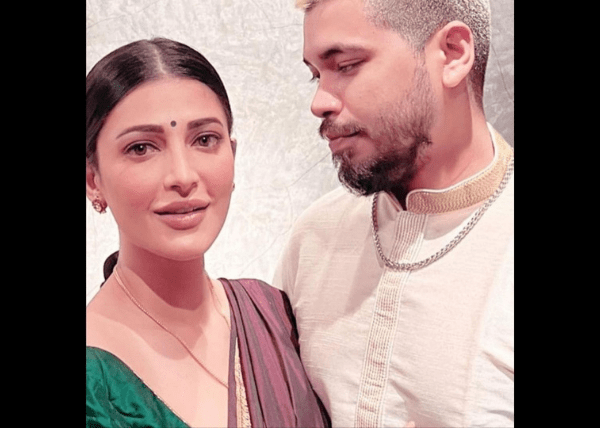 In the Q&A, she talked about how she met her boyfriend Santanu and how she feels about him. Santanu Hazarika, on the other hand, had a hilarious reaction to the situation. When Shruti Haasan met Santanu, a fan asked her a question.

She stated that she was aware of Santanu in 2018. They did, however, marry in 2020. Santanu also had something to say to the admirer because the fan had spelled his name Santanu incorrectly. Henceforth, he urged the fan to correct it, adding, “Shruti turned goody and spelled it sans H.” Another admirer had also requested Shruti to select her favorite person. She panned the camera towards the direction of Santanu. 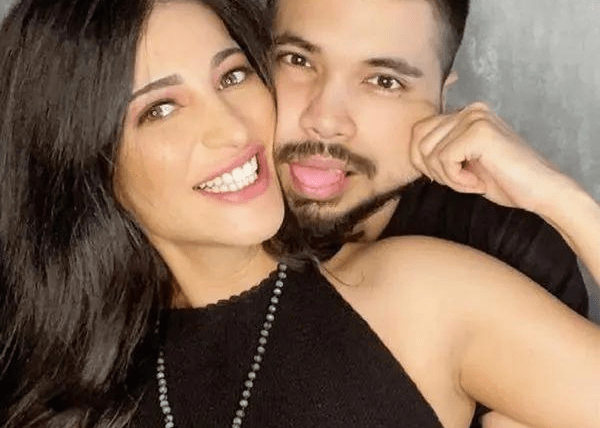 For anyone, this would be an aww-moment, since you’d assume she’s referring to Santanu. That is, after all, the only option. Santanu, on the other hand, mistook Shruti for a question and gave her the name “Clara.” Shruti’s kitty cat is Clara. Shruti reasoned that she is a kitten, not a person. Santanu retorted that she is a good match for Shruti.

In the meantime, Shruti Haasan will star alongside Prabhas in Prashanth Neel’s Salaar. The project has been backed by Vijay Kiragandur under Hombale Films. In addition to the major actors, Jagapathi Babu, Madhu Guruswamy, and Easwari Rao play pivotal parts in the film. Salaar is set to premiere in theatres on April 14, 2022.