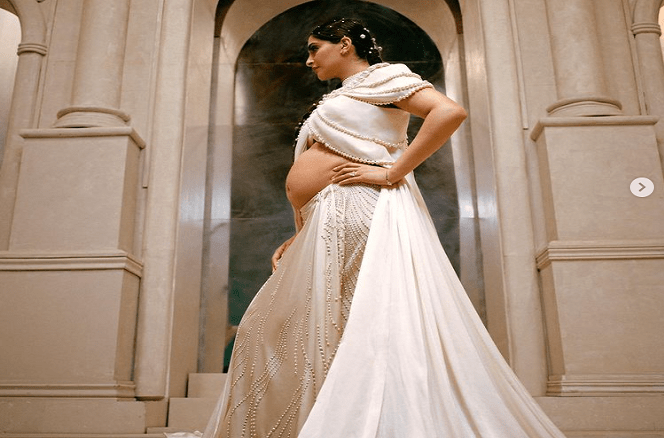 In these pictures shared on her official Instagram account, Sonam is seen in an off-white sizzling satin dress. The pearl embroidery on her skirt is making it even more beautiful. At the same time, many long trails on the outfit are giving the actress a more gorgeous look. With this outfit, she has added charm to the look with nude lipstick, glowing base and blusher. 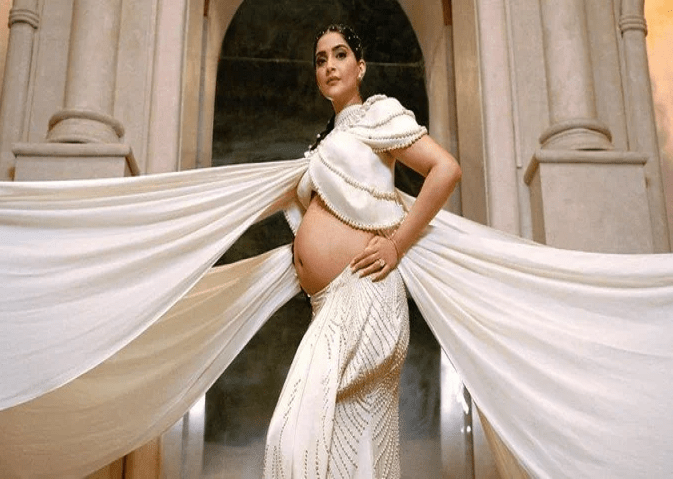 At the same time, the hair tied together and the pearls on it are giving a very stylish touch to the sleek look. In this glamorous pictures of her, the actress is also seen flaunting her baby bump. Sharing these photos, Sonam also wrote a cute caption. The actress wrote along with the pictures, “At the peak of motherhood and on the occasion of my birthday, I am choosing the clothes I feel – pregnant and powerful, bold and beautiful.”

Significantly, on March 21, Sonam Kapoor shared the good news of her pregnancy with the fans through Instagram. If reports are to be believed, the actress will give birth to her first child in August this year. Sonam Kapoor and Anand Ahuja tied the knot with each other on May 8, 2018. Both had dated each other for many years before marriage.