There has been a massive development in the Sushant Singh Rajput suicide probe. The Narcotics Control Bureau or the NCB has arrested former roommate of Sushant Singh Rajput, Siddharth Pithani. He was also among the 4 people present at the flat when the actor was found hanging in his room on June 14th 2020. Siddharth Pithani was arrested by NCB in Hyderabad by the anti drugs agency in links to the late actor’s demise.

On June 14th 2020, when Sushant Singh was found dead in his Mumbai residence under uncertain circumstances, all his close friends and roommates were taken for questioning. Siddharth Pithani was one of them. He had also been questioned multiple times ever since he claimed that he was the first one to see the late actor’s body after the actor failed to answer his calls or open the door. Pithani had always been the centre of numerous questioning carried out by the ED and CBI, especially after Sushant’s father KK Singh had filed a case against him to Bihar police. 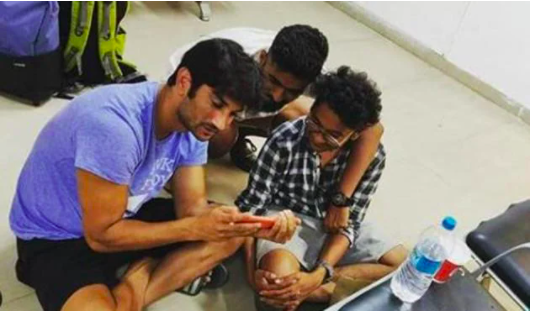 Pithani’s arrest comes 2.5 months after the CBI had filed a 12,000 pages long charge sheet which also included names of 33 accused including Rhea and Showik Chakraborty and numerous other witnesses. Pithani, an IT professional, who was nicknamed ‘buddha’ by his late friend and roommate, shared his final experiences several times with various news channels. He was even grilled for hours and days at a stretch for his involvement in drug supply.

In September last year, Pithani was questioned for over half a dozen times by the CBI. The drug angle in this case was exposed when the chats from Rhea’s phone were discovered. It opened up a whole new field of investigation that involved some of the A listers and big shot names in the Bollywood industry. It also gave rise to many conspiracy theories, speculations and raised eyebrows around SSR’s death.