Swara Bhaskar Defends Herself On Calling A 4-Year-Old Kid Ch***** And A K***na, Says, “I Did Not Abuse That Child”

Famous for her bold and extremely candid honest interviews, Swara Bhasker is one of the most loved and looked-upon actresses in the industry. The way she carries herself, her choice of films and blunt interviews Swara is a total fire bombshell. Be it about the casteism prevalent in the society, the patriarchy, or the stereotypical thinking of people in the Indian society, she has always been vocal. Swara speaks her mind out and she was no different at the “Son Of Abish” chat show.

Swara Bhasker got herself in a big controversy when she called a 4-year-old child actor “ch***ya* and “k***na” on the chat show “Son Of Abish” A video spreading like wildfire on social media shows Swara using the swear words for a child actor with whom she worked within an advertisement shoot during her early days in the film industry. Apparently, Swara got angry because the child had addressed her as aunty.

This didn’t go well with the netizens who thought Swara was being too abusive and is nothing but a hypocrite. Twitterati started slamming the actress no sooner that the video went viral, and the hashtag #Swara_aunty has been trending on the micro-blogging website since Tuesday morning.

@abishmathew do you think calling a chil chutiya & kamina is sense of humour. I used to adore u so much. After watching this, u have lost respect. #swarabhaskar #swara_aunty https://t.co/ytDJagGgQ5

Can this #swara_aunty be charged for abusing a 4 year old child ? Disgust me to the core&they call themself educated&sophisticated.I think she was a born moron when she was 4,kaun si min ki galti se yeh paida hui thi parents must be ashamed of her. You embarrass them as well 🤬

And now in an interview with IANS Swara finally spoke about the incident and said, “I was on a comedy show, narrating a funny incident about my first experience shooting in Mumbai. In that partly exaggerated and satirical narration, where I was using a comedic, adult and self-deprecating tone, I used certain swear words. The words were used to display in an adult-humorous tone, my exaggerated frustrations and emotions during my struggling days.” 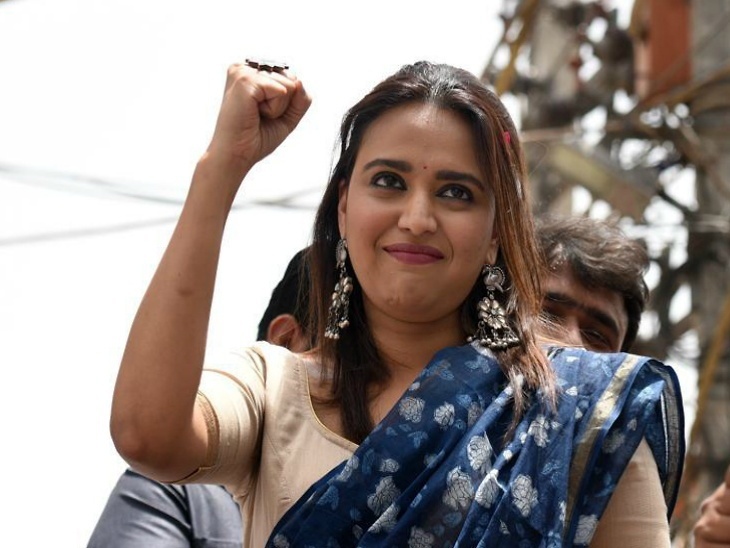 Clarifying herself furthermore, she said, “I’m not trying to justify swearing — those were undoubtedly an ill-advised choice of words, but they were not seriously used. It was said jokingly and self-deprecatingly. Comics do it all the time without anyone blinking an eyelid. I did not abuse that or any child. It’s important for me to correct that and at least put out a factually accurate version and the full context of what happened.”

There were also reports of NGO dealing with National Commission for Protection of Child Rights have demanded to take legal action against the actress.