Twinkle Khanna Shares Picture Of A New Mole On Her Face; Leaves Fans In Confusion

On Wednesday, Twinkle Khanna took to Instagram to share a glimpse of her mole. The actor-turned-writer flaunts a large ‘mole’ above her lip on the left in the photo posted with a funny caption. 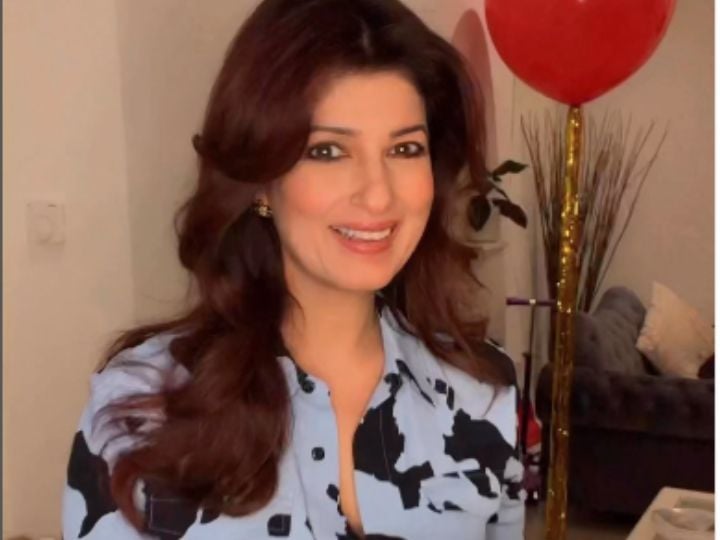 In the photo, Twinkle did not wear any makeup. She lifted her face while looking intently at something away from the camera. She captioned it, “Should fake moles be the new Berkins (luxury handbag from designer label Hermes)? And like in the old movies, will you only recognise me when I peel this mole off? Yes/ no?”

Twinkle wrote in her caption that as a child, she loved watching movies, where the ‘heroes’ wore fake moles and looked unrecognizable after taking them off. She asked her Instagram followers to share such ‘strange moments or cliches’ from old Hindi films. 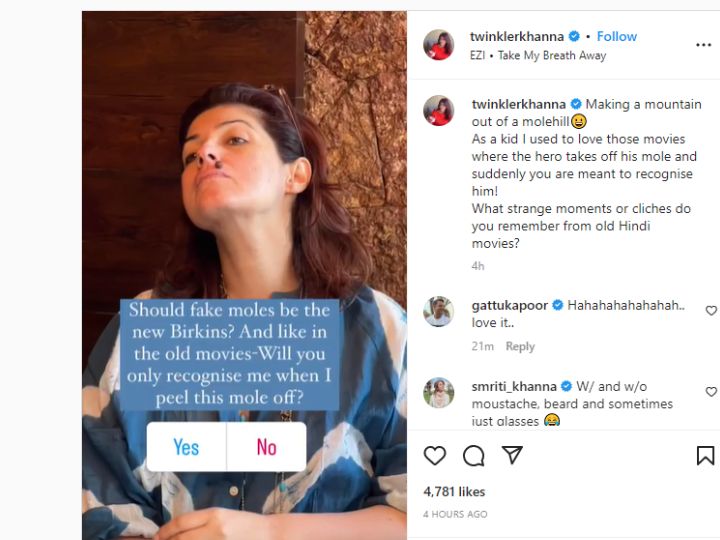 Her post brought hilarious comments from users. They commented, “In this case – mole looks bigger than two your nostrils combined,” “It’s not looking good on your face,” “The moustache, I clearly remember was also used in the same sense. Especially to make distinction between twins.”

One person said that they don’t know about old movies but Rab Ne Bana Di Jodi was an epic example of how chashma (a pair of spectacles) and some change of clothes can make someone unrecognizable.