Bigg Boss 15 is currently ruling the audience’s heart with its non-stop entertainment. It is filled with unlimited twists and fun. The viewers are getting their daily dose of entertainment from the current lot of contestants on the controversial show. The drama in Bigg Boss is getting more and more intense with the participants getting involved in heated arguments. In the recent episode of the popular show, we witnessed another verbal spat between Jay Bhanushali and Pratik Sehajpal. The two got into a heated argument towards the end of which Jay abused Pratik. This led to Pratik bursting into tears. 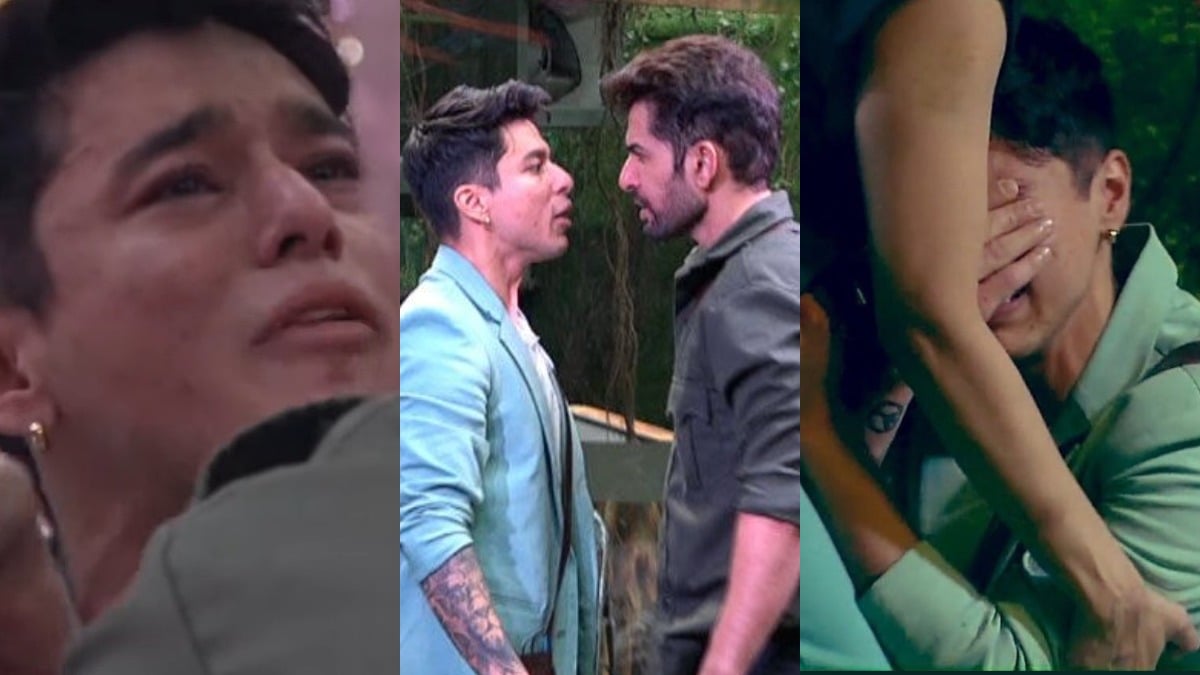 The ugly spat began when all the housemates were engaged in a task. Shamita got hurt and Pratik didn’t like it. He went berserk and started confronting everyone who used physical strength over Shamita during the game. Jay got annoyed by all the screaming and started abusing him. Pratik got triggered by the abuse and started crying. He was even seen hurting himself by banging his elbows against the walls. Later, he was seen slapping himself in the fist of anger.

After all the chaos, Pratik’s co-contestants started supporting him and blaming Jay for his abusive nature. As soon as the episode ended, viewers of the show took to social media to share their views on the fight. The fight got mixed reactions from the audience as some came in support of Jay while others started bashing him. 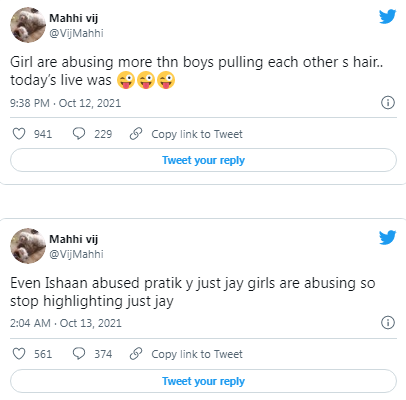 Taarak Mehta Ka Ooltah Chashmah actress Munmun Dutta also joined the debate and put her views forward. She tweeted, “As of now, I am definitely Team Gharwale rather than Junglevaasis. #JayBhanushali’s abuses to #PratikSehjpal today were uncalled for. Defending him was equally wrong. Pratik could be irritating in a lot of situations but today it was definitely not his fault #biggboss15.”

Likewise, many followers came in support of Pratik and wrote, “Shame on such a Ridiculous superstar of tv @imjaybhanushali @VijMahhi who is giving maa ki gaalis like nothing again and again, Totally Ridiculous #JayBhanushali Stay Strong #PratikSehjpal.”

Have a look at some of the reactions on social media: 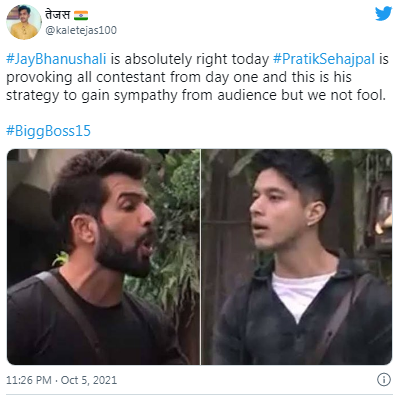 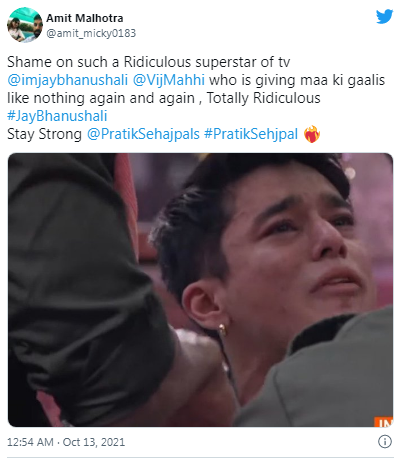 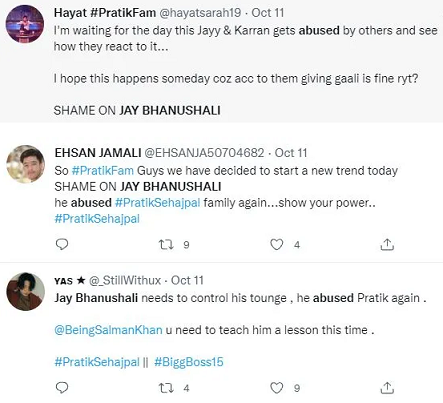 Well, the gripping factor in this season of Bigg Boss is quite high. Let’s see how the contestants will shine in the future because it is just the beginning.