Rekha tops the list of Bollywood’s Evergreen actresses. During her times, Rekha enchanted everyone with her top-notch acting skills and gorgeous looks. Even today, many actresses from today’s generation look up to her for guidance.

Besides giving critically acclaimed performances in Bollywood’s most iconic movies, Rekha has always managed to grab headlines for her love life too. Her love affair with Megastar Amitabh Bachchan is something everybody in the industry is familiar with. But very few people know about the rumored relationship of Rekha and former Pakistani cricket team captain and present PM of Pakistan, Imran Khan.

This love across the borders brewed when Imran Khan came to Mumbai. Now, a political icon, Imran Khan is known to have dated many beautiful women during his playing years. In fact, he was often regarded by newspapers and tabloids as the ladies’ man of his era. 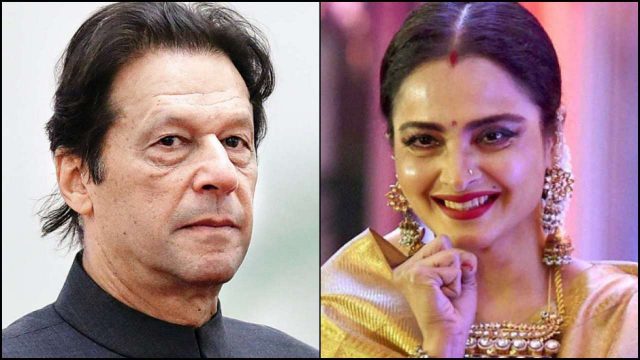 The news of this less hyped affair crept up through an old article. The article which has gone viral on social media claims that the beautiful-looking duo was all set to take the plunge. Yes, you read that right. A Star Report in 1985 published this piece of news.

The same report further gives details of the affair. It states that Imran Khan and Rekha spent quality with each other in Mumbai for a month and the two were even spotted near the beaches. From their body language, it was quite clear that they were in deep love. 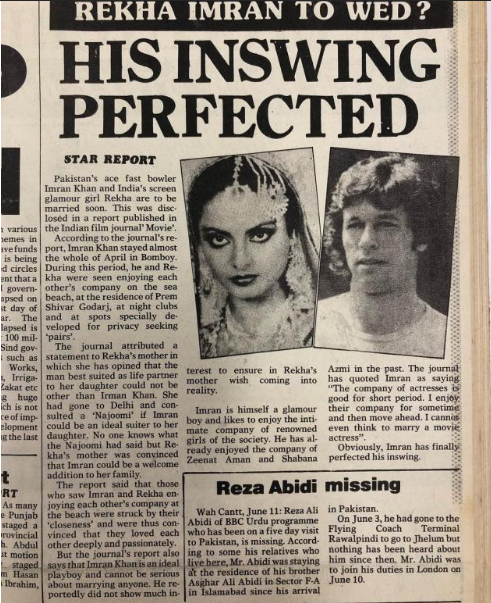 The same article also quoted Imran Khan’s views on getting married to an actress. He had once said, “The company of actresses is good for a short period. I enjoy their company for some time and then move ahead. I cannot even think of marrying a movie actress.” 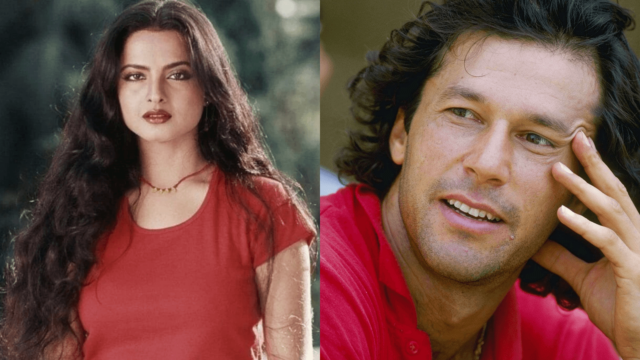 Not much is written in the media about Rekha and Imran’s rumored relationship. But if one affair of Rekha that doesn’t leave her till today is with Amitabh Bachchan. On Simi Garewal’s show, Rekha had accepted her love for him. When Simi Garewal had asked her, “Did Rekha love Amitabh?” To this, Rekha had said, “Absolutely! Duh, that’s a dumb question!” Later she had gone generalized that statement, “I’m yet to come across a man, woman, child, who can’t help but fall completely, passionately, insanely, desperately and especially, hopelessly, in love with him. So why should I be singled out?”

According to sources, at one time Rekha also fell for Jeetendra who was married to Shobha Kapoor. After being tagged as a home-breaker, Rekha readily forgot him like a bad dream.