Bollywood actors Varun Dhawan and Kiara Advani are in a lot of discussions these days about their film ‘Jug Jug Jio’. The multi-starrer film was released in theaters on June 24. Apart from Varun and Kiara in this film, Anil Kapoor, Neetu Kapoor, and Manisha Paul are in the lead roles. The film has got mixed responses from the people. Meanwhile, now a video during the promotion of the film is becoming increasingly viral on social media. 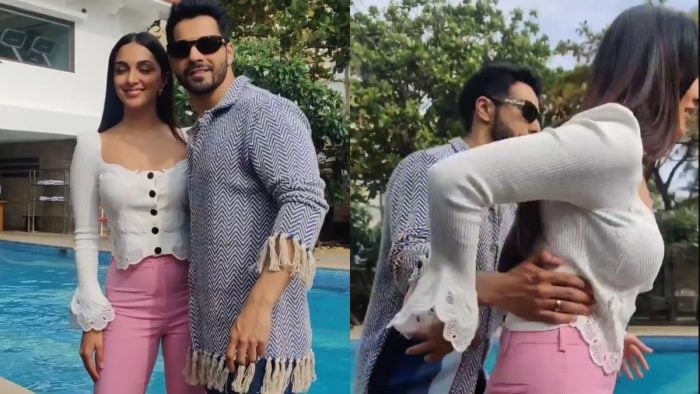 In this video, the touching act that Varun has done with Kiara is not liked by not only the actress but also her fans. At the same time, fans are seen taking Varun’s class on social media. Watch the video here…

A viral video of Varun Dhawan and Kiara Advani has been shared by Paparazzi Viral Bhayani on his Instagram account. In this video, Varun and Kiara are seen walking on the poolside. During this, Varun suddenly found fun and made such a joke of Kiara that now he came under the target of trolls. Varun suddenly tried to catch Kiara running ahead by his waist. Kiara looks very uncomfortable with her action of Varun. At the same time, in this video, you can hear Kiara tell Varun, ‘Bas Karo Yaar’. Talking about the look of both, during this time Kiara is looking very cute in a white fitted top and pink trousers while Varun Dhawan is seen wearing a blue-white striped shirt with blue denim. 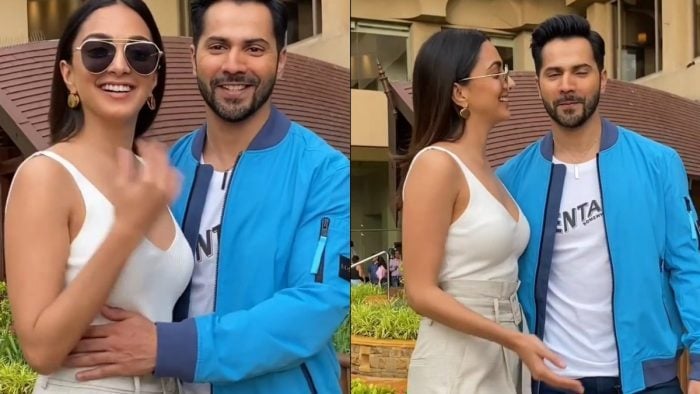 Commenting on this video, a user wrote, ‘I don’t understand why heroes become overprotective during promotions. Unnecessarily holding the hand of the actress and touching like this. So on the other hand, another user wrote ‘Varun Dhawan, behaves a little right. Kiara doesn’t like this. One even wrote, ‘Why does he touch all the heroines as if he is not married?’ Many more such users are seen taking Varun’s class.