Yami Gautam Goes Traditional With Her Look: Deets Inside

In past two years, many celebrities tied the knot with their love of the life. Some were in limelight for the full tamjham wali shadi while the others were because of the wedding attires. They are perfect popular couples. But Yami Gautam is because she has chosen the traditional ways from her wedding sari to the venue to the post-wedding looks. 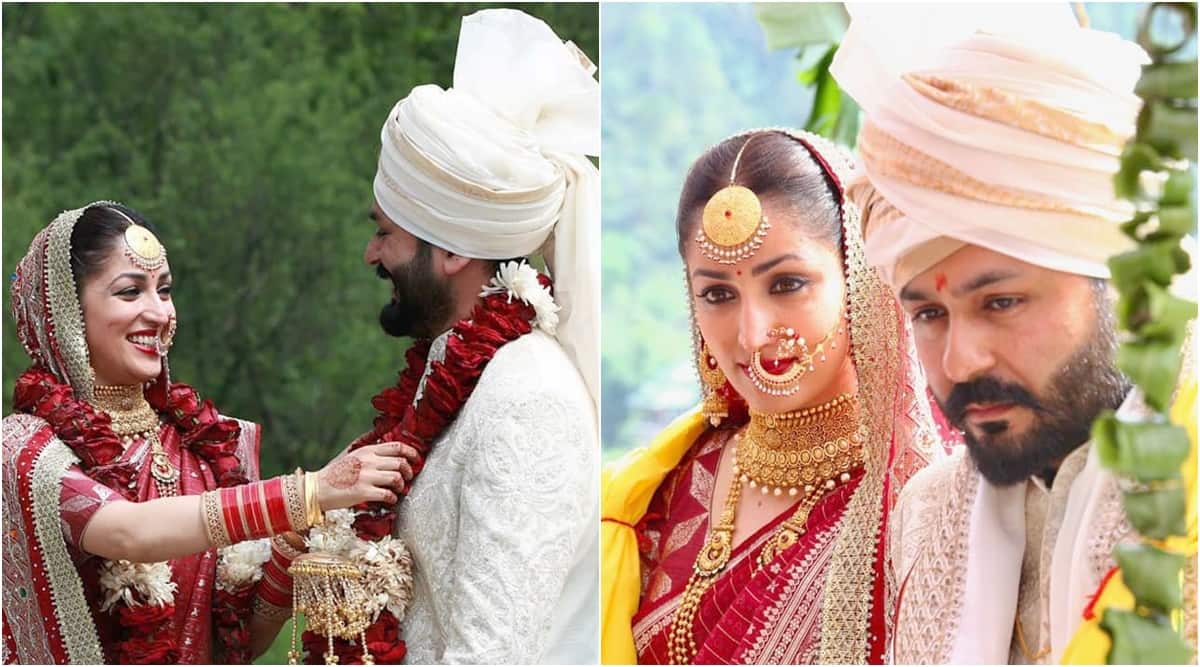 For her wedding unlike others, she didn’t go for famous designers lehengas but she wore her mother’s deep red sari with golden work over it. She had pinned a matching dupatta over her head. For her wedding, she chose Himachal Pradesh where her roots are from, and with a simple but elegant wedding arrangement. As she said, “We both are averse to the wastage that happens in weddings — food, flower decorations, and so many other things. Also, it’s so difficult to make everyone happy, so why not get married among those who actually care about you. The focus was solely on the ceremony and not us trying to please anyone.” 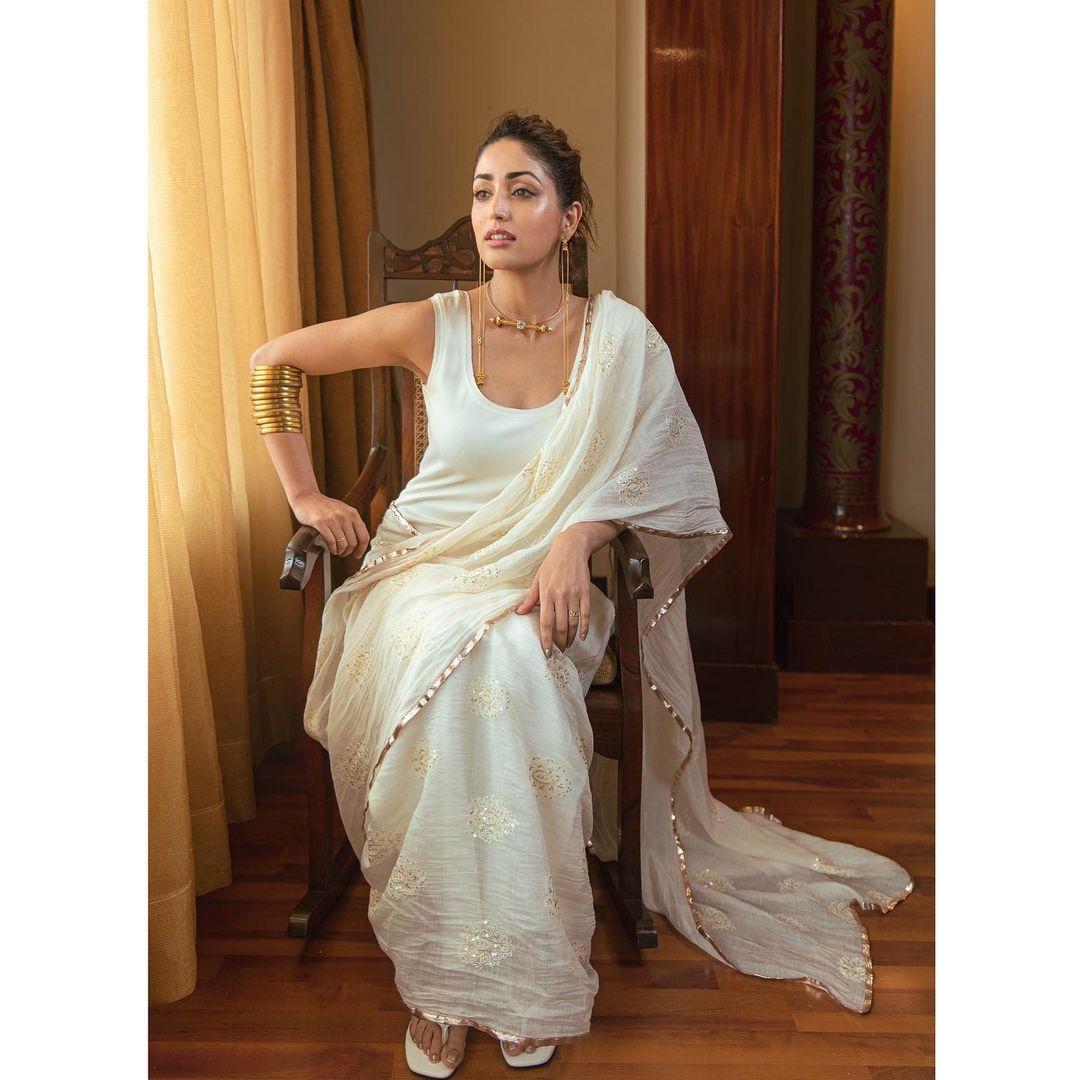 With all this she proved that there is nothing wrong with going the old traditional ways. Recently on Instagram, she shared her picture in which she has been wearing laal Suhag Ki choori and other traditional ornaments. Again on 1st of September, Yami was spotted wearing her traditional Kashmiri ornament. She was out for the promotion of her upcoming movie Bhoot Police. She was seen wearing a gorgeous cream-coloured saree accessorized with golden neckpiece, handcuff and her traditional earrings. Yami Gautam posted her picture with caption, “A soulful white, a simple smile and just like that, the day goes by!# day1 of Bhoot Police Promotion.”

This woman has proved that one can take of her roots along even if you are at higher level in your life. Yami will be seen next with Abhishek Bachchan in Dasvi, and with Saif Ali Khan and Arjun Kapoor in Bhoot Police.