Zaira Wasim Gets Slammed For Working With Bollywood; “What a ‘Dramabaaz’ this girl is!” Says Netizens

Zaira Wasim who gained love from fans with her acting in Dangal, recently walked out of Bollywood. After her film, ‘secret superstar’, she started shooting for ‘The Sky Is Pinik’ along with Farhan Aktar and Priyanka Chopra. However, the 18-year old actress made an official announcement for leaving Bollywood because of her religion on her Twitter account.

Recently, superstar, Priyanka Chopra announced attending the film festival by posting a picture with the star cast including Zaira and that addedfuel to the fire and people started critisizing the actress for doing drama. 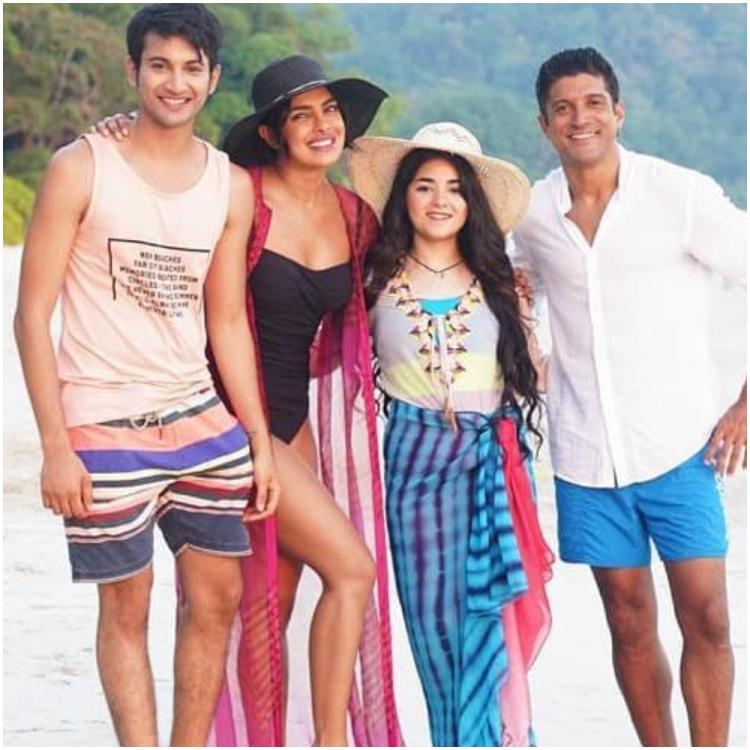 As a Twitterati went against the young actor by commenting, “That’s ‘Dangal’ girl, and didn’t she say she was quitting movies.”, the other commented, “Zaira Wasim, in this pic your religious beliefs weren’t compromised?? Nautanki.” While one said, “Isn’t it the same girl who had quit acting because of her religion,” The other posted, “What’s Zaira Wasim is doing there when she has already left Bollywood and acting for the sake of her religion? What a ‘Dramabaaz’ this girl is!”

And it continued, calling her decision of leaving Bollywood a publicity stunt, one of the users commented, “She is the girl who already quit acting because of religion so what now?? Or those were all Dramaz to get the limelight???” while “But the girl decided leave Bollywood isn’t it?” wrote another. Another user wrote, “W** Zara Wasim doing here, I thought she became a nun or something like that.”

Well, let’s wait and watch what will happen when their movie gets released.