Bollywood Actor Ali Fazal on Thursday shared a loved-up note for fiancee Richa Chadha on his Instagram page. Apart from pouring out his heart, the post also remembers her to pick his call. Ali Fazal wrote that he is happiest talking to his beloved Fiancee Richa Chadha.

Ali Fazal has shared a beautiful click of the couple from an earlier event, Ali wrote, “When we dress up to champion people to live good lives.. 🧔🏻‍♀️”. He then went on to tell her “teylifone uthaalo begums” and even used a magic spell, “Phone uth Jaa sim sim sim phone.”

The Ray actor Fazal shared that even if they change cities or routines, the journey of their love goes on. He said that the distance only makes the heart grow fonder. Ali also added in Hindi that while there might be some conflict between them but he loves talking to Richa without a reason, “yeh jo aanand milta hai woh shayad hee kaheen mumkin hai That happiness is incomparable.” 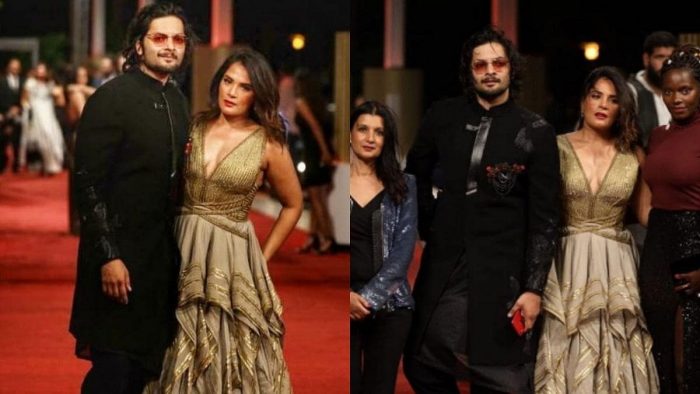 He added that the happiness he gets from speaking to his fiancee is obvious on his face. While he sometimes likes talking to himself while looking at the mirror, that’s “narcissism” and he wouldn’t like to discuss that. Adding that “Shayad Kabhi rajneeti mein utarna pade to kaam aayega (It might come to use if I enter politics someday).”

Ali ended the note by saying “Filhaal, AAP pe dore data Wahroonga, like it mein diye hain (Till then I would keep trying to woo you, I am giving it in writing)”. He added, “Ok goodbye fiaaaaaaansss!! Abey phone that.. 😜”

The love story of Ali Fazal and Richa Chadha:

Ali Fazal and Richa Chadha had announced their wedding plants last year. Rich’s Chadha and Ali Fazal never hid their relationship but never spoke a lot about their love story either.

They met during the Fukrey movie and dated each other and they were set to get married but their day plans got postponed. It is safe to say that Richa Chadha and Ali Fazal’s love story is giving us all a couple of goals. 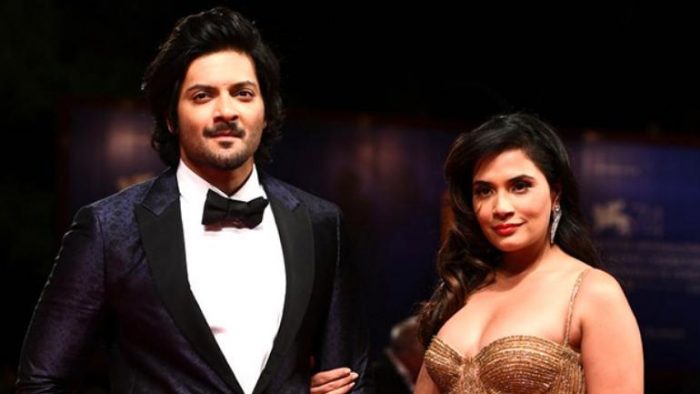 Ali Fazal is an Indian actor and model. Ali Fazal made his Bollywood debut with a cameo appearance in 3 Idiots in 2009 and he next appeared in Always Kabhi Kabhi in 2011.

His first achievement came in Fukrey in 2013, and he was seen in supporting roles in films like Baat Ban Gayi in 2013, Bobby Jasoos in 2014, and Sonali Cable in 2014. He played the main role in the horror film Khamoshiyan in 2015 followed by his first American film Furious 7 in 2015.