Recently, the iconic movie Kabhi Khushi Kabhi Gham has completed 20 years of its release. Many actors are recreating scenes from the film. Earlier, actor Johny Lever re-enacted a scene from Karan Johar’s directorial. It went viral on social media. And now joining the bandwagon is actress Alia Bhatt.
On Monday, Alia uploaded a video on her Instagram where she and actor Ranveer Singh were seen recreating Kareena Kapoor and Hrithik Roshan’s scene from Kabhi Khushi Kabhie Gham. Saif Ali Khan’s son Ibrahim Ali Khan also makes an appearance in the video.
Alia captioned the post as, “My favourite scene and my favourite people. Congratulations to the entire team of K3G on completing 20 years. P.S – love you bebooooooo my eternal favourite @kareenakapoorkhan #20YearsOfK3G.” 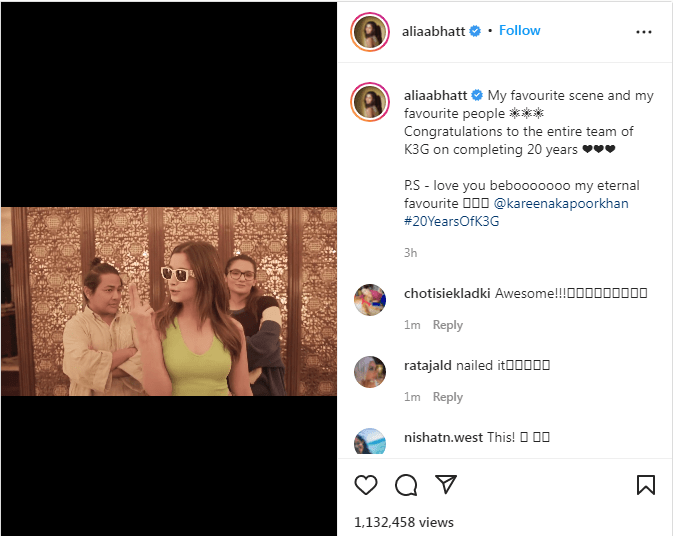 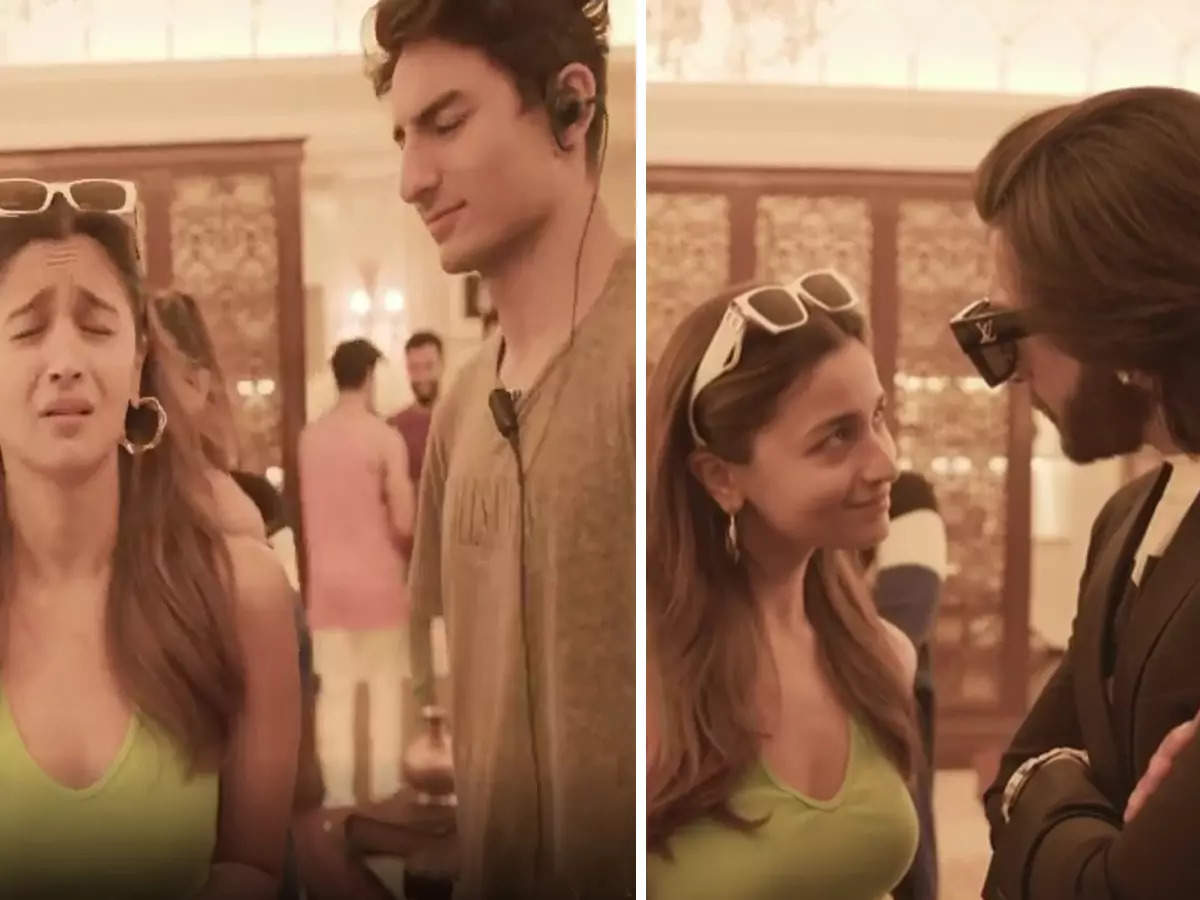 Kareena reacted to the video by sharing it on her own Instagram feed: “No one better than Poo. Only of course the bestest actor of our times… my darling Alia,” she wrote. 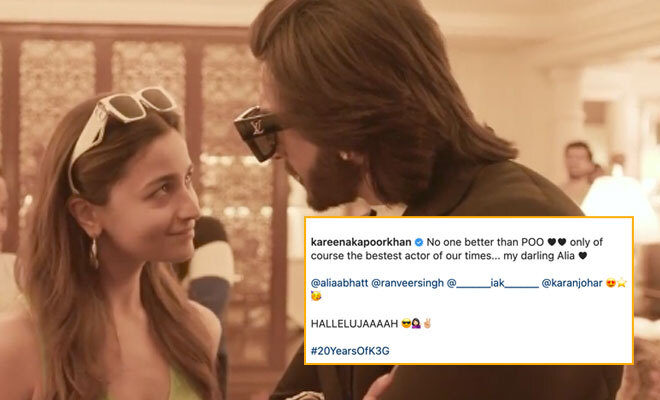 The video is shot on the sets of Alia and Ranveer’s upcoming movie Rocky Aur Rani Ki Prem Kahani. Ibrahim Ali Khan is assisting Karan Johar in the making of the film.

Talking about film completing 20 years, filmmaker Karan Johar wrote on Instagram, “It’s going to be 20 years and I still feel the euphoria of having this film release on the big screen and people going to watch it. But I feel the impact sank in for me much later. And that feeling hasn’t stopped ever since.”

“I see all the videos, all the occasions this film’s music is a part of, all the dialogues people have now inculcated in their daily life and of course – the fashion!! At the heart of it, I also see that after all this time – it’s all about loving your…family!” he added.