Bollywood hunk, Arjun Kapoor and diva, Malaika Arora’s relationship might have started as a mere affair but now it has blossomed into a full-fledged relationship with the passage of time. From their dinner dates to vacations the duo has been taking one step at a time and working on their relationship. However, after playing a good game of hide and seek for the longest, the couple finally opened up about their relationship. A while back Malaika even shared a picture with the man of her life.  And we cannot wait for them to take the nuptial plunge.

Malaika and Arjun recently jetted off to Australia to attend Indian Film Festival of Melbourne (IFFM). And a video from the event is going viral and it shows the couple sitting in the front row when the host Karan Tacker approaches them and showering her praises saying, “You look absolutely gorgeous even after a 20-hour flight.” Arjun Kapoor immediately took the mic from Karan and jokingly chided him saying, “Son there’s a lady at the back, go and flirt with her”.

Since the two started dating, the rumours of their marriage started doing rounds. Recently in an interview with Filmfare, he had denied it all, “I am not getting married. Malaika and I have to still discover each other in public space and enjoy the comfort of being a couple. We need to ease. We need to take our mind off this pressure of getting married. Sometimes you just need to be in a relationship. You need to live it; you need to enjoy it for what it is, rather than what it should be according to people. We are at ease with each other.” 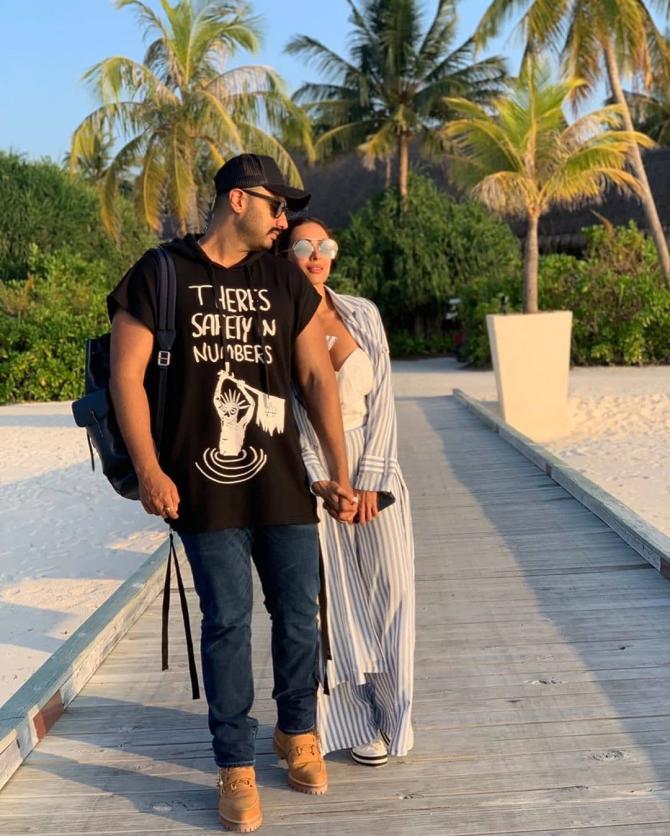 In an interview with Bombay Times, Malaika had once shared how her son is number one priority, he had stated, “Arbaaz and I have moved on, amicably. We have to be sensitive to our child (Arhaan) and his needs. When we parted ways, I felt vulnerable, though I am not a vulnerable person. I didn’t know which direction I wanted to move into. I was just sure that I have to give my child a stable environment, and to date, it has been my number one priority. Gradually, one thing led to another and now, things are how you see them today. I have to give my son a lot of credit for that.” 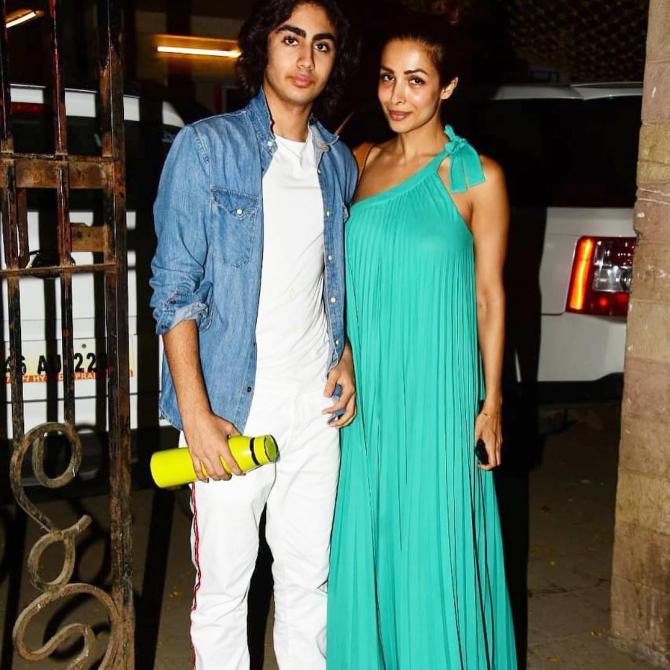 She had further shared, “He has been very understanding and supportive of me. That was essential for me. My happiness matters the most to him and his happiness, to me. He has been instrumental in shaping my life. There were really no plans of being in another relationship, but things happened organically. We’re now in a phase of our life where we need to give our relationship that respectability by acknowledging each other’s presence.” 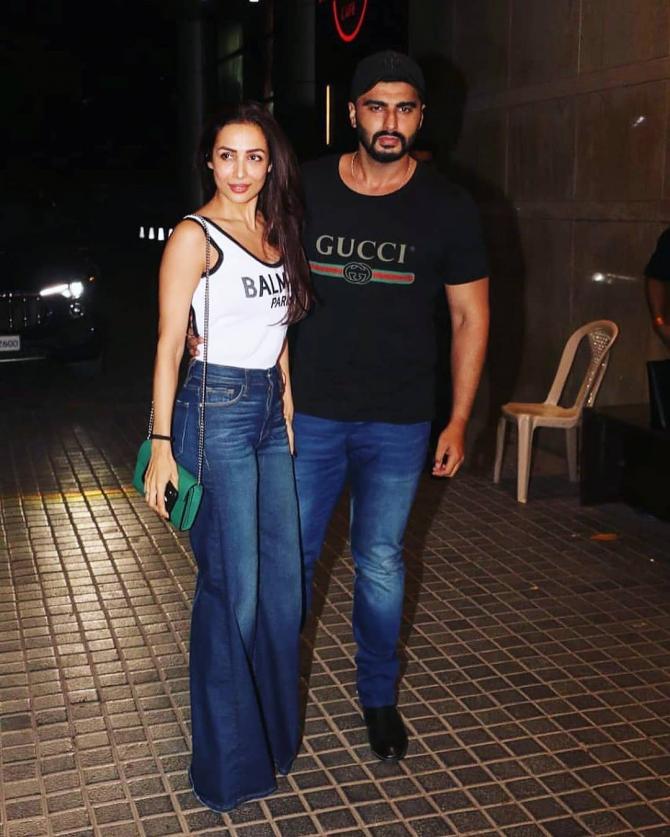 Malaika had also talked about her relationship and she had stated that it doesn’t make her any less of a mother, “Having a relationship doesn’t change anything for me as a parent. I’m still my son’s concierge service for everything like every mother is. How am I any less of a mother then? In fact, as a single parent, you tend to overcompensate to ensure the kid doesn’t feel an absence in his life. Arbaaz and I have parted as a couple, but we make sure nothing affects our son. It’s a lot better this way. For the rest, time is the best healer.” 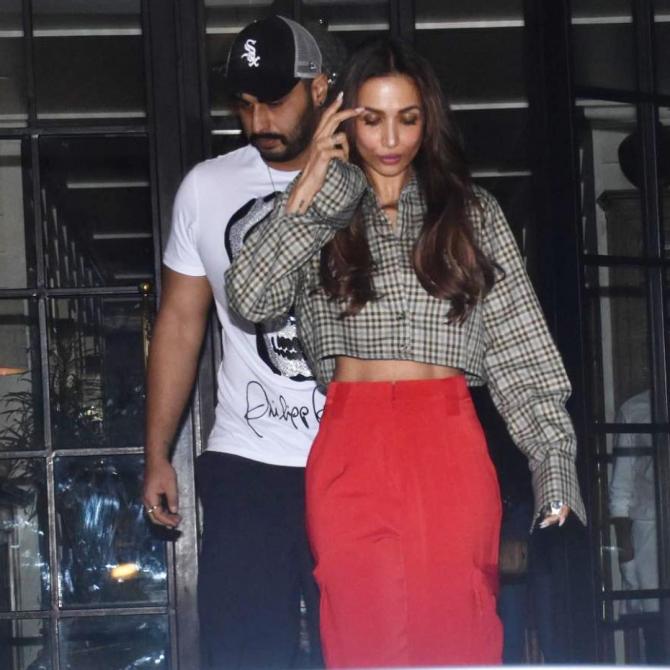 In another interview with Filmfare, Arjun had spilled beans about his relationship with Malaika and said, “I don’t have anything to discuss. I have nothing to hide. What the world is seeing, they are seeing. However, I have no desire to justify my personal life beyond a point. It is important to have good people around me and I feel fortunate that I have such individuals in my life”.

Arjun Kapoor is already so possessive about girlfriend Malaika Arora. And this is so cute.