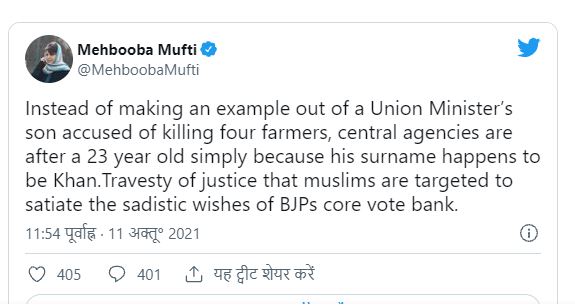 According to Mehbooba Mufti, instead of setting an example against the Union minister’s son for killing four farmers, central agencies have arrested a 23-year-old boy simply because his surname is ‘Khan’. She has said this through social media. Questioning the central agency on her official Twitter account, Mehbooba Mufti wrote, ‘Instead of setting an example by acting on the son of a Union minister accused of killing four farmers, the central agencies are taking action against a 23-year-old boy just because her surname is Khan. Mehbooba Mufti further wrote in her tweet, ‘Justice is a mockery that Muslims are targeted to fulfill the hurtful desires of BJP’s core vote bank.’ This tweet of Mehbooba Mufti is becoming increasingly viral on social media. Many people are seeing this tweet by connecting her to Shah Rukh Khan’s son Aryan Khan. Along with this, she is also giving her reaction to his tweet. 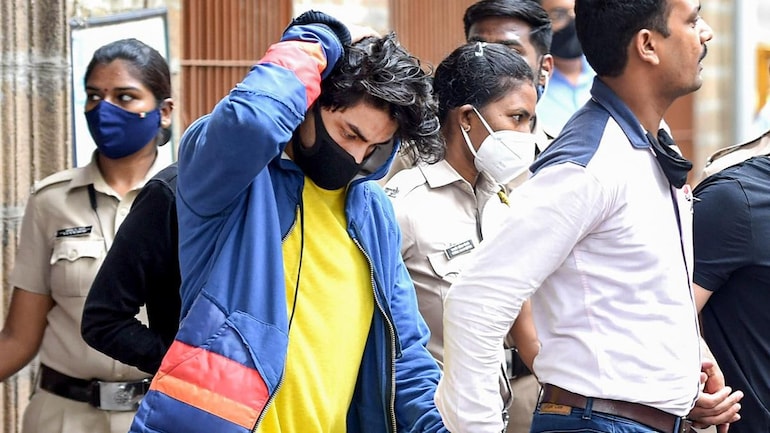 Let us tell you that in the past, the Narcotics Control Bureau (NCB) raided a cruise ship named ‘Cordelia the Impress’ going from Mumbai to Goa. During this, it had arrested many people including Aryan Khan and his friends Arbaaz Mergent and Munmun Dhamecha. Since then all of them are in jail. The matter was to be heard in the court today, but it has been postponed till Wednesday.

Say Bye-Bye To Blemishes With These 5 Natural Home Remedies, Check It Out 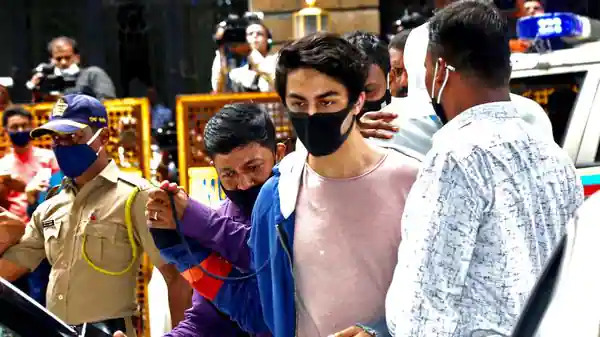 This was the fourth time that Aryan’s lawyer Satish Manshinde had applied for bail in the court. Earlier on October 8, the Chief Metropolitan Magistrate Court of Mumbai had rejected the bail application, saying that this was not the proper place for this application. After this, Aryan’s lawyer has appealed for bail in the special court of NDPS on Monday and which will now be heard on Wednesday.