Not a long time ago, superstar Shah Rukh Khan’s elder son Aryan Khan got into legal trouble over the consumption of drugs at a cruise party. He remained in police custody for over a month. Now, that he is acquitted of all the charges, Aryan has started socializing again. After getting a clean chit a week ago, Aryan was recently spotted at a nightclub with his friends. But the video of Aryan from his party place is going increasingly viral on social media for all the wrong reasons. 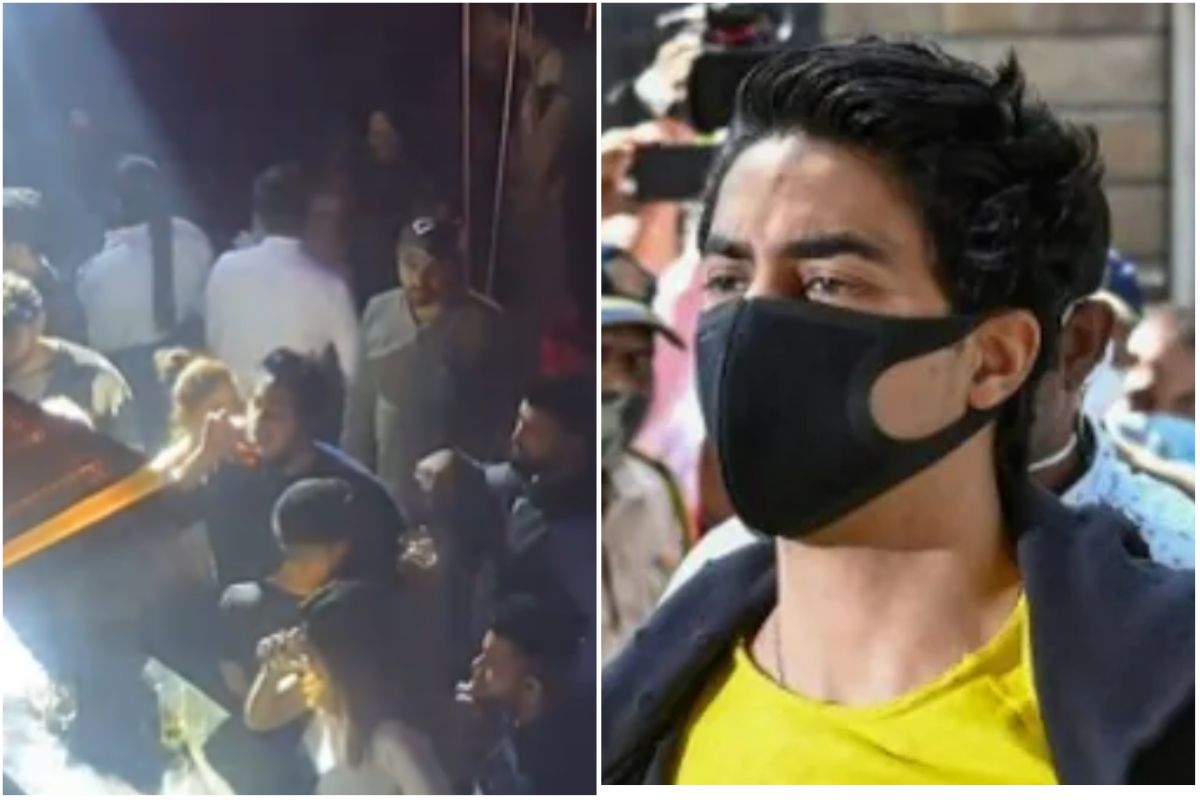 In the clip that is doing rounds on social media, Aryan is seen chucking a glass of alcohol. On one hand, he is receiving a lot of backlash for resuming his night parties, and on the other side, SRK and Aryan’s fans are extending their support to the young lad. They feel the hatred coming his way is really uncalled for as every youngster lives a life like this and so he deserves it too.

Questioning the trolls a valid question, a social media user wrote, “So?? He can’t party now? Stop obsessing over him #AryanKhan just because he is #SRK ‘s son.” Another netizen wrote, “Is #AryanKhan not allowed to enjoy his life? Bhai party to hum sab karte hain kabhi humko bhi cover kia kro????,” said another. Some fans asserted that partying and drinking alcohol is not a crime.

Look at some of the tweets in support of Aryan: 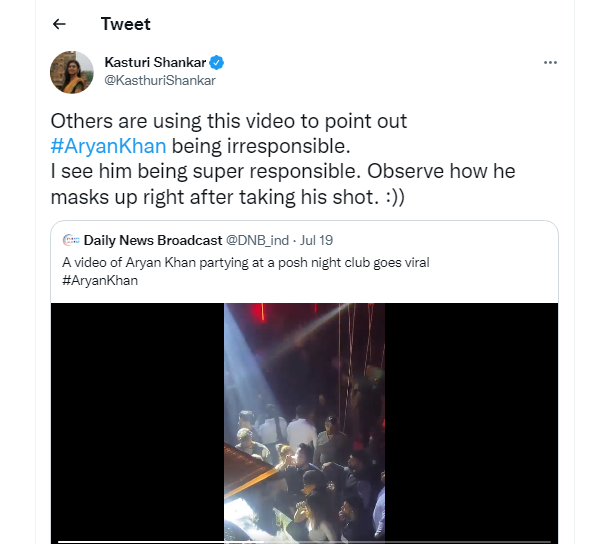 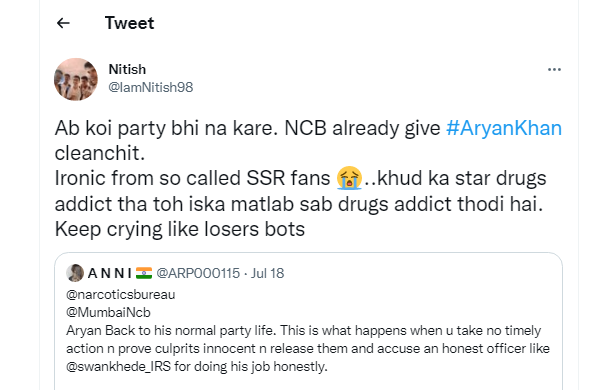 On the work front, reports are rife that Aryan will soon be directing a web series written by himself. The project will be backed by SRK’s Red Chillies Entertainment.  He is currently assisting Zoya Akhtar on The Archies, which will mark his sister and SRK’s daughter Suhana Khan’s debut in acting.

Meanwhile, Shah Rukh Khan has started working on his upcoming films which include Dunki and Jawan. He will next appear in Pathan alongside Deepika Padukone and John Abraham.