In the latest episode of Big Boss OTT, Bollywood actress Shamita Shetty makes a shocking revelation about choreographer Nishant Bhatt. The two are acquainted with each other but Shamita revealed there is a reason why she maintains a distance. 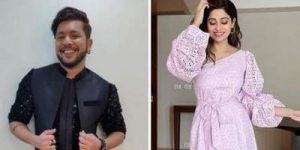 Shamita Shetty reveals Nishant Bhatt once crossed the line with her

While lying on the bed, Shamita Shetty was seen talking to Divya Agarwal. She shared that during one of their shows at instances she felt Nishant crossed the line with her and it made her uncomfortable. Since then she has just remained courteous and maintained a distance from him. She says, “I don’t want to mention what incident it was but he once crossed the line with me and I didn’t like it. I told him sternly that he did wrong and he did not speak to me after that. I just thought I should keep a distance from him because I don’t want to be reminded of that. At the stage also when I saw him I just reacted that I know him.” 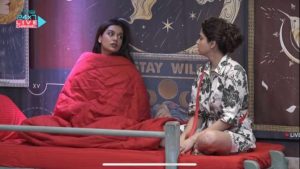 Shamita Shetty was seen talking to Divya Agarwal about the incident

Shamita Shetty entered the Big Boss OTT house amid the controversies surrounding her brother-in-law Raj Kundra, he was arrested by the Mumbai Police in a Pornography case and is in judicial custody currently. On the other hand, Shamita Shetty’s sister Shilpa Shetty and her mother Sunanda have also been booked in Lucknow for fraud in a property case.

During the premiere episode, Shamita Shetty had told host Karan Johar that she had given the commitment to the reality show before her family got surrounded by controversies. She said that she thought this is not the right time to go inside the house but the commitment was already made. 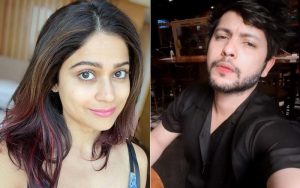 Big Boss OTT is a spinoff to the controversial reality show. It is hosted by Karan Johar, while the main show is hosted by Salman Khan.