Big Boss 13 has always been in the limelight for its controversies and fights between the contestants. The contestants always manage to hit the headlines with their controversial statements. The 13th season started with a bang and has got our eyes glued to the television ever since. Among the other strongest contenders on the show, are Sidharth Shukla and Rashami Desai, the two reportedly having their differences for quite a long time.

Now, recently, you have witnessed the special nomination episode of Big Boss 12 and got to know about many changing relationships in the most controversial show. You have seen how people’s loyalty change from one person to another in the house within no time. When Mahira Sharma was asked about who would she want to save during the show, she chose to take some strange names leaving Rashmi Desai and her fans dishearten. As Rashmi felt hurt with her decision and cried her heart out, Rashmi’s fans slammed Mahira Sharma and also tagged her with ‘Ehsaan Faramosh’. Not only this, many came in favour and support of Rashmi and made #WeLoveRashamiDesai trend on twitter. 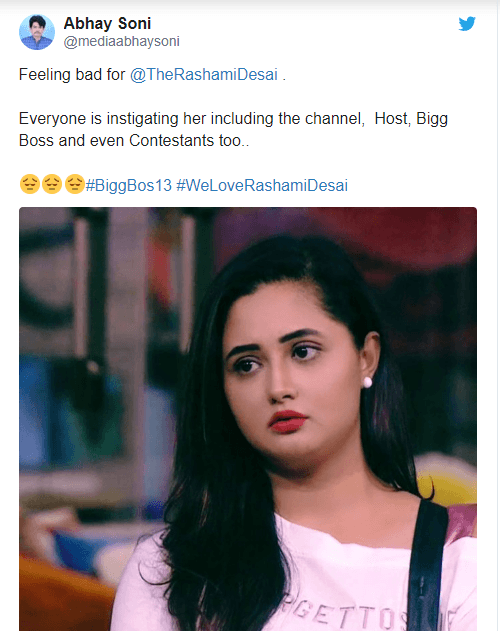 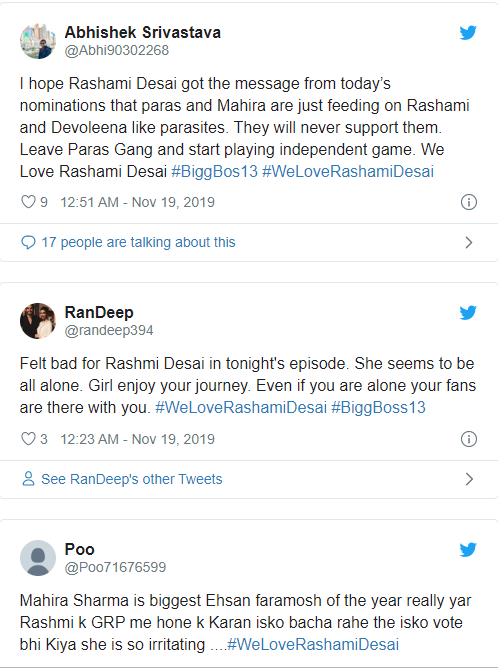 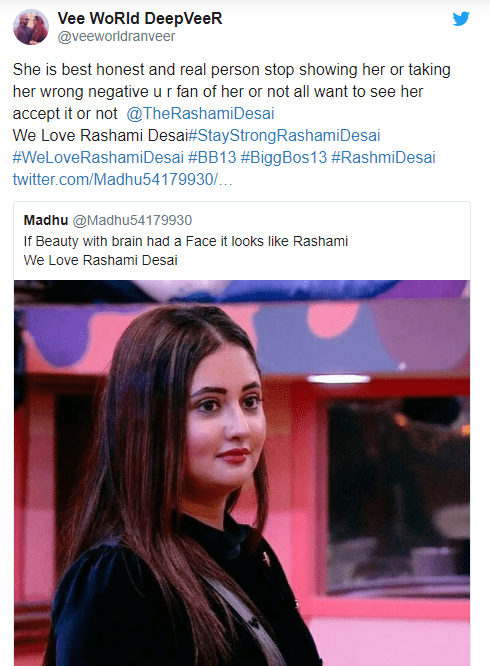 While Mahira Sharma saved Paras Chhabra and wild-card entrant Vishal Aditya Singh from the evictions in the Monday episode. Not only the fans but the contestants were also in shock about Mahira’s decision. Ahead in the day, Rashami was also seen crying her heart out to Devoleena Bhattacharjee over Mahira’s betrayal. 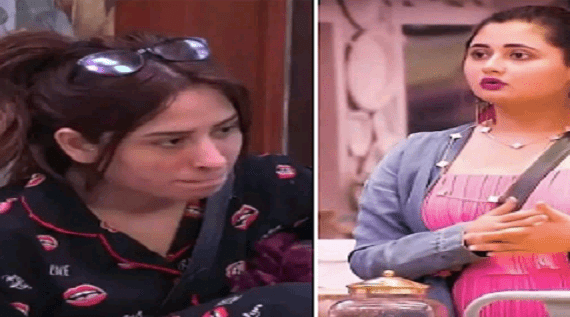 While on the other side,  Rashami Desai has had a not-so-happy past when it comes to love in life. She was married to her co-star Nandish Sandhu but divorced him, she was also linked with another co-star like Sidharth Shukla. Before entering the Bigg Boss house, Rashami Desai was linked with the TV actor Arhaan Khan. Surprisingly, he has also entered the Bigg Boss house and the chemistry between the two seems to be getting stronger. There were even rumors that Rashami and Arhaan might tie the knot inside the house but before entering the house, Arhaan rubbished all these as rumors and said Rashami is just a very good friend of his. 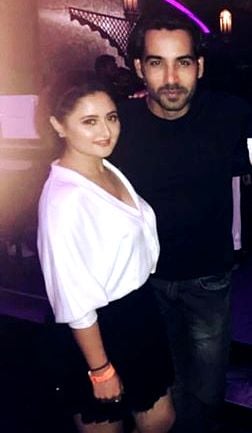 However, in the previous episode of Bigg Boss 13, Rashami’s confession suggests that there’s something more than friendship between the two. The actress can be seen confessing to Paras Chhabra that she indeed like Arhaan and planning to get married and settle down by next year. Well, we don’t about their relationship but the duo- Arhaan and Rashami are surely sharing some cute moments together.

Before entering the Bigg Boss house, Arhaan Khan cleared the air of them dating. Arhaan had told to media, “I was offered previous Season as well but I couldn’t take it up due to my date issues. And this year I am participating only because of my mother, as she is an ardent follower of the show and she wants to see me in it. So, ye jo show hai vo main meri maa ke liye kar raha hoon. My connection with Rashami is of just good friends and I don’t feel due to her I have been considered.”