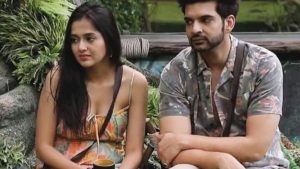 It has been written in the caption of this promo that a new controversy arose in Tejkaran regarding Rashami. Who will be safe from nomination this week? The promo video starts with Tejasswi complaining about Rashami going against her behind her back. After this Rashami Desai shouts, “If you cannot remain faithful to your own partner, then it does not matter.” On hearing this, Tejasswi gets furious and says, “Stop commenting between me or Karan.” 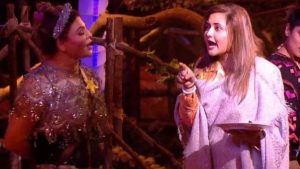 In another part of this promo video, Tejasswi and Karan can be seen fighting as she says, “If you are going to play to save Rashami, then I am not okay with it.” She further says, “Obviously, you have started saving her, please continue.” 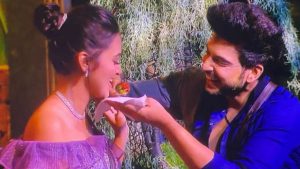 Significantly, in an earlier episode, Karan proposed Tejasswi on his knees. Holding a rose in his hand, he said, “In 12 weeks I have come to know so many things about myself. I didn’t know that one girl can bring so many differences in my life.” Rashami and Tejasswi have been seen fighting for Karan many times in the past as well. Rashami entered the Bigg Boss house this season as a wild card contestant.