These days Karthik Aryan and Kriti Sanon are enjoying their vacation in Mauritius. Karthik Aryan and Kriti Sanon both have posted their pictures from Mauritius on Instagram. And now their fans are speculating that there is something cooking up between both of them. Although let us tell you that these pictures are from the shooting scenes in Mauritius. Actor Karthik Aaryan and actress Kriti Sanon are currently busy shooting for their upcoming film ‘Shehzada’. Both are going to be seen together in a film for the second time. Recently, both of them have returned to Mumbai after finishing the shooting of the Mauritius schedule of their film ‘Shehzada’. 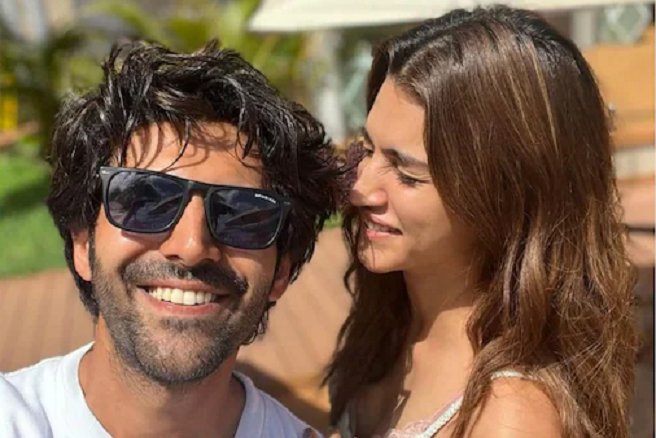 Kriti Sanon has informed about the completion of the shooting of Mauritius schedule on her Instagram account. Kriti has put up an Instagram story, in which along with Karthik Aryan, people from his team are also seen. In the photo, everyone is looking very happy after shooting the film. Along with this, Kriti wrote that she is returning to Mumbai soon. At the same time, after this, Kriti and Karthik Aryan were also seen at the Mumbai airport. 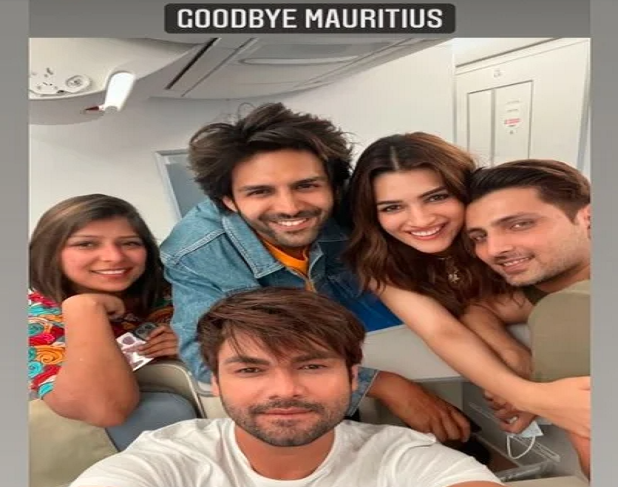 Let us tell you that ‘Shehzada’ is the Hindi remake of South’s superstar Allu Arjun and Pooja Hegde’s Telugu film ‘Ala Vaikunthapuramlo’. The film will release on November 4 this year. Varun Dhawan’s brother Rohit Dhawan is directing this film. At the same time, Manisha Koirala and Paresh Rawal will also be seen in the film.

Talking about Kartik Aaryan’s workfront, he will soon be seen in the horror comedy film ‘Bhool Bhulaiyaa2’. The teaser of this film was released recently, which was well received by the people. Kiara Advani, Paresh Rawal, Rajpal Yadav will also be seen in the lead roles with him in this film. Along with this, he will also be seen in ‘Luka Chuppi 2’ and ‘Captain India’. At the same time, Kriti Sanon will be seen opposite Varun Dhawan in the film ‘Bhediya’ and opposite Tiger Shroff in ‘Ganpat’.