Dia Mirza, a Bollywood actress, is ecstatic after her son Avyaan Rekhi addressed her as “mamma” for the first time. Like every mother, Bollywood actress Dia Mirza excitedly awaited the first words her son Avyaan Azad Rekhi would utter. The first words said by a child are very significant to parents, and they want to capture the occasion on camera. For those who don’t know, Dia Mirza and Vaibhav Rekhi got married in May 2021, and they started a family in June 2021. 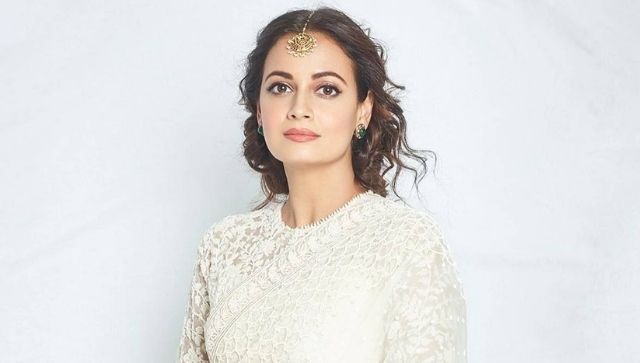 Being parents wasn’t easy for them, either, as Dia’s son was born prematurely and spent 90 days in the neonatal intensive care unit. When her son returned home, the actress made an announcement about her new baby. In a lengthy message dated July 14, 2021, Dia disclosed that she underwent an emergency C-section and that her child was then moved to the neonatal intensive care unit (NICU). 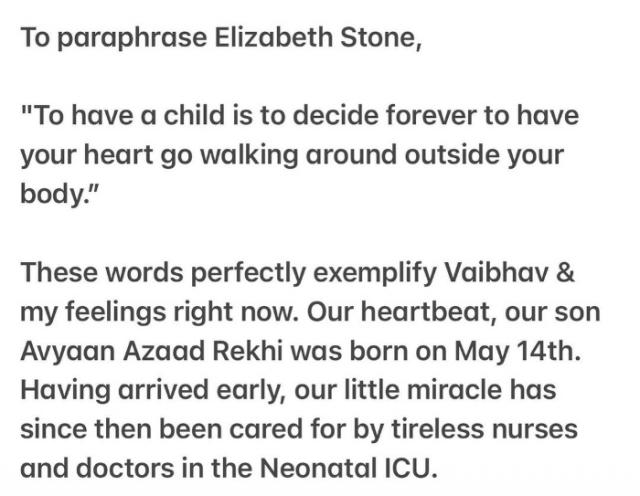 On August 4, 2022, Dia Mirza uploaded a sweet video of her son to her Instagram account. Avyaan, Dia’s infant son, was shown in the video observing butterflies and taking in the scenery when all of a sudden he murmured, “Mamma.” Dia requested him to say “papa” after she was shocked. The adoring mother added it along with her happiness and wrote: “He said “Mamma” for the first time yesterday “

Dia had previously shared a sweet photo of her kid Avyaan. Avyaan displayed his early passion of reading in the video by scouring the bookcase for the ideal title. In a onesie with a soft green colour, the young kid was gorgeous. A “Sunday” sticker had been placed on top of it by the proud mother. 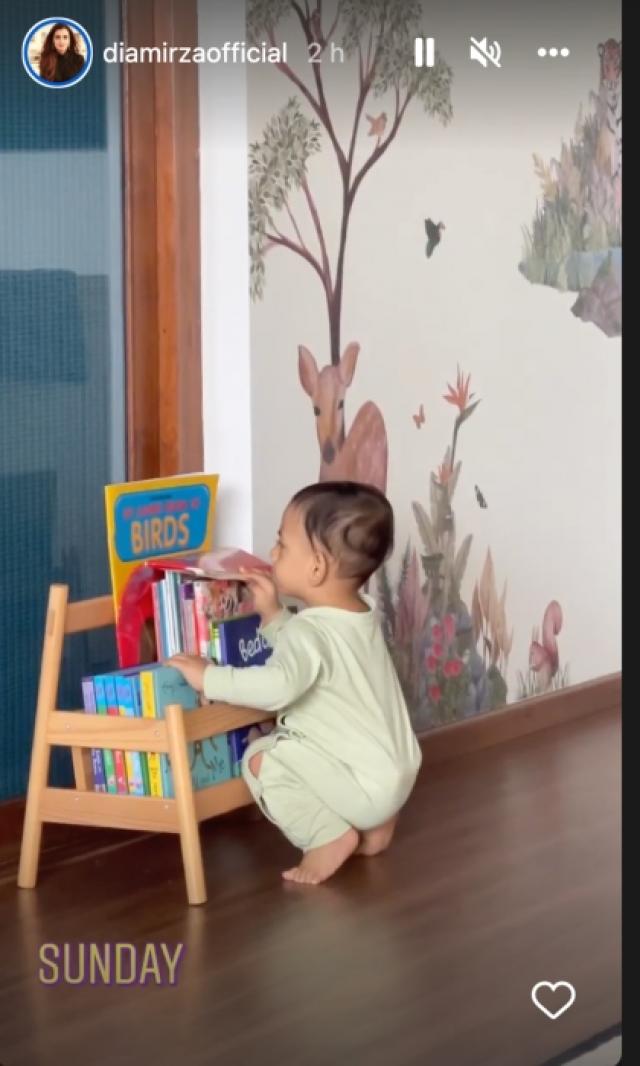 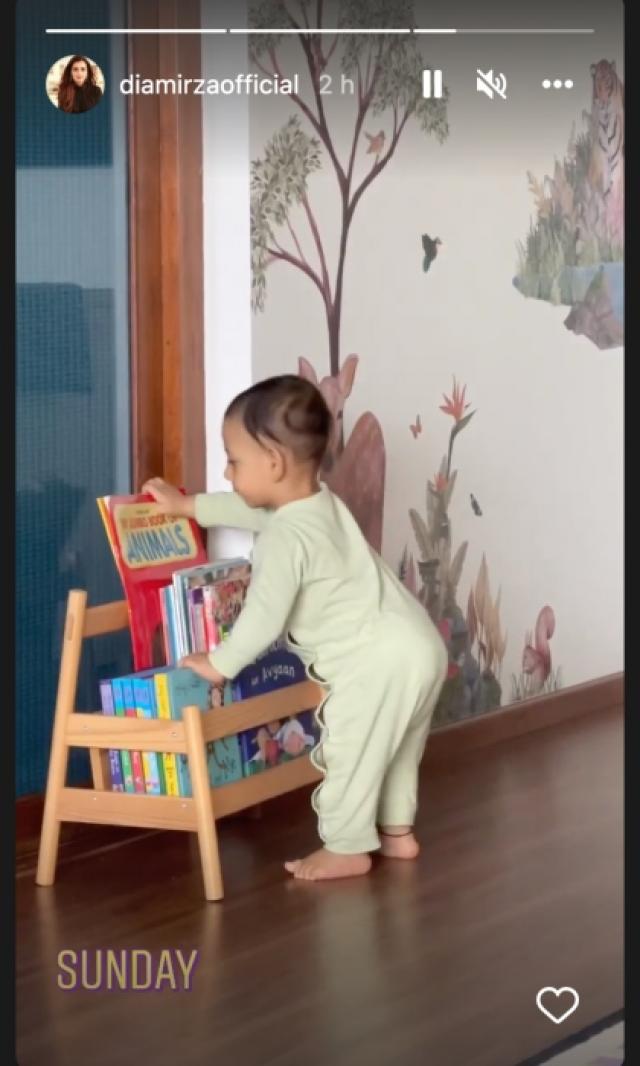 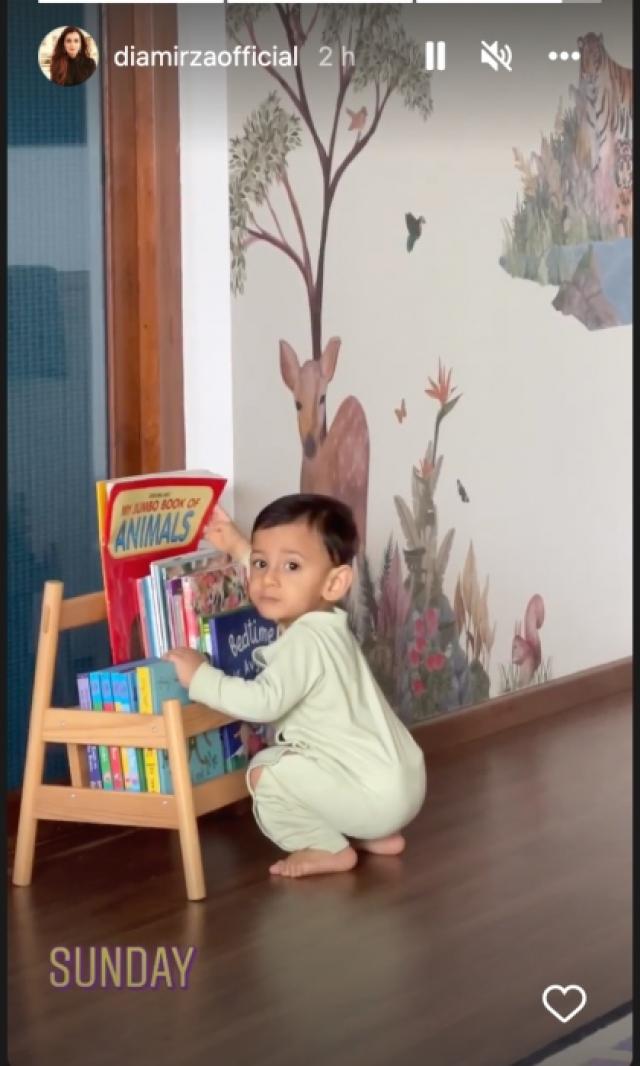 On the professional front, Dia Mirza will be next seen in the film, Dhak Dhak.