Farhan Akhtar & Shibani Dandekar Are All Set To Tie The Knot On 21st February- Checkout!

February is the most loving month of love birds. This month has the festival for Love couple “Valentine Day”. Actor Farhan Akhtar going to tie the knot with Shibani Dandekar on 21’st February. The couple was in a relationship for the last 4 years. However, Farhan Akhtar was already married to hairstylist Adhuna Bhabani. They have two daughters, Shakya and Akira – together. Buth things had changed and they both parted ways in 2017 and got officially divorced. 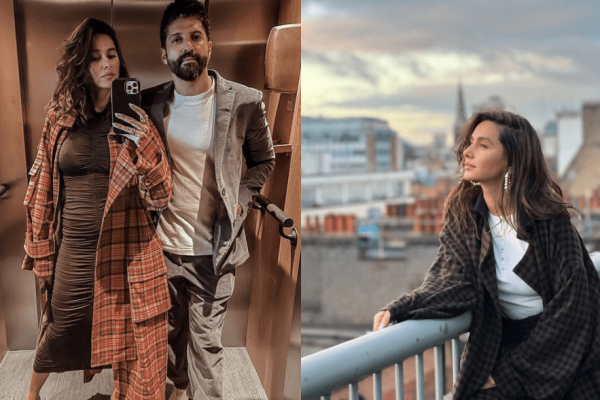 Farhan and Shibani was having a very simple relationship with each other. Spending four years in a relationship, the duo is now to take this relationship further called wedding. As per the source, the wedding takes place in Javad’s Khandala house along with close relatives and friends. In an Interview, Javad’s reveals that the wedding will be held on 21 February along with the dearest ones. He said, Yes, the wedding is taking place. Rest, shaadi ki jo taiyyariyan hain (the rest of the preparations for the wedding) that is being taken care of by the wedding planners.”

Further, he said, Shibani is a nice girl. The event will be a simple affair due to COVID protocol. We can’t organize something on a big scale as we have to consider the current situation. Last month, Shibani posted a bunch of photos to wish Farhan on his birthday. She also made a tattoo of Farhan on her neck. While sharing the images, she captioned My Foo, to what will be your best year yet. Love you FOREVER Happy birthday x,”. On a work front, Farhan Akhtar comes back in a direction after a decade. Farhan will direct “Jee le Zaara” starer Alia Bhatt, Priyanka Chopra and Katrina Kaif.