Bharti Singh and Harsh Limbachiyaa became the proud parents of a little sunshine named Laksh on April 3, 2022. Since then, Bharti and Hararsh’s Instagram accounts have been overrun by photos and videos of their son. His loving parents never shy away from introducing Gola (the nickname Laksh’s given by his mother and father) in the Instagram and YouTube handle that is Life Of Limbachiya. 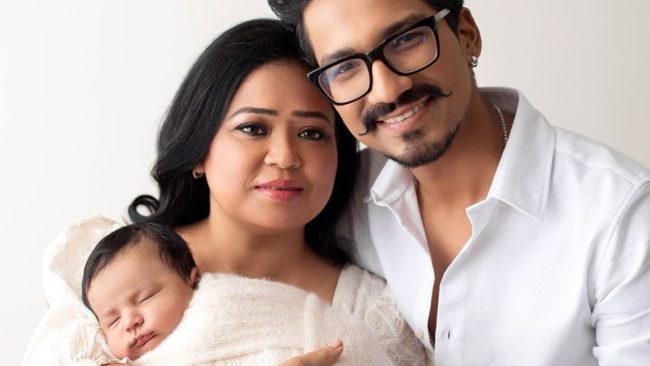 Over time, Laksh became one of the most popular celebrity kids and there is no second thought about it.

Initially, Bharti and Haarsh decided to hide their son’s face from the press. And finally, on July 12, 2022, Laksh’s face was revealed when the new parents took to their respective Instagrams and posted amazing photos of their dream white photoshoot. 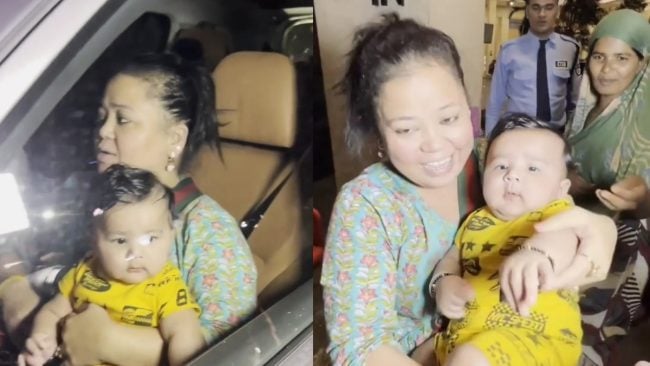 yesterday night On August 17, 2022, Bharti and his son Laksh were seen getting out of the car after a night out. The queen of laughter without makeup looks pretty in a green dress with a floral print, and Gola looks like the little and adorable sun in a yellow T-shirt. The video was captured and shared by Paparazzi. In a conversation with the paparazzi, when paps asked, “where is Harsh bhaiya? “She said, “Harsh is preparing food for us”. 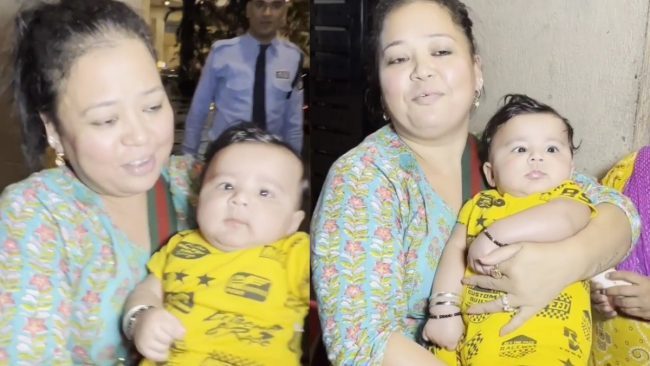 Bharti also wished paparazzi Rakshabandhan and Independence day as she met them after the festival and requested people to celebrate Ganpati with all the precautions related to covid. She said, ” Let’s celebrate the Ganpati festival but with less crowd as covid is somewhere hidden”.After this Paparazzi was seen calling Gola bhanje, bhanje,bhanje. Gola was seen looking at everyone so adorably that anyone would fall in love with his innocence.