Hansika Motwani released the first official photos from her wedding. In a lavish ceremony, the actor married Sohael Kathuriya at Jaipur’s Mundota Fort and Palace. She wore a red lehenga with bridal jewellery, and the groom wore a cream sherwani with a matching turban.Here’s the Inside photos and videos from Hansika Motwani’s lavish, dreamy wedding to Sohael Kathuriya. 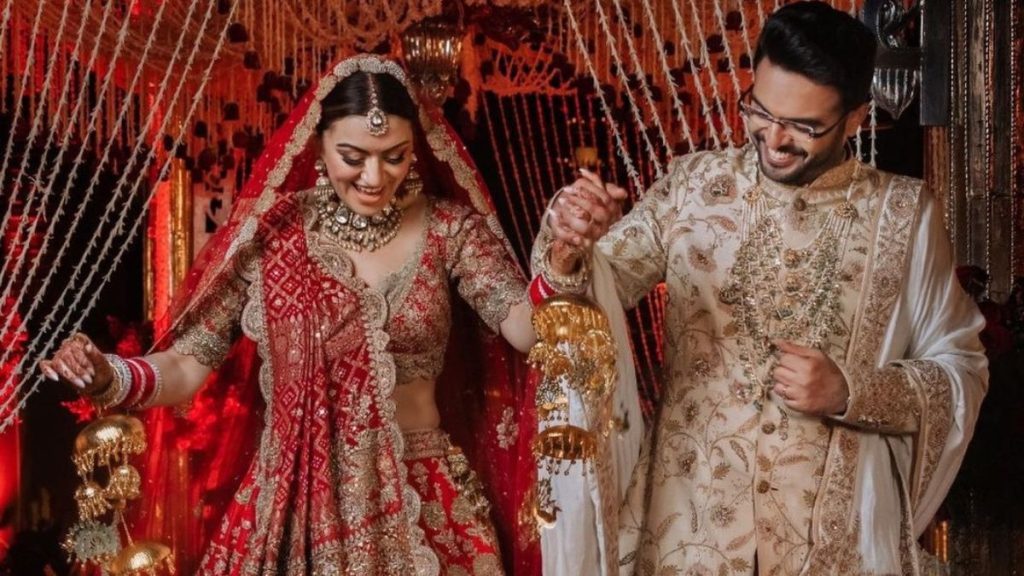 Hansika captioned three photos from their pheras around the holy fire on Instagram, “Now and forever 4.12.2022.” The first image shows Hansika and Sohael walking around the holy fire in the mandap while holding hands. The second image shows him applying vermillion to her hair parting. The third photo shows them walking together. It also shows her entire bridal ensemble and jewellery. 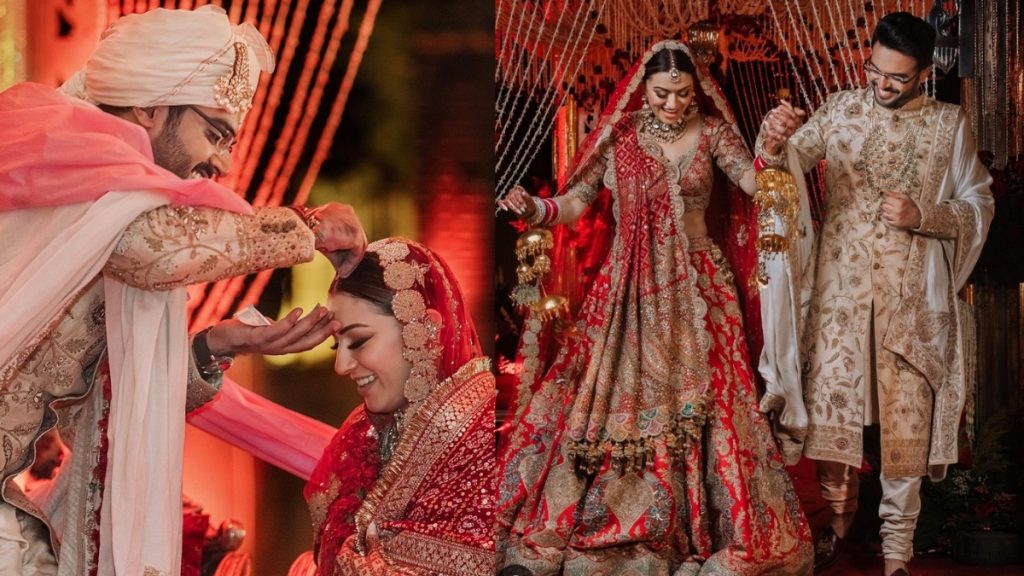 “Congratulations to both of you,” said Mandira Bedi in response to the post. Esha Gupta and Karan Tacker also congratulated her. “Most magical wedding ever!” said actor Sriya Reddy, who also attended the wedding. #nowandforever.” “shakalaka boom boom!!” said another fan. “The girl has matured and married.” 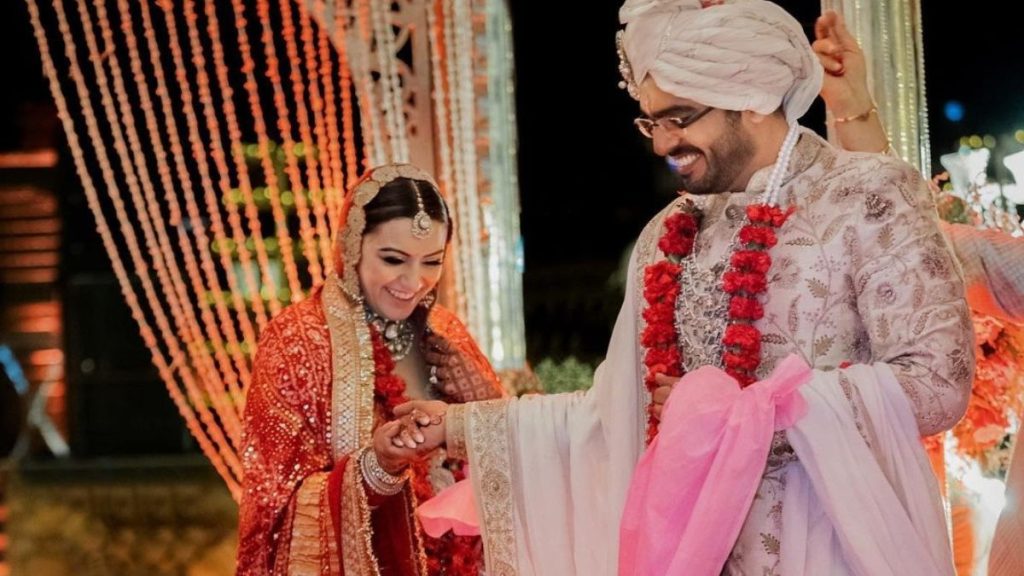 Despite the fact that their wedding was a private affair, many photos and videos have gone viral on social media. During the varmala ceremony on Sunday night, fireworks lit up the night sky. In one of the videos, Hansika and Sohael can be seen holding hands after the ceremony.The couple flew to Jaipur for other functions after having a Mata Ki Chowki in Mumbai. They hosted Sufi nights, cocktail parties, Haldi ceremonies, and Mehendi ceremonies. She had a dream proposal in Paris, and Hansika had posted a photo of it on Instagram. 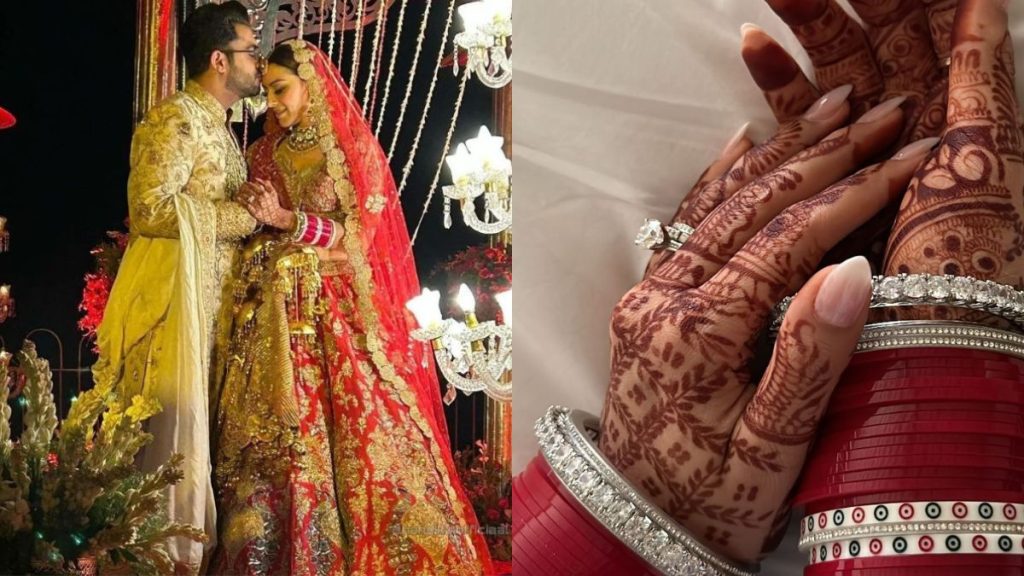 Hansika made her television debut as a child artist in Shaka Laka Boom Boom’ before going on to star in Hrithik Roshan’s film Koi Mil Gaya. She made her lead acting debut in Puri Jagannadh’s Telugu film Desamuduru.