Hema Malini remembers visiting Afghanistan for shooting with Feroz Khan & says ‘There was no problem at that time.’

Bollywood star Hema Malini took a trip down remembrance lane and recalled her experience of visiting Afghanistan several decades ago. She called Kabul ‘beautiful’ and said that she traveled to Bamiyan, Khyber Pass, and Band-e-Amir. Hema Malini also said that she had ‘Rotis (chappatis)’ with onions at a Dhaba. 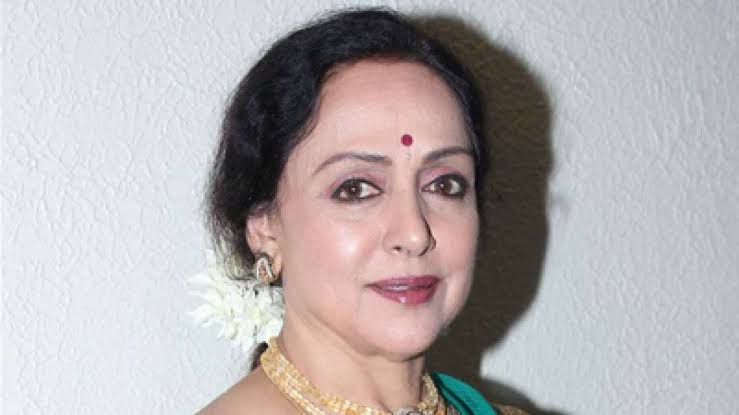 Hema Malini worked with Feroz Khan in Dharmatma.
The actress Hema Malini visited Afghanistan to shoot her 1975 film Dharmatma. It was the first Bollywood film to be shot in the country. The cast included Feroz Khan, Rekha, Premnath, Danny Denzongpa, Farida Jalal, Ranjeet, Helen, among others. The hit song Kya Khoob Lagti Ho was also shot there. 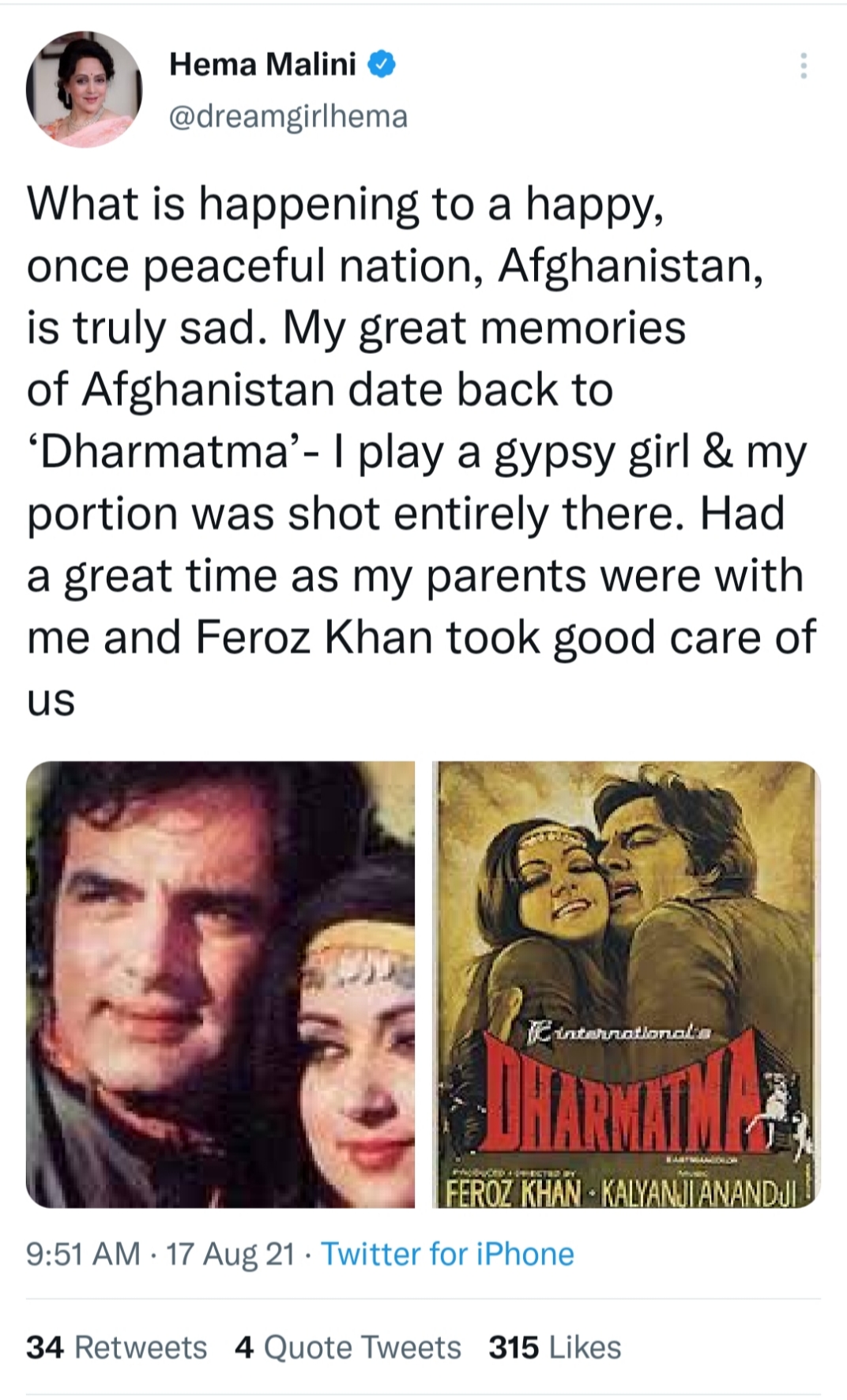 Speaking in a statement, Hema Malini said, “The Kabul I knew was so beautiful and my experience there was very nice. We had landed at Kabul Airport, which was at the time as small as the Mumbai airport, and we stayed at a hotel nearby. But eventually, we traveled to locations like Bamiyan and Band-e-Amir for our shooting and while returning we would see these men with long kurtas and beards, who looked like Taliban. At that time Russians were also a force in Afghanistan.”

“There was no problem at that time, it was peaceful and Feroz Khan had managed the whole trip and it was a very well-organized shooting. My father had accompanied us to the shoot and when we were passing through Khyber Pass…We were all hungry so we stopped at a Dhaba.
Because we were vegetarians, we bought Rotis and ate them with onions. Again, I remember seeing similar-looking men. They looked very scary but, I think most of them were those kabuliwallahs.”

On the current situation in Afghanistan, she called it ‘sad’ as people are ‘trying to escape from the country’. Hema Malini noted that the ‘mad rush at the airport is very scary’ and fears for the future of the country. 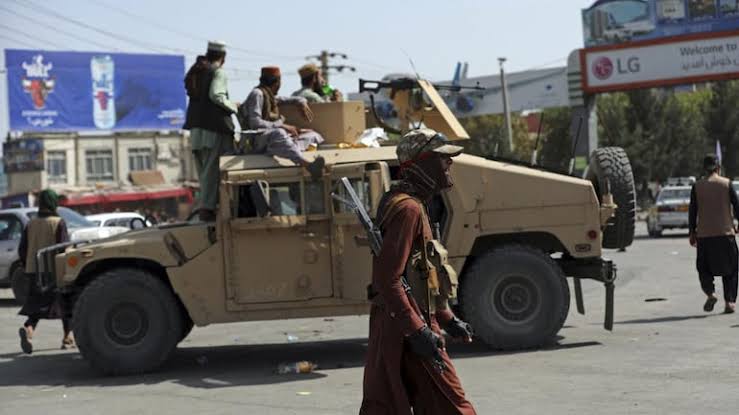 The Taliban invaded power in Afghanistan two weeks before the US was set to complete its troop withdrawal after a two-decade war. They stormed across the country, capturing all major cities in a matter of days, as Afghan security forces trained and equipped by the US and its allies melted away.

As Taliban fighters started arriving in Kabul on Sunday afternoon as part of their lightning blitz against the government-controlled areas, Indian authorities rushed to ensure the safety of hundreds of diplomats and citizens still in Afghanistan.