Hollywood Star Sharon Stone Screams “Oh My God” When She Spots Shahrukh Khan Next To Her; Watch Video

Actor Shah Rukh Khan surprised many, including Hollywood star Sharon Stone, at the Red Sea Film Festival on Thursday. Video from the event shows Sharon looking in awe at Shah Rukh next to her. 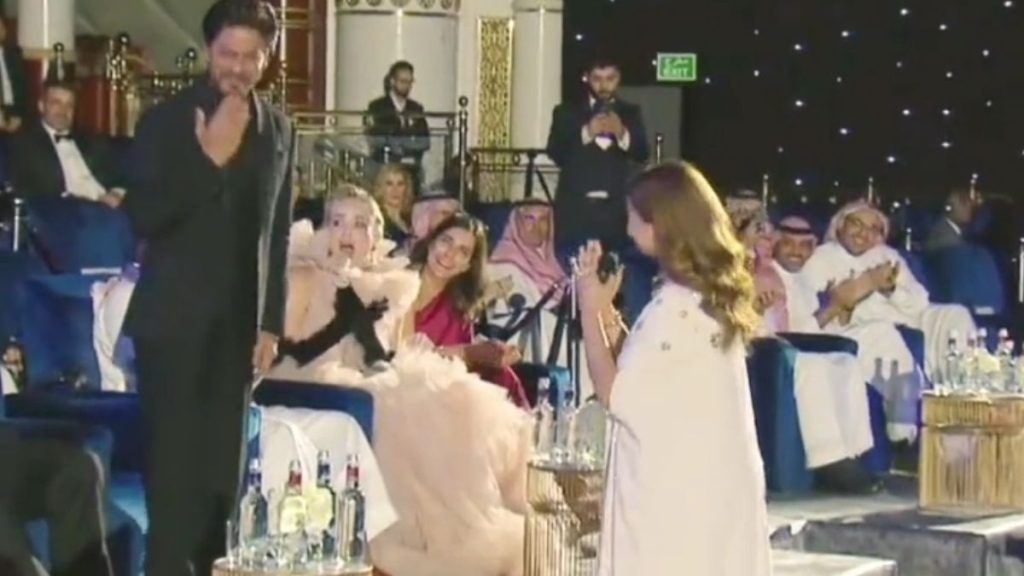 In the video, when the host introduces Shah Rukh Khan to the audience, Sharon first gasps and then exclaims, “Oh my God!” She is wearing a beige dress with black gloves on her hands. When he sat down on a chair, he screamed and clutched his chest. Shah Rukh watched her reaction and leaned in to kiss her on the cheek.

My favourite part of today's event, Sharon Stone's reaction when she realised Shah Rukh Khan is sitting next to her.. We can't blame her, can we?#ShahRukhKhan#RedSeaIFF22 pic.twitter.com/9avyz9OItc

Shah Rukh and Kajol attended the Red Sea Film Festival when the blockbuster Dilwale Dulhania Le Jayenge premiered. In one of the clips, SRK sings ‘Tujhe Dekha Toh’ from DDLJ for Kajol. He also gave Kajol the famous Baazigar line.

Shah Rukh received a special award at the Red Sea Film Festival, He said, “I am honored to receive this award at the Red Sea International Film Festival. It was a real pleasure to be here with my fans from Saudi Arabia and the region who are always very supportive of my films. I congratulate the talents in this field and look forward to being a part of this exciting community of filmmakers. 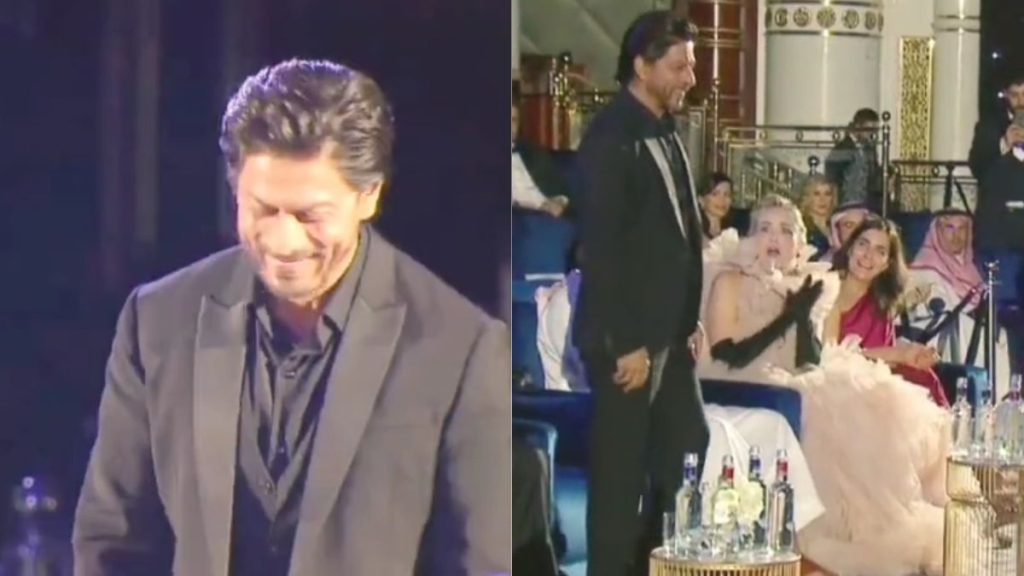 He continues,”Films unite because they convey the common human experience of different cultures. I love films because they evoke emotions regardless of language or culture. And thanks for the subtitles. It brings to the fore everything human and, better than any other art, shows how our basic aspirations and feelings are the same, despite the diversity of our world,” he said after receiving the award.” 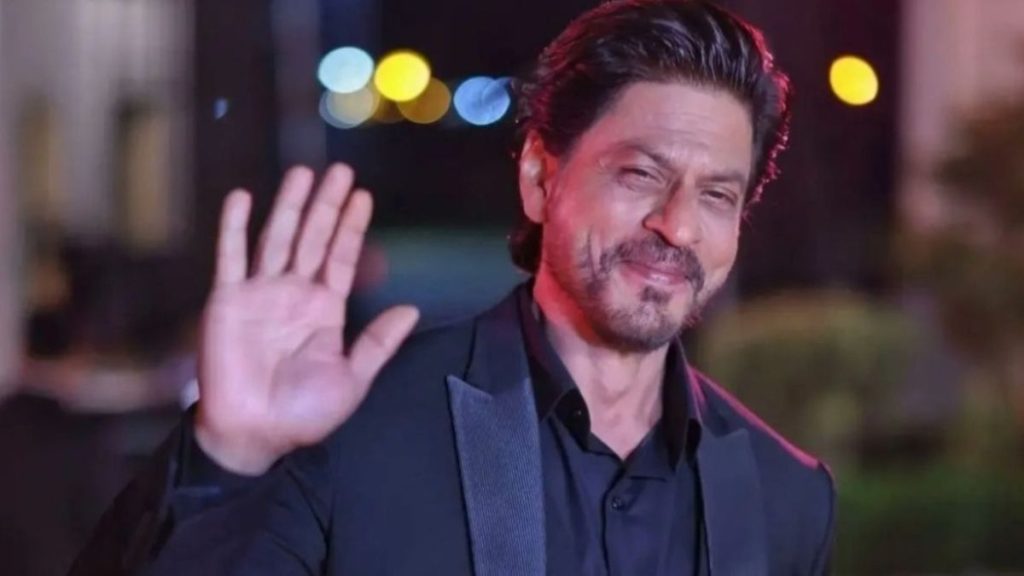 SRK Added, “Films respect diversity. It doesn’t stop entirely at exploring the differences. And at the same time, it teaches us the most beautiful way not to be afraid of difference.”He will next appear in Pathan, Jawaan and Dunki.