John Cena Shares Transformation Pictures Of Arshad Warsi, The Actor Is Quite ‘Kicked’

Recently, actor Arshad Warsi, known for playing comic characters on screen, shared his beefed-up look on his social media handle. Soon after that, his transformation pictures became viral on various social media platforms. From celebrities to his fans, everyone started praising the actor for achieving such a commendable feat for his next movie. The latest to join the bandwagon is US actor-wrestling star, John Cena.
Cena shared Warsi’s transformation photo on his Instagram page. Arshad appreciated his gesture and reposted the same on Twitter He also said that he was ‘quite kicked’ about it. 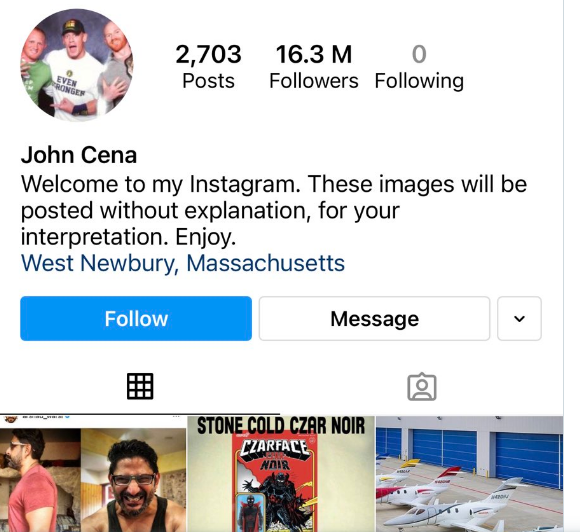 Arshad, in his tweet, wrote, “John Cena posted my pic on his Instagram page. I am quite kicked about it.” In the snap, Arshad is seen flexing his arms to show his toned biceps and flashing a big smile for the camera. 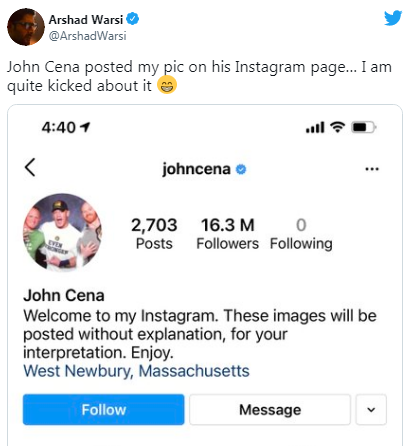 John Cena is known for sharing random pictures on his social media handle. Without any context or caption, he just puts out pictures for the audience to decode them. He has previously shared photos of Indian celebrities like Ranveer Singh, Shilpa Shetty, Shah Rukh Khan, Asim Riaz, etc. When he shared pictures of Irrfan Khan, Sushant Singh Rajput and Sidharth Shukla after their deaths, it seemed like a tribute to the late actors from the wrestler.

Many Indian fans landed on Cena’s post and left comments also. Remembering Arshad’s character from his movie Golmaal, one of the fans wrote, “Ye to Apna Madhav hai (this is our Madhav).” “John Cena is Indian hence proved,” commented another fan.

Arshad surprised and impressed everyone by sharing his pictures on Instagram last week. While sharing the glimpse of his transformation, Arshad wrote, “Long way to go, but getting in shape for my next project.”

Here’s what he shared: 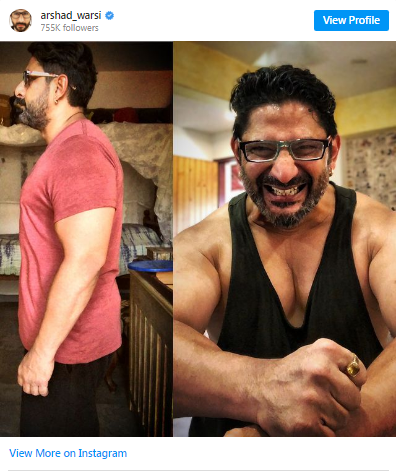 However, in a follow-up tweet, the Asur actor has revealed that he is far from fit at present and doesn’t want to talk about it in detail as of now. He tweeted, “To our press fraternity who want to talk to me about the picture I posted. I am sorry but I am far from fit, the day I feel I am worthy of talking about my fitness, I promise I will talk. Tab tak ke liye maafi chahata hun (Till then, I apologise).”

Arshad will be next seen in Bachchan Pandey with Akshay Kumar and Kriti Sanon. He last appeared in Durgamati with Bhumi Pednekar.