Actor and critic Kamaal Rashid Khan(KRK) remains in the headlines less for his films and more for his controversial statements. And since he is very active on social media, he keeps comments on one celebrity or another now and then. And he is at it again. This time, it’s Kangana Ranaut and KRK has claimed something or someone personal to her. 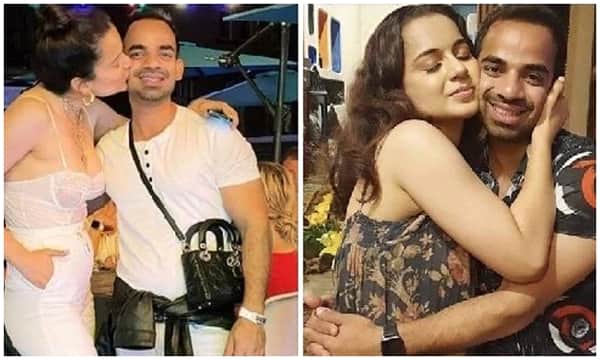 The actor-critic tweeted that Kangana was dating someone called Imran but soon deleted his tweet. Along with this, he also accused the actress of doing “love jihad”. He also tweeted two pictures of the actress in which she can be seen with a person. KRK claimed that the person in the photograph is Imran, the man she is dating now. In his tweet, he also said that Kangana was dating an Egyptian named Imran. He called it “love jihad” and said that this was not expected of her. However, later, the tweet was pulled down by him. 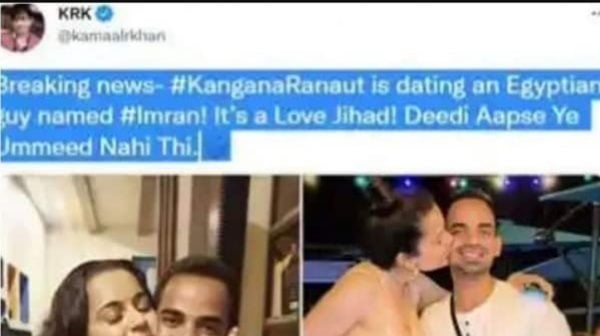 Before he deleted the post, users on social media noticed, took a screenshot, and made it go viral on social media. Several Twitter users reacted to KRK’s tweet. Kangana’s fans, on the other hand, are waiting for her reply.

A few days ago, the four-time national award winner, Kangana shared a picture with a man. She also wished the person on his birthday. The person visible in Kangana’s post is the same whose picture was shared by KRK. The difference, though, is that while KRK has named the man Imran, Kangana referred to him as Rizwan in her post.

She wrote, “Dear Rizwan, Happy 29th birthday to you, what can I gift you on this auspicious occasion my dear one!! You have dedicated every single minute of your life to my passion… Every morning you wake me up we go through the grind together but you sleep after me, no matter how many tough locations and demanding work hours I throw at you, you ride them like a wave, that too with extraordinary enthusiasm and weird sounding laughter, we don’t even speak anymore just exchanging glances and speaking the language of mind has become our communication…and I love that. I hope you prosper more and get married soon and remain the most energetic person that I know, on your birthday there is nothing I can offer you except for the wish that I will be worthy of your love, devotion, and dedication… Happy Birthday again my dear…”Kangana had said in her Instagram post.

The fans are now waiting for Kangana to respond to KRK’s tweet.