Bollywood star Kangana Ranaut returned to Twitter on Tuesday. A day later, she tweeted that the film industry is “crass” where the success of an industrial project is measured by the money it makes. Kangana’s comments came on the release day of Shah Rukh Khan’s much-anticipated film Pathan. The film is expected to have a record-breaking opening on Wednesday. 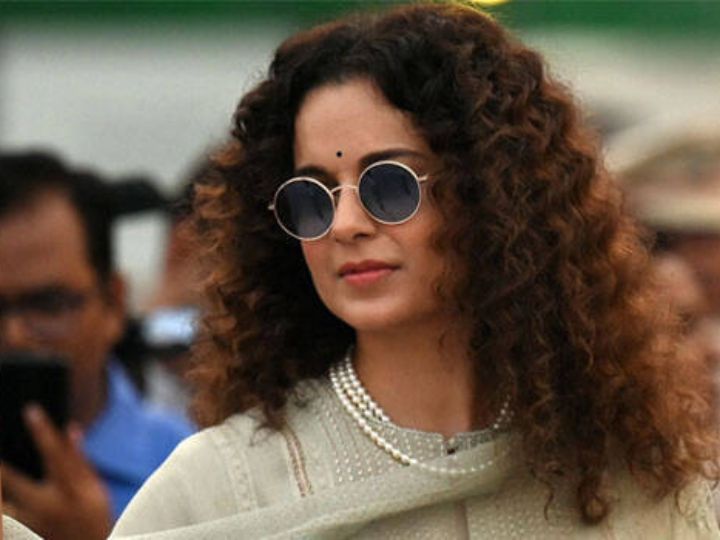 She wrote that the film industry is crass and crude. Whenever they want to project the success of any endeavour or creation, they throw flashing currency digits in your face. It is as if art has no other purpose. It exposes their low standards and the kind of deprived lives they live.

She said that cinema is not made for “big financial gain” like other industries and that is why artists are worshiped. Kangana said that primitively art blossomed in temples and reached literature and theatres as well as eventually inside cinemas.

It is an industry not designed for major economic gains like other billion or trillion-dollar businesses. She said that that is why art and artists are worshiped not industrialists or billionaires. She further added that even if artists indulge in polluting the very fiber of art and culture in the nation they must do it discreetly not shamelessly. 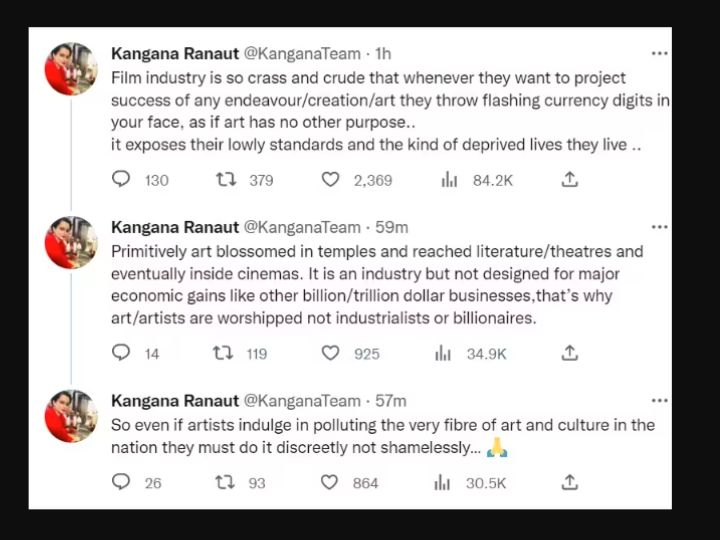