Even before the success of the film ‘Bhool Bhulaiyaa 2’, actor Kartik Aaryan’s down-to-earth personality made him a superstar among the masses, and after the film became a super hit at the box office, his popularity took off. There was a lot of change in the actor during the phase. Not only did he promote the film among the fans, even after its stupendous success, but there is also humility in the actor which takes him even closer to the fans. Recently, the actor was seen enjoying street food, after which fans are praising him fiercely. 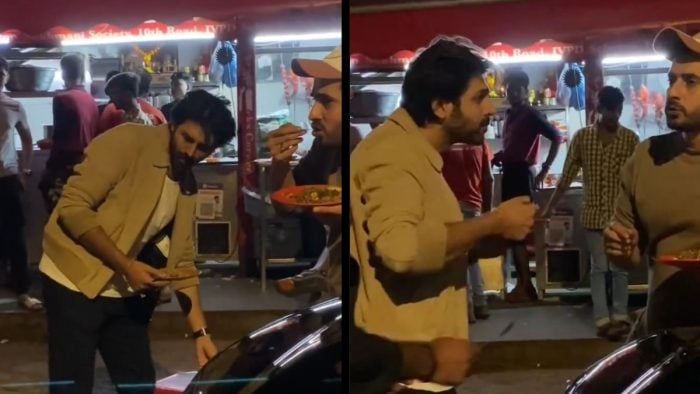 Kartik Aaryan was recently seen savoring street food at a stall in Juhu and was accompanied by Sunny Singh, the co-star of the film ‘Sonu Ke Titu Ki Sweety’. During this, both were seen as very comfortable as a common men. Along with the food, Karthik also clicked a selfie with the fans with simplicity.

Fans are seen tying bridges of praise for Karthik Aryan. A user gave his response and wrote, ‘Whatever you say, the person is connected to the ground, do not let success go to your head’. On the other hand, another user wrote, that he never shows attitude. Similarly, many users were also seen making funny comments. one user wrote, Karan Johar must be crying sitting in the corner. Another wrote, Sonu Ke Titu Ki Sweety Ki Bhool Bhulaiyaa. 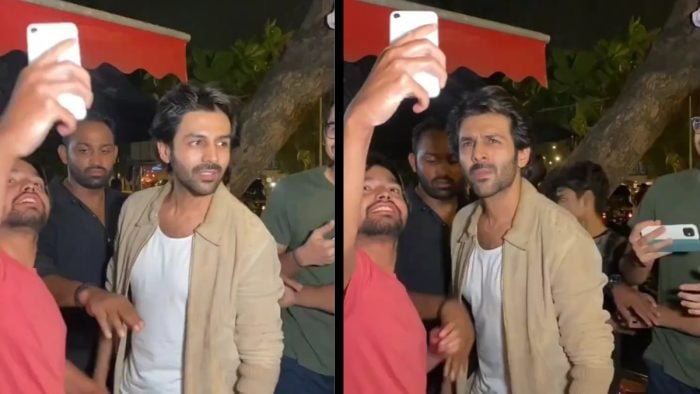 Let’s talk about Bhool Bhulaiya 2 on OTT, ‘Bhool Bhulaiya 2’ has earned a lot at the box office and now this film is also present on OTT. You can watch it by subscribing to Netflix. At the same time, the title song of the film is also making a lot of noise.