Krystle Dsouza is a well-known actress on the Telly Awards circuit. On her Instagram account, the actress frequently posts stunning images of herself, including some jaw-dropping shots of her dressed in unusual outfits. The actress understands just how to nail each look with total perfection, from donning traditional costumes to turning heads in western style. Krystle has a sizable fan base and is active on social media regularly. Regularly, the stunning actress posts a plethora of images relating to fashion and travel to her social media accounts. 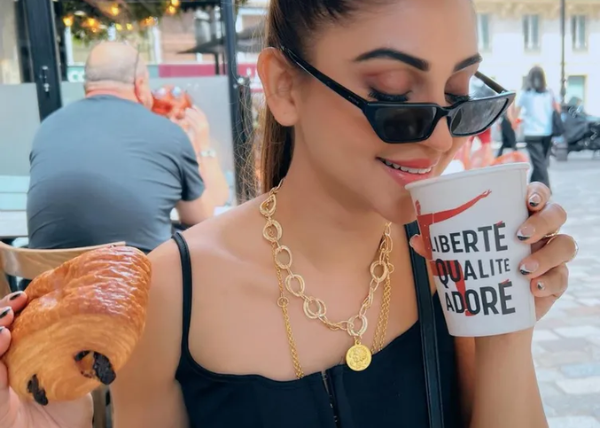 Krystle and her rumoured lover Gulam Goose Deewani are now having a great time in Paris. The actress has been showering her admirers with incredible photos and videos from this stunning location. She posted a few photos on her Instagram account that are well worth a look and will undoubtedly take you on a virtual tour of Paris. The actress has been exploring this unusual locale to the fullest, visiting art studios and streetside eateries.

For the uninitiated, Krystle was said to be dating Race 3 star Freddy Daruwala after her separation from Karan Tacker. Later, the actress explained her relationship with Freddy and wrote a note on her Twitter account.

Krystle D’souza talked about how everything went to her claimed love life in a 2017 interview with IANS. The actress has previously stated that she will remain unmarried until she had a ring on her right finger and a date set.