Kangana Ranaut has released the first teaser for her next reality program, Lock, Upp. Hence, the program recognizes all the issues of Bollywood, such as nepotism. On the other hand, is the teaser going to cause a stir? Aryan Khan, the son of Bollywood superstar Shah Rukh Khan, was detained on October 3 in a purported narcotics seizure onboard a cruise ship by the Narcotics Control Bureau (NCB). The Magistrate and Sessions Courts denied Aryan’s bail application, so he applied to the Bombay High Court.

Another comment made by the actress has piqued everyone’s interest. Not only that, but her nepotism remark appears to be a hit at Karan Johar, and her B-grade struggler’s remark seems to be a shot at Taapsee Pannu and Swara Bhasker.

She confesses that she has always been a queen of controversy in the teaser. Along with that, her real-life has become a 24-hour reality show. 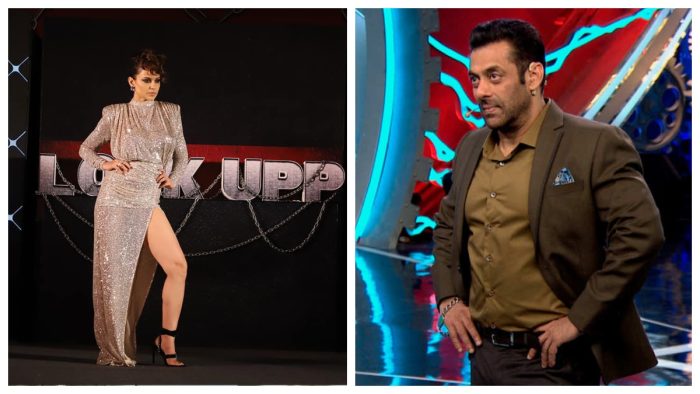 The advertisement of this program seems to have been created, in part, to capitalize on Kangana’s controversial image. The drama appears specifically designed to bring attention to this issue based on what I’ve seen so far.

The show’s marketing lines allude to some of Bollywood’s most contentious issues without identifying anyone. Still, we know who the show’s namesake competitors are, though an official statement has yet to be released.

From the first trailer, it appears that a new reality program would take the place of Bigg Boss as the father of controversy.