Mrunal Thakur’s acting talent has been causing quite a stir in the town. The actress has starred in several noteworthy films and is now working on projects such as Jersey, Pippa, and Thadam. The actress is quite active on Instagram, where she shares her daily life updates with her fans and has a large fan base. Mrunal shared a wonderful photo of herself and her grandmother on Instagram today to wish her ‘Dadi’ a happy birthday, and it was just too precious. 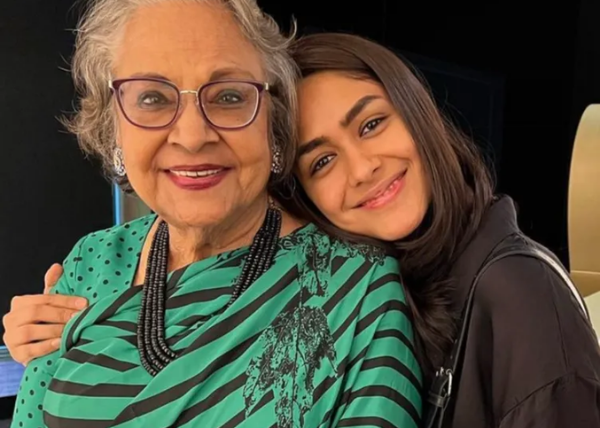 The actress and her grandma looked stunning in the photo that Mrunal shared. Their warm smiles were contagious, and the photo exuded happiness. Madhu Raja, Mrunal’s grandmother, is an actress, model, voice actor, and presenter. The grandma and granddaughter have a strong relationship. Mrunal also included a beautiful and brief remark with the post. She wrote, “Happy birthday Dadi! Thank you for everything. We love you.” Fans and industry colleagues filled the comment area with good wishes as soon as Mrunal wrote. “Happy happy to her,” commented Mrunal’s pal and actress Mouni Roy. 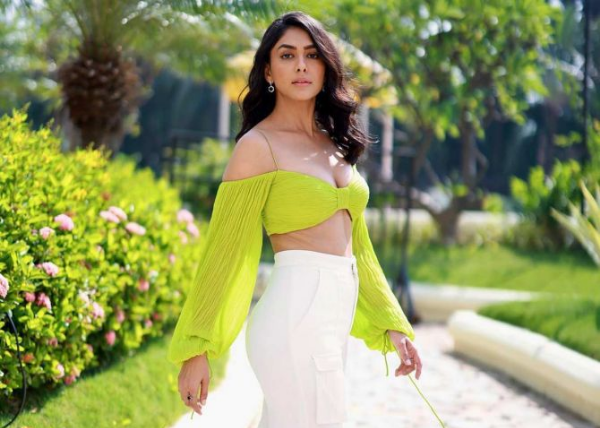 Mrunal Thakur is an Indian actress who works mostly in the Hindi and Marathi film industries. Her debut appearance on screen was in the play, Love Sonia.

Mrunal Thakur will next be featured in the sports drama Jersey, according to her professional career. Shahid Kapoor plays a major role in the film. It is an authentic remake of a Telugu film of the same name, directed by Gowtham Tinnanuri. Jersey is produced by Allu Aravind, Dil Raju, and Aman Gill, three South Indian film producers. The film will be released on April 14th of this year. 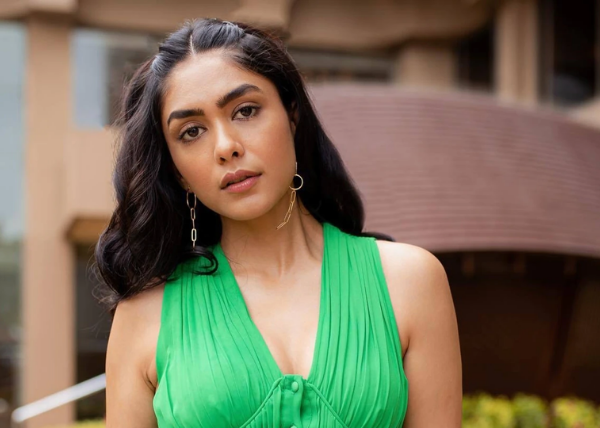 She’ll also be seen in the comedy picture Aankh Micholi. Paresh Rawal, a famous Bollywood actor and comic politician with a nearly four-decade-long career, will play a major part in the film. The film will tell the story of a family of misfits who is trying to keep some secrets hidden from an NRI suitor and his family for their daughter to marry the well-to-do NRI. The makers of this comedy-drama revealed the November 22, 2021 release date, and the complete cast and crew celebrated the date with a poster that included all of them. On May 13, 2022, the picture will be released in theatres, and it will take you on a roller coaster of drama and laughter.