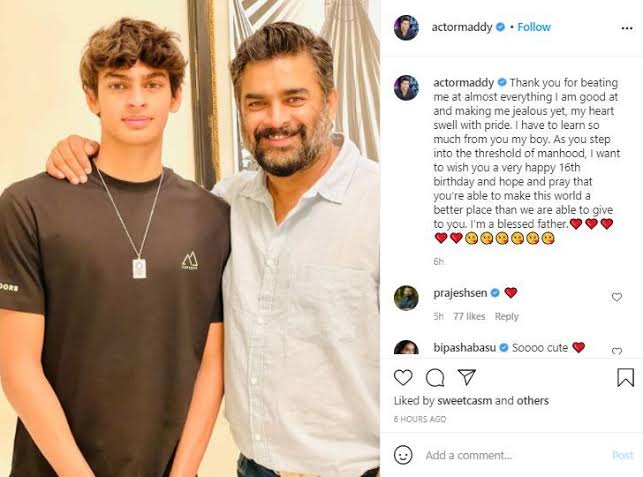 The actor Madhavan, a doting father, has always supported and appreciated his son’s endeavors. Earlier this year Maddy had shared a picture of his son along with his team and had congratulated them on a big win.

On Vedaant’s 16th birthday in August, Maddy had called himself a “blessed father”. He had taken to his social media platforms and written, “Thank you for beating me at almost everything I am good at and making me jealous yet, my heart swell with pride. I have to learn so much from you my boy. As you step into the threshold of manhood, I want to wish you a very happy 16th birthday and hope and pray that you’re able to make this world a better place than we can give to you. I’m a blessed father.” 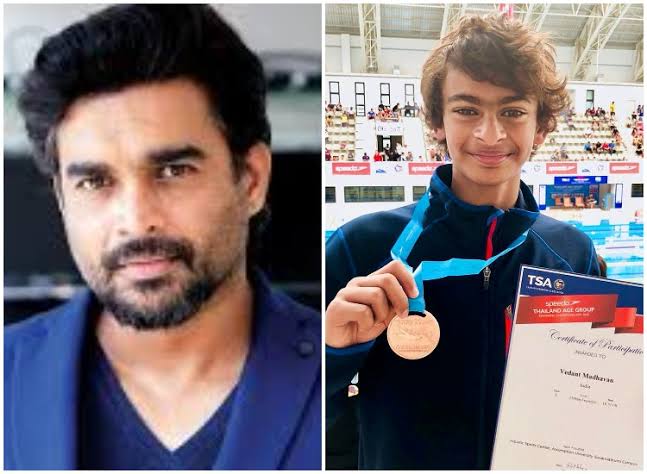 On various occasions, the actor Madhavan has shared his excitement about his son’s several achievements in swimming skills. On the work front, the actor was last seen in Shah Rukh Khan’s Zero in 2018 and Amazon Prime Video’s Nishabdam in 2020. He will next be seen starring in Rocketry: The Nambi Effect in the titular role which he has also written and directed.