Sajan Re Phir Jhoot Mat Bolo Fame Parvati Vaze just got married to the love of her life and the pictures are out. Parvati Vaze has been in a real relationship with Ritesh Nath for the nine years. Too long, right? The couple got engaged on March 16, 2019, in an intimate ceremony in Udaipur which was graced only by their families. Their love story is not less than a film. The two met on a road trip with their common friend. As they felt a connection, the duo started seeing each other. 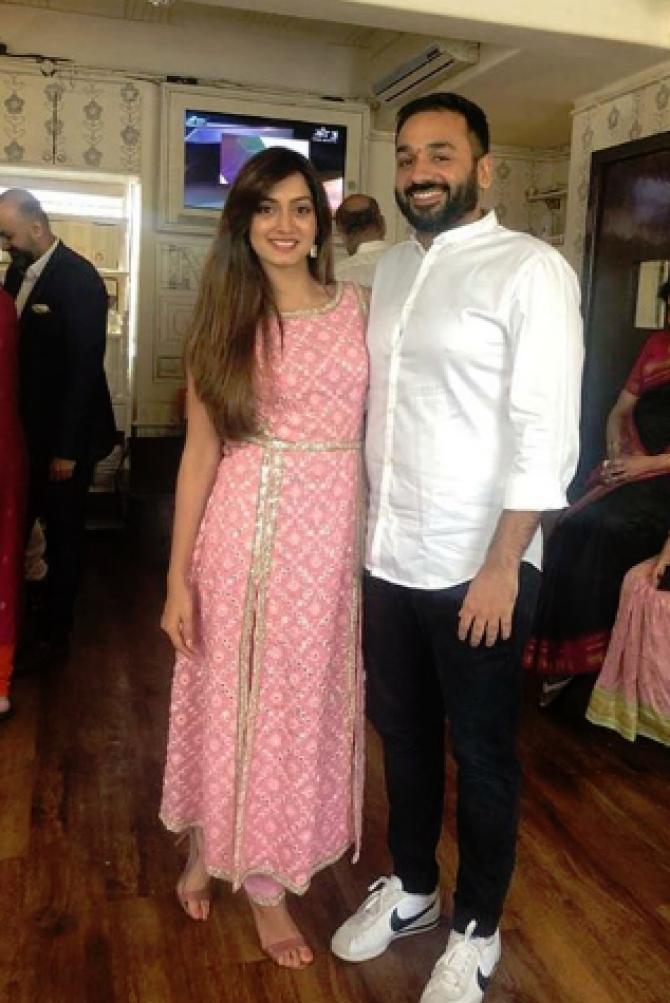 And finally now, on August 3, 2019, Parvati Vaze and Ritesh Nath got married in a destination wedding in the city of lakes, Udaipur itself, where they got engaged. Their wedding was an intimate affair attended by the family members only. As Parvati looked mesmerising in her simple orange and rust Maharashtrian paithani, her groom also looked all groomed. She complimented her look with subtle jewellery and an adorned messy bun. Sharing a glimpse of her wedding, Parvati shared some pictures and captioned it as “For all those wondering. Yes, the pandit actually does crack jokes at the mandap.” Take a look at the pictures here: 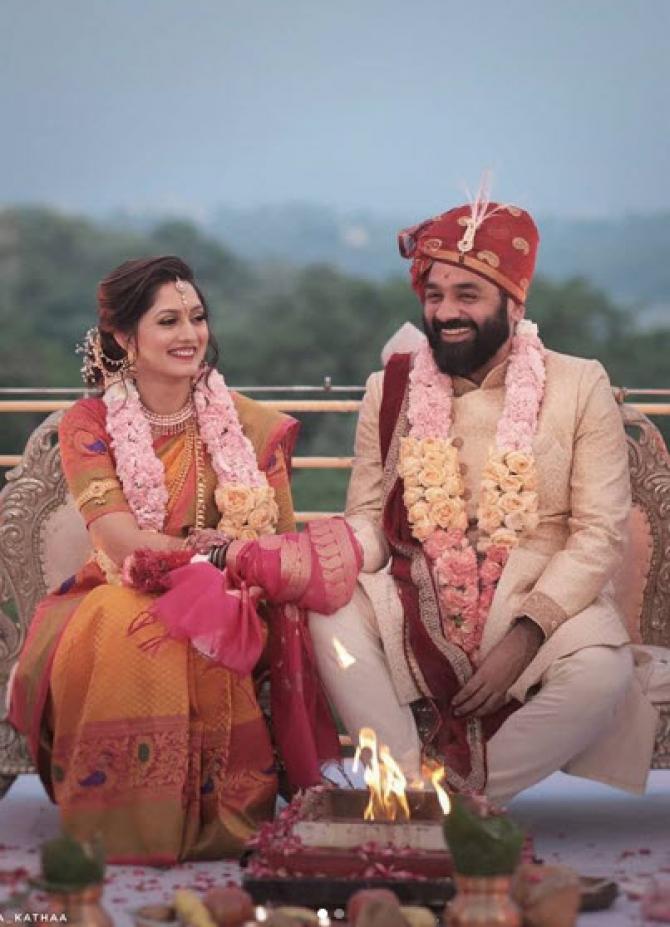 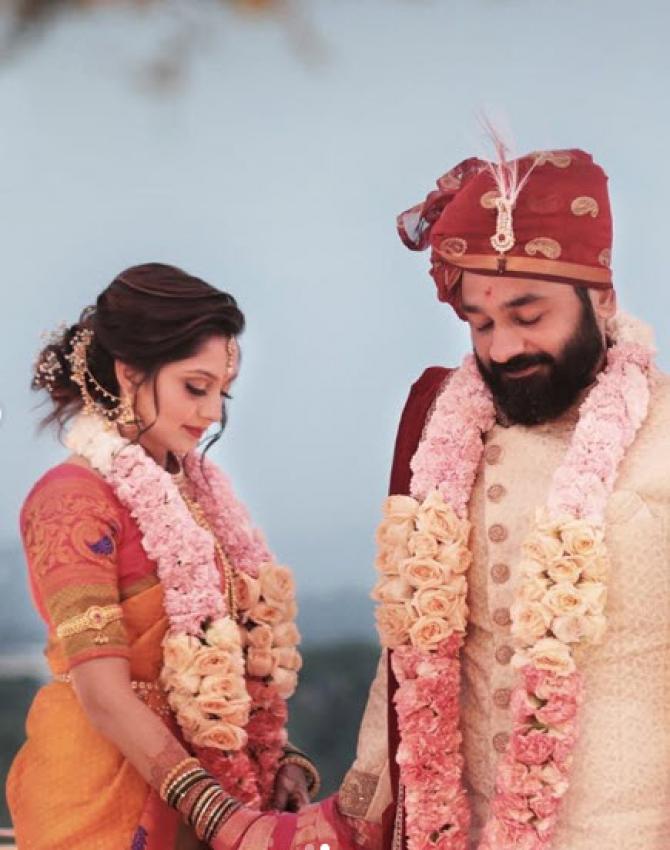 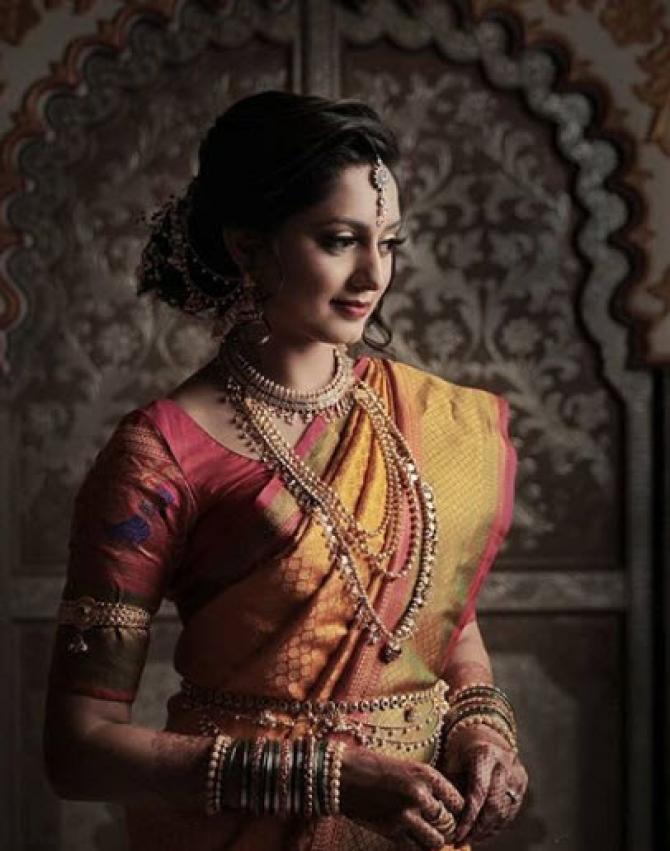 Talking about the connection with Udaipur, Parvati stated, “We feel a connect with Udaipur and according to me, it’s the most romantic city in the world. Ritesh and I always wanted our marriage to be a close-knit affair, which would have been difficult if it was held in Mumbai. Destination wedding gives you the option to keep it private.”

Sharing about her filmy love story, the actress said, “Ritesh and I actually met in funny circumstances. A friend of mine was trying to get together with a friend of his, and four of us went on a road trip outside the city. Things didn’t work out for our friends, but we connected instantly. We later realised that we were staying just down the road from each other in Mumbai. Ritesh is my best friend and biggest support. We share many common interests in sports, reading, movies, travel, food. I could go on and on. I feel that it’s very easy to fall in love with someone when he is a genuinely good person at heart.” 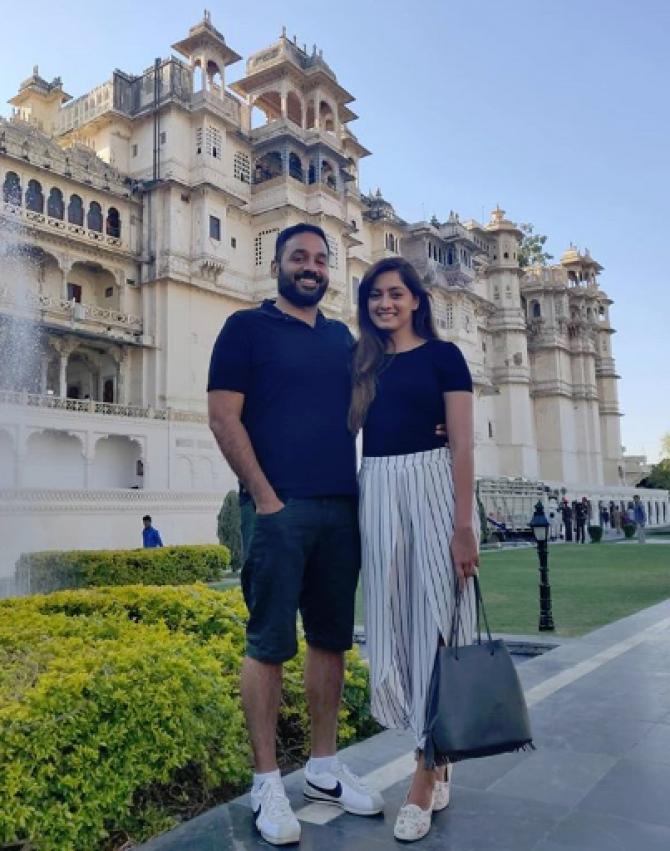 Back then, the actress confirmed her engagement with Ritesh and informed, “Yes, I am engaged. It was a surprise for me as well. Ritesh and I have this habit of taking off on a short trip every two months. I had planned a trip to Udaipur in the last week of January, but Ritesh kept postponing it citing work and other reasons. I finally got irritated and told him that I didn’t want to go anywhere. That’s when he said, ‘Let’s go’.”

We wish them a lifetime of happiness.

Juhi Parmal Shares How She Broke The News Of Her And Sachin’s Divorce To Daughter, Samaira
Arjun Kapoor Denies Rumors Of Marrying Girlfriend Malaika Arora, “I Am Not In The Zone To Get Married”
Bigg Boss 13 Spoiler: Sidharth Shukla-Rashmi Desai Gets Intimate In Bed As They Re-Create A Scene, Watch VIDEO
PM Narendra Modi Is Spotted Pulling Akshay Kumar’s Son Aarav’s Ear; Take A Look At The Unmissable Picture