Aishwarya Rai is one of the prominent Bollywood actresses who got the opportunity to collaborate with late choreographer Saroj Khan. Saroj Khan’s daughter Sukaina Nagpal revealed some previously unseen photos of her fan moments with Aishwarya when she joined her mother on set. 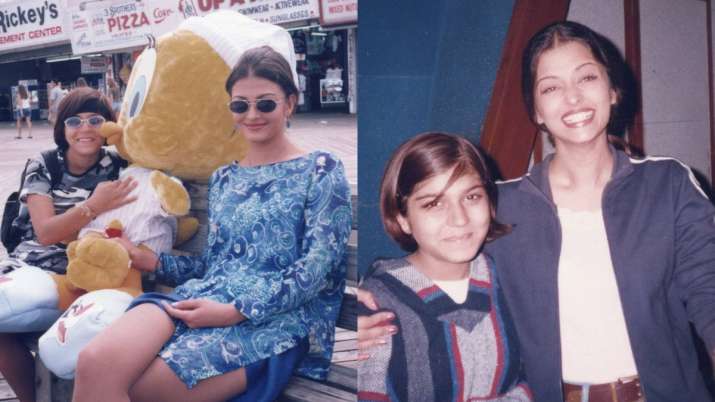 Sukaina captioned the photos on her Instagram account: “Thank you for being the person you are, Ash Di (heart icons). There’s a lot of love here.” Sukaina is seen as a small child, seated on a bench with Aishwarya and a stuffed animal in between them in the first photo. The photo seems to be from the time of Aishwarya Rai Bachchan’s 1999 film Aa Ab Laut Chalen, in which she appeared with Akshaye Khanna. Aishwarya wrote, “May your spirit find rest. As our Film Industry’s Dance Guru, she is widely recognized, revered, and adored truly a Legend. It’s been such a delight to dance with you on so many beautiful occasions. Thank you for all of your duas and blessings and your unconditional love. You will be surely missed.”