TV actress, Ankita Lokhande and Vicky Jain are dating each other for a while now. Currently, Ankita is gearing up for the release of her show Pavitra Rishta 2. Along with her co-actor Shaheer Sheikh, she is busy promoting the show these days.

Ankita and Shaheer recently appeared for an interview to discuss their upcoming show. In the same conversation, Shaheer accidentally revealed Ankita and her boyfriend Vicky’s future marriage plans. 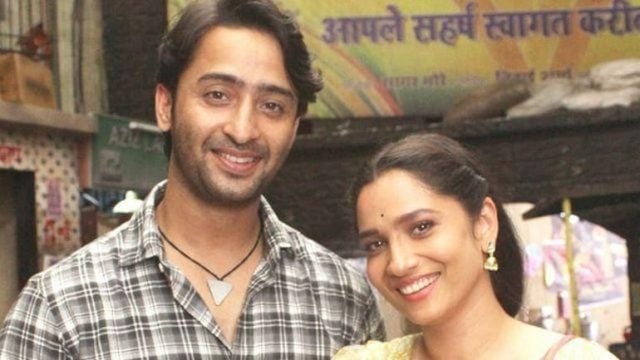 In an interview with Bollywood Hungama, Ankita was asked about her plans after Pavitra Rishta 2. The actress laughed and shared that she has nothing to do after the show. Shaheer who was also present there spoke in between said, “Come on, you’re getting married!”

Ankita was shocked by Shaheer’s comment and instantly asked him to shut up. She denied, “Shut up, Shaheer, are you mad? Shut up, shut up, shut up, no, no nothing like that.” She added, “I’m not doing anything, I’m starting something from February.”

In May this year, Ankita Lokhande revealed that she was looking forward to getting married to her boyfriend Vicky Jain. The actress has been dating the businessman for three years now. The two had celebrated their anniversary in April.

Ankita told Bollywood Bubble, “Marriage is very beautiful. Yes, I am super excited about my marriage, which is going to be soon. I am hoping for that. And I really like that Jaipur-Jodhpur Rajasthani weddings. But I am not really sure what will I plan.”

For the unversed, Ankita Lokhande was in a serious relationship with late actor Sushant Singh Rajput before Vicky. The two had dated each other for six years until they called it quits in 2016. Sushant passed away last year on 14 June.

In Pavitra Rishta 2, Shaheer Sheikh has stepped into the shoes of late actor Sushant Singh Rajput’s character of Manav.