After winning accolades from fans and critics for the portrayal of Kabir Singh, Bollywood star Shahid Kapoor is back with another intense on-screen character. His recently released trailer of the upcoming movie Jersey is breaking the internet. As Shahid is coming back to theatres after a long time, his fans are getting restless to watch him spread magic all over.

The fans of the actor have given a thumbs up to theatrical of Jersey. Now, Shahid is gearing up for the promotions of the film and he is beginning it with song releases. On Sunday, the actor shared a video on his Instagram profile, in which he can be seen singing. Sharing the clip of singing skills, Shahid wrote, “Good morning, gaana aae ya na ae, gana chahiye.” 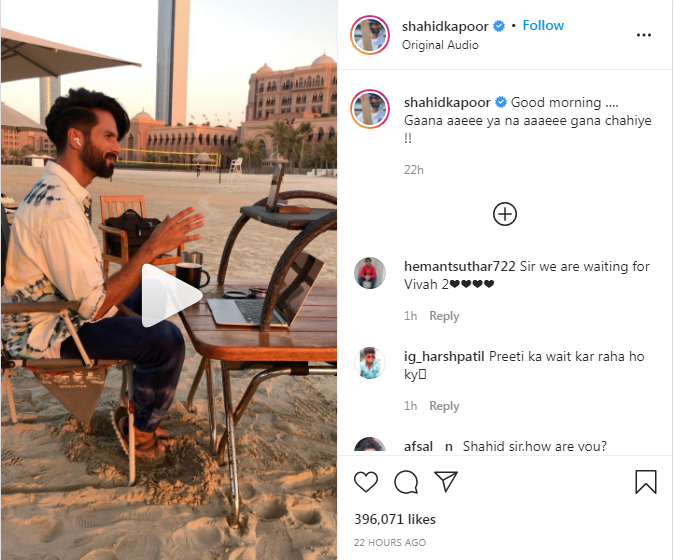 With his video, Shahid decided to surprise his fans. He sang the title track of Jersey, Mehram Tu Hi Hain Mera when one of his fans requested him to sing a song. The video is going increasingly viral on social media.

In another post, Shahid can be seen joking around for his singing. He penned, “I have released the song before the song has even been released. Sachet and Parampara, please don’t kill me for this! But I love this song so I had to sing it.” 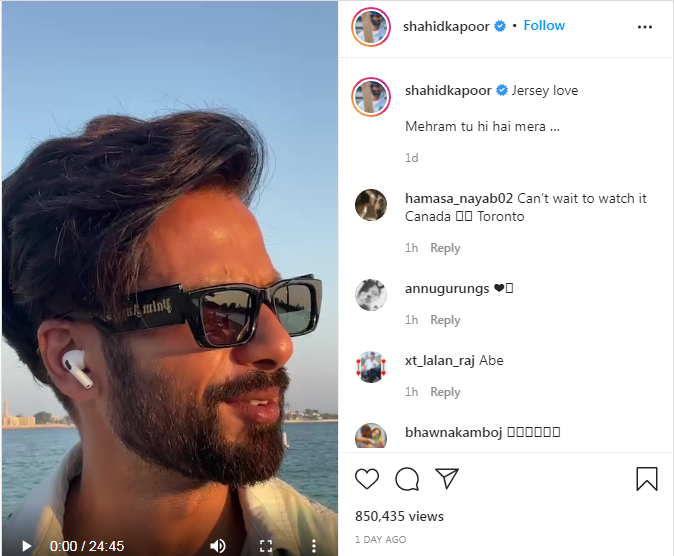 On the professional front, Shahid Kapoor will be seen showing off his fine acting chops in Gowtam Tinnanuri’s directorial Jersey which is a Hindi remake of the 2019 Telugu movie of the same name. The film is Shahid’s second cricket-based movie after Dil Bole Hadippa. It features Mrunal Thakur as Shahid Kapoor’s wife and his father Pankaj Kapur as his mentor. The film will release on December 31, 2021.

For the unversed, Shahid Kapoor made his Bollywood debut with the film Ishq Vishk in 2003. Since then, he has done many hit films like Vivah, Jab We Met, Udta Punjab, Kabir Singh among others.