Maria Kuriakose, who belongs to Thrissur, Kerala, launched Thenga. The brand manufactures bowls and other products made out of coconut shells, which were otherwise discarded as waste.

Like many others, Maria always dreamt of starting her own business. She had no innovative idea for it and so she went with the flow.  The 26-year old after completing her Masters in Business Administration in 2017, went on to work with a corporate company. She quit that job within one year because she wanted to work at a place that empowered the underprivileged. So, joined a social enterprise in Mumbai that worked with women in slums to make sustainable sanitary pads. It was after quitting this job in 2019 that she began her business which is one of its kind in India.

When talking about how the idea for business popped up in her mind, she revealed that a visit to a coconut oil mill in Thrissur gave her the much-needed inspiration for her business. Her father helped her by setting up low-cost machinery for the same

“Coconuts are a versatile crop, where every part can be utilized. But I noticed that the coconut shells were being discarded. Researching further, I understood that a few businesses use them to make activated charcoal, else they’re burned as fuel. Earlier, several artisans around Kerala used the shells to make ladles for serving food. Today, these products don’t find much value and the artisans practicing the craft have also reduced,” says Maria.

This guided her to launch a brand named Thenga, which means coconut. The brand has sold over 8,000 coconut shell-based products.

After zeroing in on the idea for her business in 2019, Maria spoke to artisans and experts who were making its byproducts. She spent a few months understanding how the shells were sorted and how the final product was made.

Revealing her experience, Maria said, “I learned that to make products from coconut shells certain machinery was required. This is mainly to scrub the outer and inner parts of the shell to give it a smooth finish.”

However, she was not ready to invest a large amount of money in purchasing machinery for just doing a trial run. At this moment, her 65-year-old father, Kuriakose Varoo, who is a retired mechanical engineer, stepped in to help. He knew what was needed to make a low-cost version of the machine. And by referring to YouTube videos, he designed and replicated the low-cost alternative of the sanding wheel. 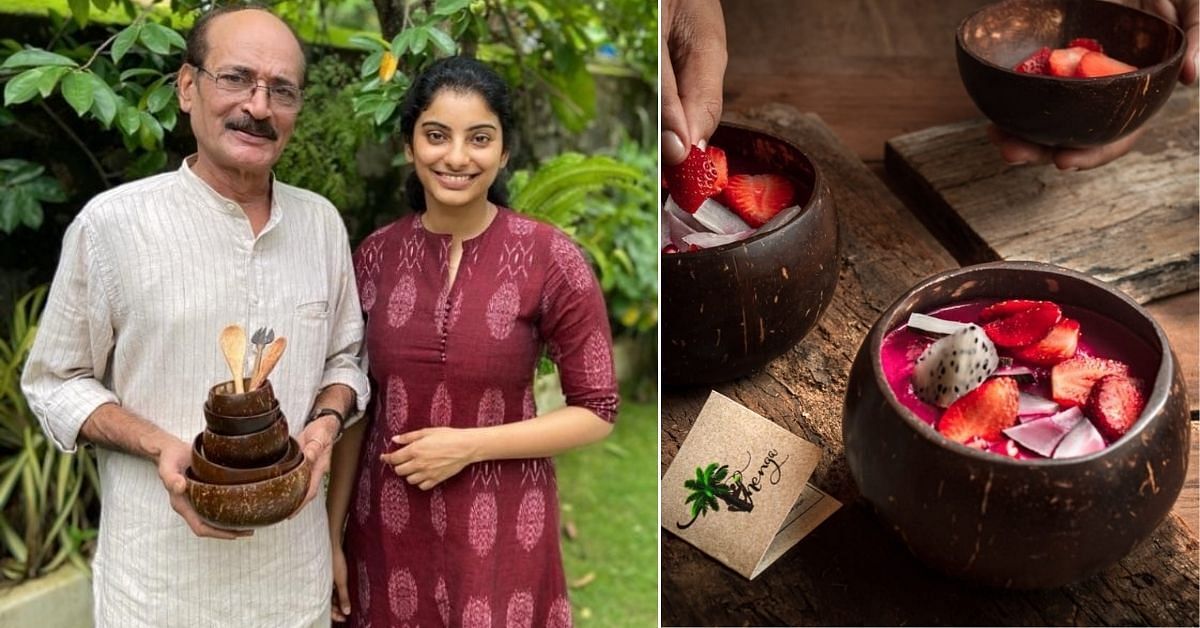 Talking about the same, Maria said, “By purchasing the spare parts at a hardware store, my father recreated the sanding machines required to smoothen the inner and outer parts of the coconut shell within a few days. He recycled a handheld drill that was in our home and made different fittings such as a buffer and disc sander. My mother, Jolly Kuriakose, also helped by sourcing various sizes of coconut shells from our backyard and an oil mill nearby,” says Maria.

After all the struggle and research, everything got set up and Maria started receiving orders. Once the orders were delivered, the feedback she received was overwhelmingly positive. Her coconut-based kitchenware items are available on e-commerce platforms and her social media pages.

Initially, Maria and her parents employed themselves to complete the orders. But once Maria started receiving more orders, she started feeling that it would be inconvenient to manufacture all products at home. So, she decided to hire artisans for the same.

Maria stated, “I reached out to a few artisans in Thrissur, Kottayam, and Wayanad who were making ladles from coconut shells. These artisans primarily do odd jobs like construction to earn a living, but they continue practicing their craft on the side. After explaining about the products made at Thenga, 10 of the artisans were onboard.”

The artisans were briefed on how to maintain the size of the bowls and not use any chemical-based product for adding the glossy finish. Maria’s brand offers various products made out of coconut shells like bowls, teacups, coconut candles, cutlery, and hanging planters. 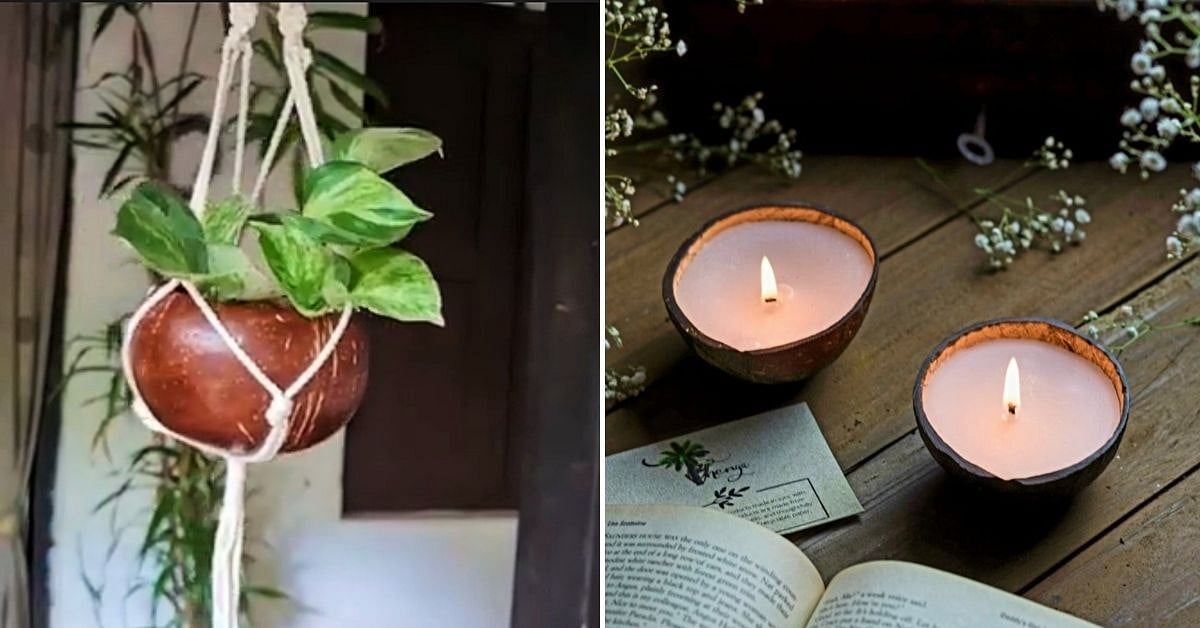 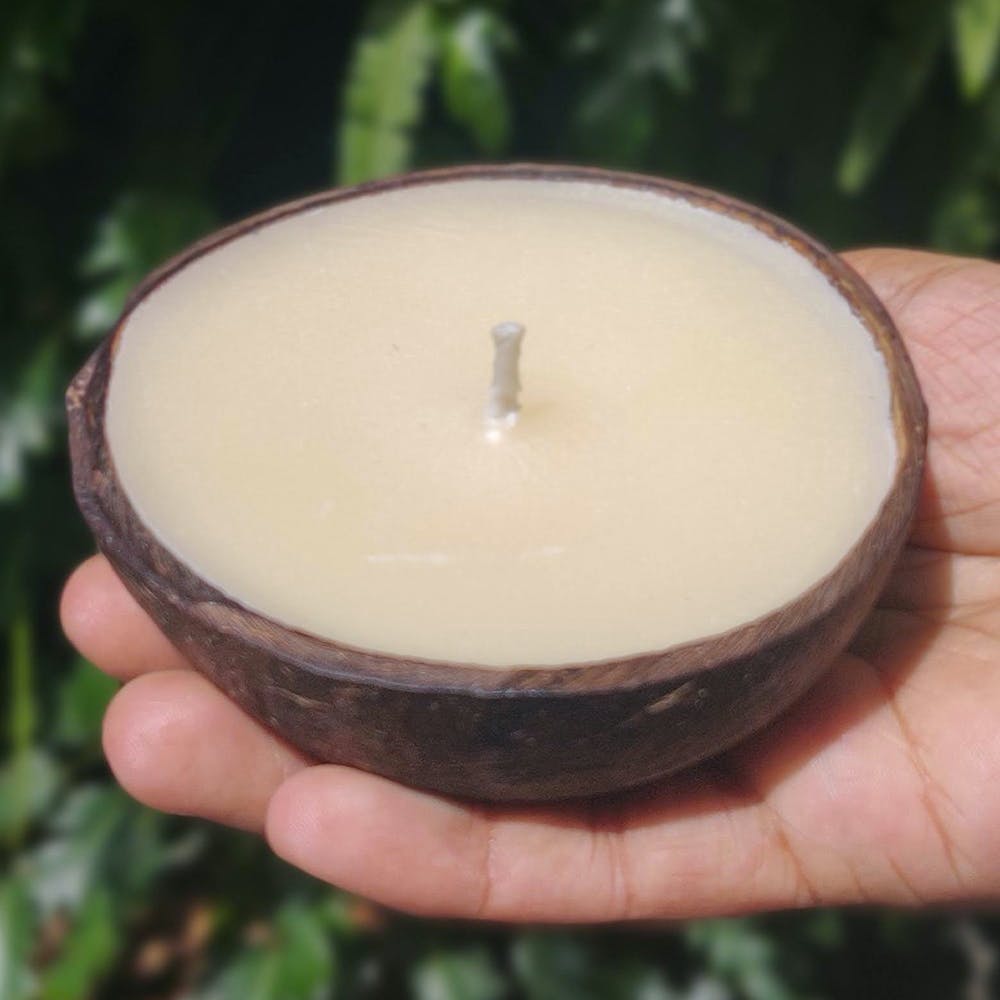 Maria will soon take her business abroad. “In a few months, the products will also be launched in Germany through Amazon,” said Maria. We salute women like Maria and wish her more success.