As Rakhi Sawant is a lot in trend, we thought of bringing you the most infamous throwback controversy of drama queen Rakhi Sawant and controversy king Mika Singh. It grabbed a lot of attention back then and guess what, Mika was dragged to court because of the same incident. In the year 2006, the singer indulged in a controversial (forcible) kiss with Rakhi at his birthday bash. 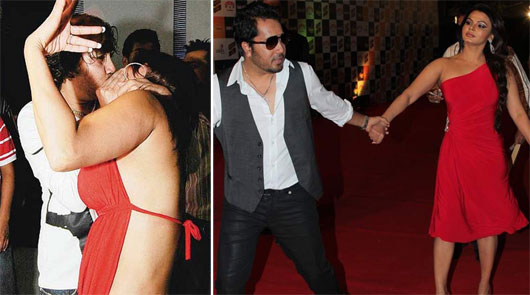 Yes, you read right. However, this infamous kiss also opened doors of stardom for the singer, who was making it to the headlines every now and then, then. In an interview, while speaking about the kiss, Mika Singh had said, “I had thrown a party to celebrate my birthday at Someplace Else Pub in Andheri (Mumbai) and had invited only selected few friends, including famous music director Ashish Sherwood (Rakhi’s ex-boyfriend). I had strictly avoided Rakhi because of her obnoxious temperament. However, to my dismay, she arrived with Ashish and began to be over-friendly with me. I did not bother and was enjoying the party.” 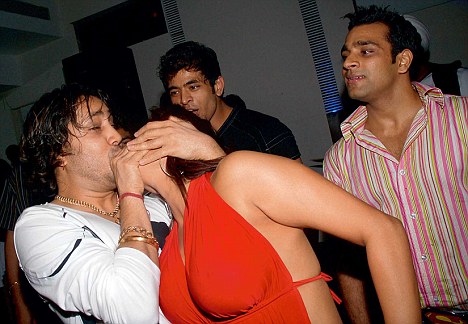 He further added, “Everything was fine and even Rakhi Sawant was enjoying the party. However, things turned dramatic when Rakhi tried to apply cake on my face. I had instructed everyone to not apply cake on my face as I suffer from skin allergy. but Rakhi went ahead despite my warnings, hence I lost my temper and in order to teach her a lesson I kissed her in public.” 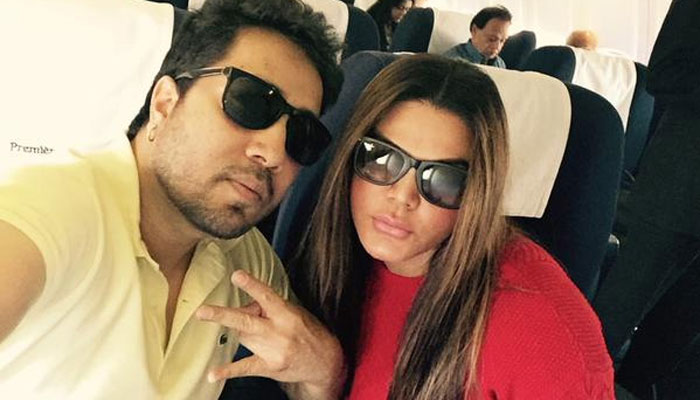 Rakhi Sawant felt molested and created a buzz. She along with her friends began a brawl, wherein her boyfriend tried smashing Mika’s bodyguard’s head with a beer bottle, however, was instead beaten. The dancer then left the party but later dragged Mika to the court by alleging molestation charges. Well, nothing happened even then. Both of them are still in the industry and do manage to grab attention sometime.