Throwback: When Tanuja Revealed How Kajol Confessed To Her About Being In Love With Ajay Devgn

Bollywood’s A-list couple Kajol and Ajay Devgn took everyone by surprise by tying the knot at the actor’s terrace in February 1999. Their love story is no less than a Bollywood film. In fact, how Kajol confessed her feelings about Ajay to her mother Tanuja reminds us of a typical Bollywood movie scene between a mother and daughter. Once, Kajol’s mother Tanuja had shared how the Dilwale Dulhania Le Jayenge actress had told her about Ajay. 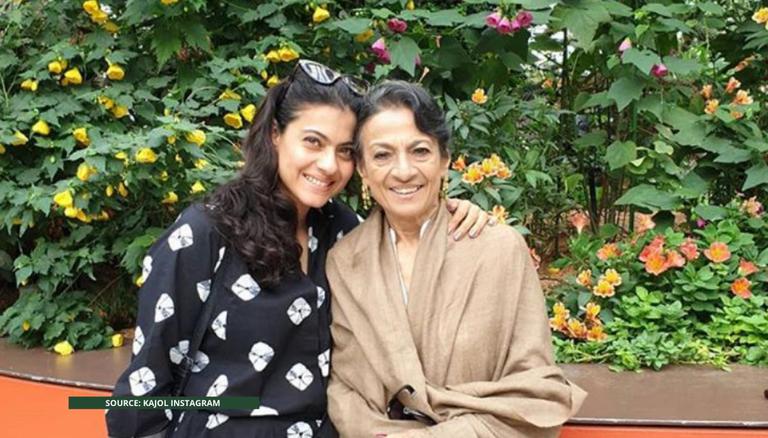 Back in 2012, when veteran actress Tanuja appeared on Raveena Tandon’s talk show, Issi Ka Naam Zindagi along with daughters Kajol and Tanishaa Mukherjee, and son-in-law, Ajay Devgn, she was asked by Tandon about how Kajol broke the news of her relationship with Ajay Devgn to her. To this, Tanuja revealed the entire episode.

Raveena asked Tanuja if Kajol said, ‘Mom, I want to get married and I am marrying Ajay Devgn.’ Tanuja said, “Well, she did actually say that. She comes to me, she had just started shooting her first film with him, and says ‘Mom, I am in love’. I said, ‘Okay. Alright. Who’s it?’ She says, ‘huhhhhhhh you should see his eyes mom.’ I said, ‘Who’s it?’ She said, ‘Oh his name is Ajay’. I said, ‘Okay, who Ajay?’ She said, ‘Ajay Devgn’. I said, ‘Wow, that’s Veeru ji’s son (Veeru Devgn)’.” 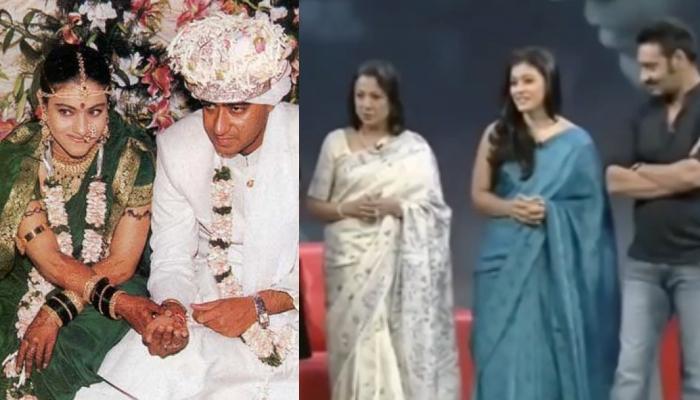 Tanuja further added, “His father was a great (stunt director), he came in when I was working. He was very good looking, very charismatic and there is his son, as good looking or even better looking and as charismatic, if not more.”

Tanisha also spoke about it and revealed that Ajay made all efforts to make a bond with her. She said that he would take her on rides in order to impress her family.

Kajol and Ajay first met on the sets of the 1995 film Hulchul. The two were last seen together in Tanhaji: The Unsung Warrior, which was one of the biggest blockbusters of 2020. The two are parents to 18-year-old daughter Nysa and 11-year-old son Yug.