Vaani Kapoor Flaunts Her Toned Physique In The Latest Bikini Photoshoot, Users Said, “Do You Eat Something?”

Vaani Kapoor is one of those Bollywood actresses who are the best combination of style and fitness. Very active in social media, Vani often shares her pictures on Instagram, in which her bold and glamorous look attracts fans. Now Vaani has posted some of her new pictures, in which she is wearing a yellow bikini dress. Vaani’s toned physique is seen in this outfit and her pictures have raised the temperature of social media. Vani has also written with a photo – Summer Preview. Many fans have reacted to this picture. Some praised by making a heart emoji, while some expressed their feelings by making an emoji of fire. At the same time, many fans commented and called Vaani hot. 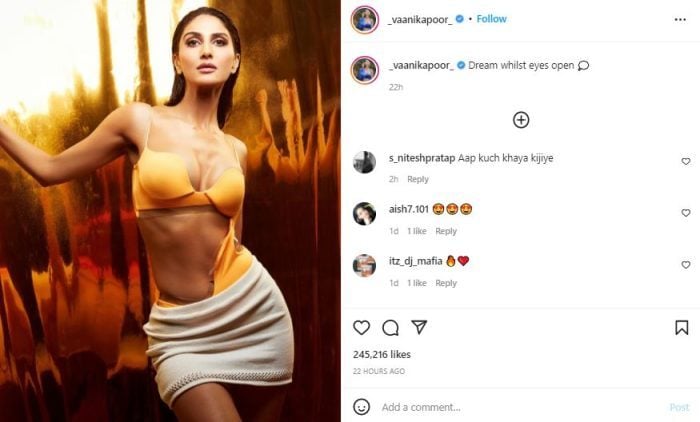 Seeing the style of Vaani in the second picture, it looks like she has lost a lot of weight. With this picture, Vaani wrote – Dreaming with open eyes. This picture has also been liked by many people. However, some users have made witty comments about Vaani’s figure. One user wrote – What is the use of so much money when you cannot buy clothes. Another user wrote – You eat something. Don’t fast too much. Many users wrote that summer has started. Some fans have asked Vaani, what is zero sizes? 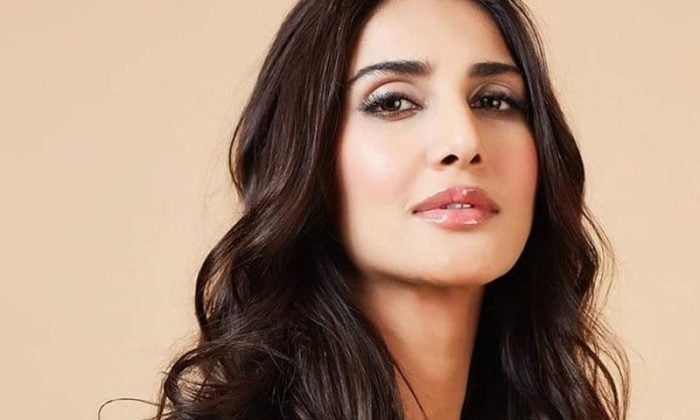 Talking about Vaani’s films, her film Shamshera with Ranbir Kapoor is about to release. The film will release in cinemas on July 22. Shamshera was earlier supposed to arrive on March 18, but Bachchan Pandey is coming on this date. Shamshera is a period action film, whose story is told during the British rule. Sanjay Dutt will also be seen in an important role in the film. In 2021, Vaani was seen in Chandigarh Kare Aashiqui with Ayushmann Khurrana and Bellbottom with Akshay Kumar. Vaani’s last film in theaters was War, in which she played the female lead opposite Hrithik Roshan. The film, which came in 2019, was a huge success.